A police officer sexually assaulted a woman as she ‘sheltered’ in a hotel following an argument with her husband, a court heard today.

PC Rudvelle Walters, 48, allegedly slapped the complainant’s bottom and slipped his hand inside her underwear when sent to conduct a welfare check after the woman was reported missing.

Pc Walters then allegedly sent her a Facebook friend request after asking for her name and telephone number.

Southwark Crown Court was told the woman was so shocked by his behaviour she thought he must have been a friend of her husband’s out for revenge wearing a police costume.

He was suspended from duty after he was charged with sexual assault of the woman at 6am on 5 February 2019 at the Best Western Plus Hotel in Wembley, north-west London.

Police officers speaking to the woman, who cannot be named for legal reasons, raised the alarm when she described the assault to them the next day.

The alleged victim in her 20s, who does not speak English, also claimed and showed to them that Walters had sent a hello message with a heart emoji on Facebook.

Walters denies the assault and claims the two women aggressively gave him a ‘bear hug’, he lost his balance and his cuffs had dug into her as he fell. 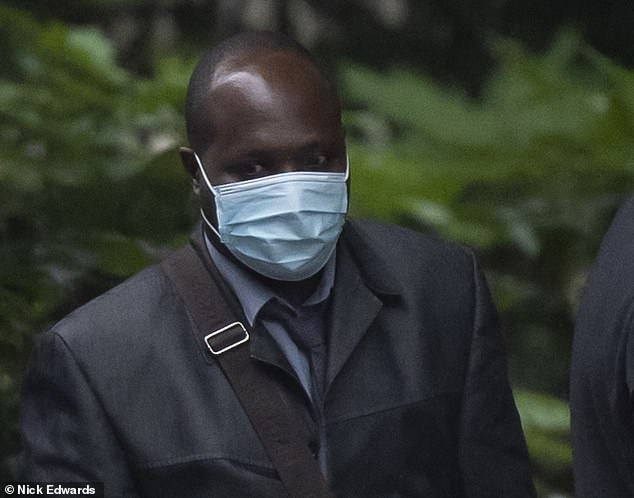 PC Rudvelle Walters, 47, (pictured outside Southwark Crown Court today) is charged with the sexual assault of a woman in a Wembley hotel

He claims the social media interaction was because the woman had sent a friend request on his phone, as he was unfamiliar with how it worked, and the ‘hello’ with the heart was an automatic suggestion that was sent by mistake.

The Met made a mandatory referral to the Independent Office for Police Conduct (IOPC) who carried out an investigation.

Walters was initially placed on restricted duties and was subsequently suspended from duty.

Prosecutor Abigail Husbands said: ‘The defendant in this case is a serving police officer.

‘As part of his duties, he attended a hotel room to conduct a welfare check on a lady who had been reported missing: she was sheltering with her friend, having had an argument with her husband.

‘The officer attended to check that she was safe and well. Rather than doing this from outside the hotel room itself, he went into the room and whilst there, he sexually assaulted the missing woman, by putting his hand into her underwear.’

Ms Husbands said that two police officers were assigned to the call, with one remaining at the station conducting enquiries and the other, Walters, going on scene visits.

She said: ‘[The woman] was there with a female friend of hers. She had had an argument with her husband and had left her home during that argument with nothing but the clothes she was wearing.

‘She was then at the hotel with her friend to have a break from the argument. She had nowhere else to go. Her husband must have phoned the police and reported her missing. 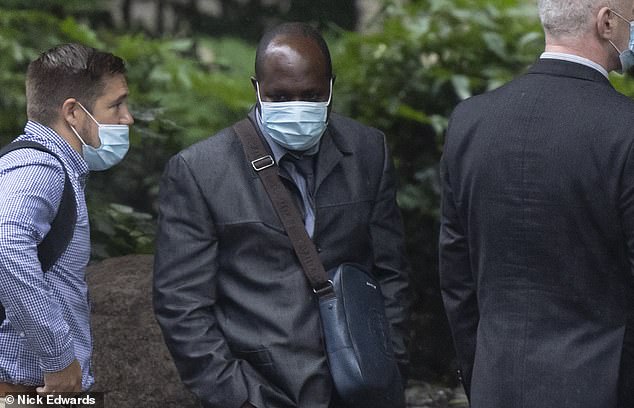 The officer, who was attached to the North West Command Unit, denies the assault and claims the two women aggressively gave him a ‘bear hug’

‘You will hear [the woman] say that she woke, and saw that she had had a number of missed calls.

‘Police explained that she had been reported missing. She agreed to give police her location as long as they did not pass it on to her husband. She sought that reassurance. She said she was safe and well.

‘Police said that they would send a police officer round just to check on her that they could confirm that she was safe and well.

‘He arrived at the hotel at 6.07am, he was wearing police officer uniform and had a police beanie on. [The woman] wasn’t expecting him to go into the hotel room, her friend was still in bed.

‘She had thought that he would just show his ID at the hotel room door and that would be it, but that is not what happened.’

The prosecutor said: ‘Whilst in the room, PC Walters talked to [the woman] about the argument with her husband, how long she had been in England. 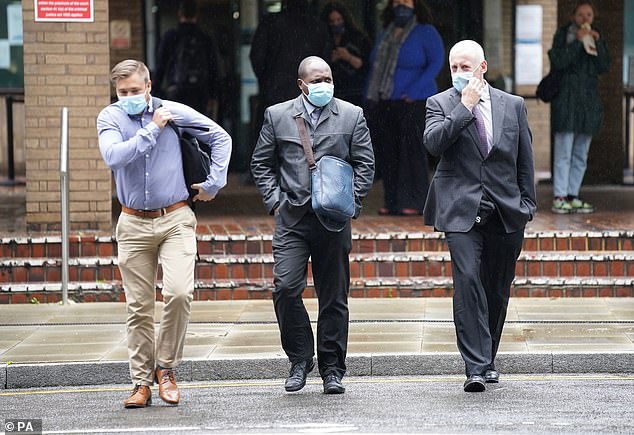 He was suspended from duty after he was charged with sexual assault of the Polish woman at 6am on 5 February 2019 at the Best Western Plus Hotel in Wembley, north-west London

‘She said it was very early in the morning and was happy to go to the police station to discuss it all in detail the following day rather than discussing it then.

‘She was told it was procedure to give her name, surname and phone number and she did so. He then found her on Facebook and sent her an invite to become friends on Facebook with her.

Ms Husbands continued: ‘[The woman] tried to get him to stop. She was feeling stressed, she’d never been in a situation where she’d been reported missing.

‘She noticed that his body-worn camera was not on as the red light wasn’t flashing. Her husband worked in security so she knew how the body worn cameras worked.

‘She became concerned that he may not in fact be a police officer at all, but something to do with her husband. 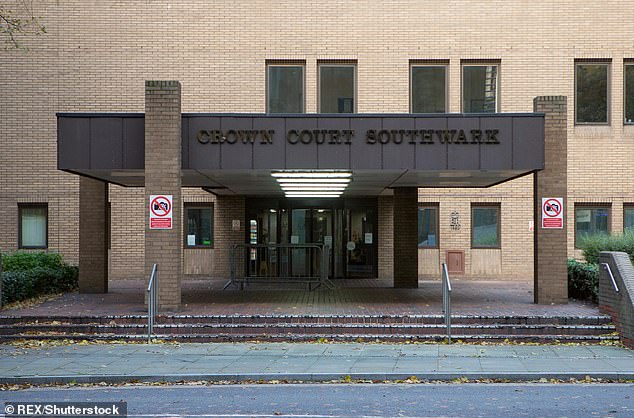 The prosecutor said the sexual assault made her ‘extremely shocked’ and that the officer said he would come back after his shift ended at 7am to bring some food despite her saying she was not hungry.

PC Bradley heard back from Walters at 6.33am, and she remembered that she heard from him in a 50 second call and that it was just a domestic argument.

Ms Husbands added: ‘After PC Walters had left the hotel room, [the woman] went back into her hotel room. Her friend was in tears. [The woman] said that it must have been someone sent by her husband, as the man could not have been a police officer.

‘Later, [the woman] looked at her phone and saw some emojis on her Facebook messenger. It said hello with a heart on them. She could see they had been sent from from Rudy Sretlaw – Walters backwards.

‘They had been sent to her from the officer’s Facebook account, probably after his shift had finished.

‘The following day, [the woman] attended the police station to deal with what had happened in relation to her husband.

‘Whilst she was there and speaking to officers, she told them what had happened with the police officer that had come to her hotel room.

‘She described his distinctive hat and showed police the Facebook message from him.’

Southwark Crown Court heard Walters was arrested on suspicion of sexual assault on 6 February 2019 and gave a pre-prepared statement that he did not slap the bottom or put his hand down the knickers of the missing female.

Walters, from Luton, who wore a grey shirt, coat, tie and blue medical facemask in the dock, denies sexual assault.