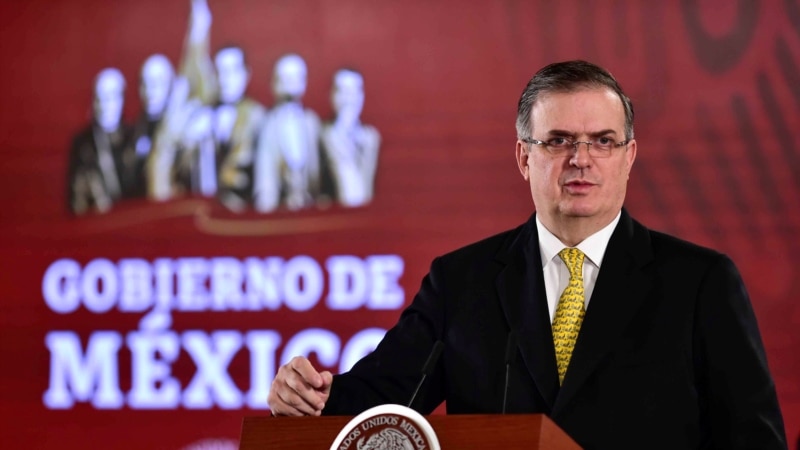 The Secretary of Foreign Affairs of Mexico, Marcelo Ebrard, arrives in Washington on Monday to meet with US authorities and advance on development cooperation issues and prepare for participation in the Summit of the Americas to be held next month in Los Angeles. Angels.

This was announced by the President of Mexico, Andrés Manuel López Obrador, after holding a telephone call on Friday with his counterpart Joe Biden.

For his part, the foreign minister reported that his trip would be focused on addressing the phenomenon of migration in Central America.

Texas Governor Greg Abbott signed agreements with his border counterparts from the states of Chihuahua, Coahuila, Nuevo León and Tamaulipas after toughened security checks to prevent human trafficking and smuggling, imposed by him, from interrupting trade between nations.

The episode sparked anger for the Mexican president, who described Texas’ behavior as “vile” while his foreign minister, Marcelo Ebrard, weighed in on Saturday with his own criticism.

“Let me put this in quotes, it is the extortion scheme, rather an extortion: I close the border and you have to sign what I say, that is not an agreement, an agreement is that you and I agree on something”, Ebrard told the news network Millennium during a visit to Nuevo León.

Abbott’s office did not immediately respond to Reuters requests for comment made outside normal business hours.

Ebrard did not disagree with the Mexican governors, saying that no alternative had been presented to them.

“We are not going to be willing for a governor to extort money from Mexico, we are never going to allow that,” added the official.

A spokesman for the Mexican Ministry of Foreign Relations said that Ebrard had been interviewed by Millennium.