Spy chiefs only informed the Foreign Secretary that the agent had gone rogue when their omission was flagged by an indepdendent regulator.

The intelligence agency had been asking the minister, understood to be either Dominic Raab or his predecessor Jeremy Hunt, to renew the authorisation for the foreign agent’s acitivies abroad.

But spy chiefs were not transparent about the agent’s behaviour and did not make ‘expressly clear’ that their spy had probably crossed ‘red lines’ when requesting the authorisation, Britain’s intelligence watchdog has revealed in their annual report.

The Investigatory Powers Commissioner’s Office (IPCO) has censured MI6, or the Secret Intelligence Service (SIS), for a range of shortcomings in its handling of its agents in the report. 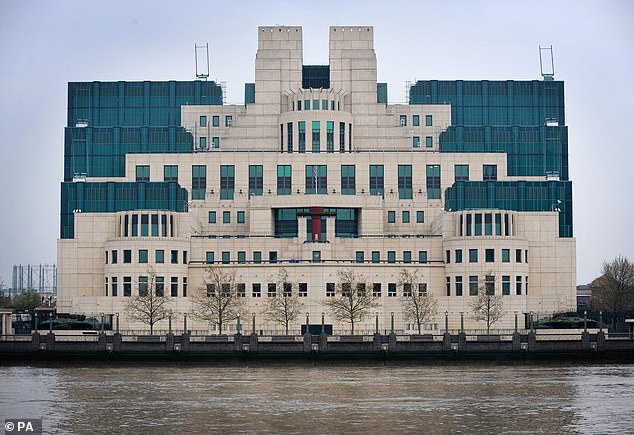 The Investigatory Powers Commissioner’s Office (IPCO) has censured MI6, or the Secret Intelligence Service (SIS) (pictured, SIS headquarters in Vauxhall, London), for a range of shortcomings in its handling of its agents in the report

The rap includes a recommendation that the Government ‘ought carefully to consider’ if tighter oversight is needed over the operation of Britain’s spies abroad.

The watchdog, which oversees MI5 and MI6, said the case of the rogue spy had come to light in a review of a submission made by MI6 under Section 7 of the Intelligence Services Act.

Also known as the ‘licence to kill,’ Section 7 enables British agents abroad to break any law without fearing prosecution in the UK, assuming the written permission of the serving foreign secretary.

IPCO reviewed the case of what it called the ‘high-risk’ agent, who SIS had discovered ‘may be involved in serious criminality overseas’.

‘SIS did not encourage, condone or approve any such criminality on the part of their agent,’ the report says.

SIS had gained the agent’s ‘full transparency about the activities in which the agent was involved’.

The agency had then spelled out some clear ‘red lines’ governing ‘conduct that was not authorised and would result in the termination of SIS’s relationship with the agent’. 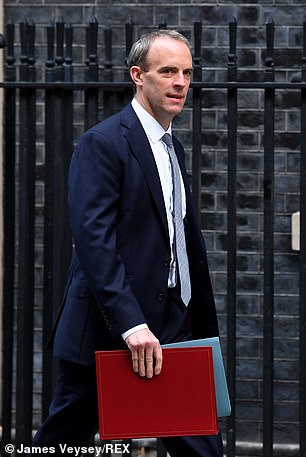 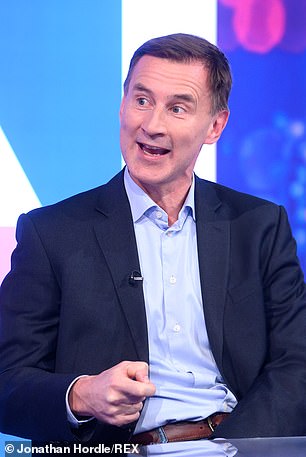 The intelligence agency had been asking the minister, understood to be either Dominic Raab  (pictured left) or his predecessor Jeremy Hunt (pictured right), to renew the authorisation for the foreign agent’s acitivies abroad, but failed to give them complete information, including that the agent had likely crossed ‘red lines’

‘On renewal, six months after the original submission, SIS set out a number of indicators that the agent may have been involved in, or have contemplated, the serious criminality referenced above,’ the IPCO report says.

‘We concluded that, on the basis of this new information, SIS’s ‘red lines’ had most likely been breached, but the renewal submission failed to make this clear.’

IPCO said while SIS’s submission provided information about criminality that may have occurred and noted an increased risk in the case, ‘it did not make expressly clear (to the Foreign Secretary) that SIS’s “red lines” had probably been crossed’.

‘We concluded that the renewal did not provide a comprehensive overview of available information which we believe would have provided the Secretary of State with a fuller and more balanced picture,’ the report said.

MI6 immediately responded to concerns by ‘updating’ the foreign office.

However, the watchdog’s report did not say whether the agent had been allowed to continue serving with MI6.

Dan Dolan, the deputy director of Reprieve human rights group, said: ‘While our intelligence agencies do a vital job, this report rings alarm bells in its account of agents run amok.’

Commenting on the report on Tuesday, Prime Minister Boris Johnson said: ‘This Report demonstrates the high quality of the oversight of our security and intelligence agencies’ use of the most intrusive powers.

‘I am satisfied that our arrangements are amongst the strongest and most effective in the world.’

Minister reveals nearly 140,000 Brits have already been vaccinated against Covid