MICAH RICHARDS AND CHRIS SUTTON: Joy for Jude, Scottish success and how Gerrard saved the day

Good friends Micah Richards and Chris Sutton joust over the Tartan Army, Belgium v England and how Stevie G once saved the day.

RICHARDS: We shouldn’t be talking about England. Isn’t it all about Scotland today? Then again… you’ll be taking the glory for this somehow, won’t you?

SUTTON: Well actually, I did some filming this morning for BT Sport, Micah. Do you want to know what I wore? Yep, a Scotland shirt! I’m delighted for them! I really am! 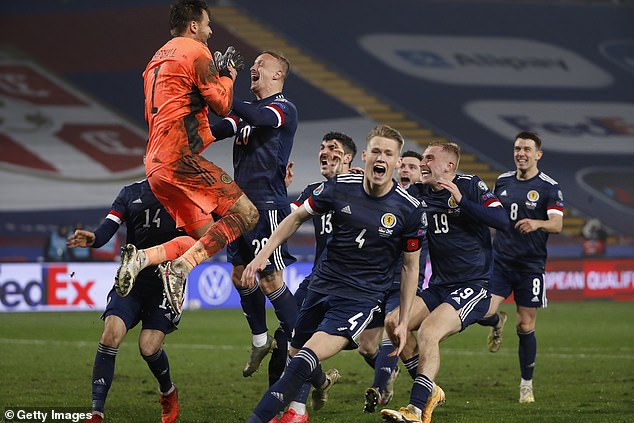 It’s been 22 years since Scotland qualified for a major tournament and the pressure of that shoot-out on Thursday night… David Marshall was a young guy coming through at Celtic when I was there and I don’t want to take credit for his brilliant penalty save against Aleksandar Mitrovic, but I used to whip balls past him from the spot in training every day. He never saved one in all the years I was at Celtic!

I knew the education I’d given him would come in handy in later years and get Scotland to a major tournament via a penalty save!

SUTTON: Ah, you know I’m just kidding around! I didn’t want to jinx him but I knew when it went to penalties Scotland would win. He’s a very good keeper. Barcelona versus Celtic in 2004, we go to the Nou Camp and he gets us a clean sheet. A year later, he saves a penalty against Ronaldinho. He is a lovely lad — I say ‘lad’, he’s 35 — but I’m delighted for him and the players.

Now, on to England. Are you pleased for Jude Bellingham making his debut against the Republic of Ireland, Micah?

RICHARDS: It’s a proud moment for him. But it is also a proud moment for English football. Look at the players who were on that pitch and then he comes on, too. He’s not at a mid-table Premier League club. He’s gone to Borussia Dortmund, one of the most exciting sides in Europe, and to see him get his chance is just fantastic. I was buzzing for him.

SUTTON: It was a nice little 15-or-so minutes. It’s good he got the opportunity but the debate with Bellingham is should he have been in that squad ahead of James Maddison or Harvey Barnes?

But Gareth wasn’t just taking a look at Bellingham in the game. He called him up to see how he fits in with the squad, how he trains, how he is as a person, and I can understand that.

I haven’t seen Bellingham play enough to pass judgment yet. He’s only 17 years old but there must be something there for him to achieve what he has. To break into the Birmingham team at such a young age, then make a high-profile move to Dortmund, there’s clearly talent there. 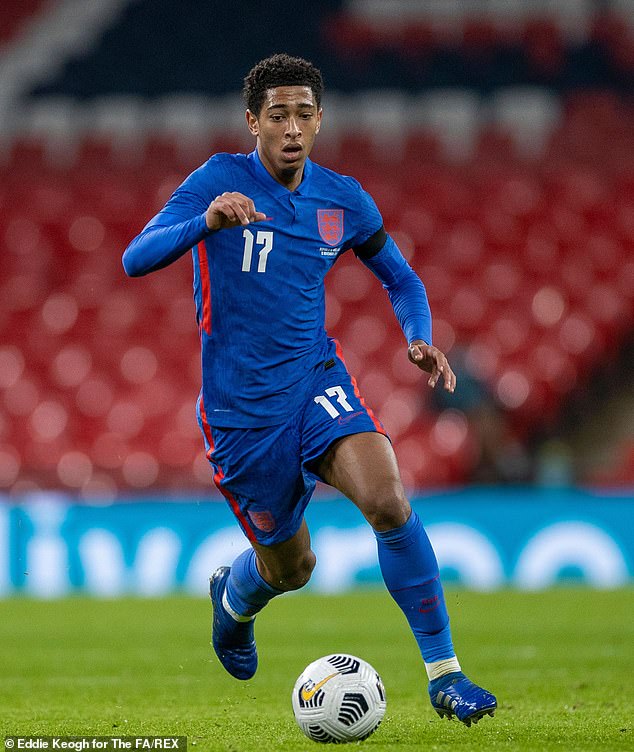 RICHARDS: My experience of being called up at such a young age was different and that is no disrespect to the squad now. They have probably got better harmony and the team probably has more cohesion and spirit. We just had superstar players.

I walked into that dressing room with David Beckham, Steven Gerrard — one of my favourite players of all time. Then you have got John Terry, Rio Ferdinand, Ashley Cole, Sol Campbell. The difference for me going into that squad at 18 was the level was too high. I felt like a lost sheep.

SUTTON: I remember meeting up for the first time and it’s daunting. You see the big names, the likes of Paul Gascoigne, Tony Adams, those types. Big figures. Household names. It’s like your first day at school, Micah. You start on the bottom rung and there’s a nervousness when walking in because you don’t know what to expect. As long as you don’t do something stupid like bring in the wrong P.E. kit…

RICHARDS: Les Chapman, the kit man at Manchester City, had put my bag together before I was going away to meet up with England. But he put four left-footed boots in. My first ever call-up! Can you believe it? I was never someone who wanted new boots for a big occasion. I always wanted something that I had broken in.

SUTTON: Some might argue you played with two left feet for a large part of your career. But come on! So you had four right boots sitting somewhere at a training ground? Deary me. 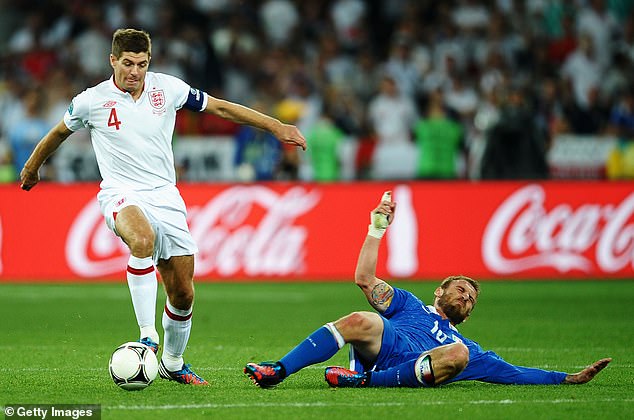 RICHARDS: The service from Chappy was always outstanding. This was just a genuine mistake. There I was, getting ready to train and I’m feeling on top of the world. I’m checking my boots, then I realise what has happened. Luckily, Gerrard’s room was just across the corridor.

I didn’t really know him but I knocked. He came out the door and I said to him: “Stevie, I know this sounds ridiculous but please can you help me?” I told him I had brought the wrong boots.

Stevie turns around and says: “Don’t worry about it, mate. Hang on… Here you go.” He’s come back with a pair of boots. My first ever session with England was in Steven Gerrard’s boots! It was unbelievable! I said to him: “Can I have these forever!” I was just in awe of him. What a player and what a man.

He was an eight-and-a-half. I was a nine-and-a-half but I didn’t care. I just thought: “I’m playing in Steven Gerrard’s boots!” Nobody knew it.

SUTTON: How did you find out you’d been selected?

RICHARDS: I was in the barber’s. I’m 18, so I have no expectation about being in a squad. Steve McClaren calls me. He said it was him: “Hello Micah, I want you involved in my squad.” But I didn’t believe him, so I put the phone down. Next thing, the phone rings again. It’s a withheld number. I never answer withheld numbers. So I ignore it. Then it rings again. It’s the same voice: “Look, son, I’m serious.” I was like wow! I’m in a barber shop in Moss Side and the England manager calls!

SUTTON: Nothing like that happened to me. First of all, I wouldn’t have been getting a short back and sides like you in Moss Side. My mum cut my hair until I was 15, then my grandmother’s hairdresser gave me trims while I was on the books at Norwich!

But back in the day, our clubs used to let us know. We never got a call from the manager. The only conversation I had with an England manager on the phone was with Glenn Hoddle after he’d asked me to play for England’s B team. I refused and never played internationally again. 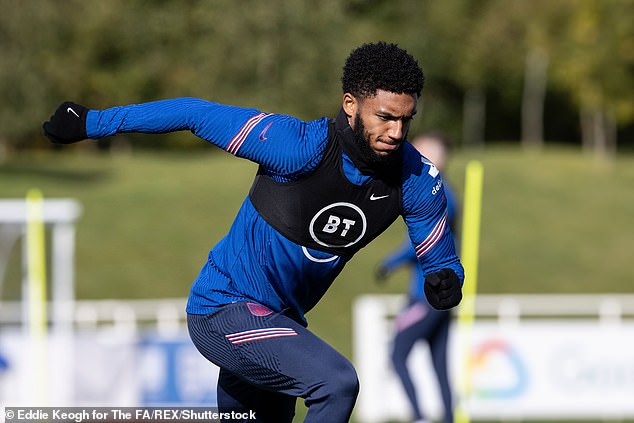 How about Joe Gomez rupturing his knee tendon on Wednesday? That was desperate news

RICHARDS: I know. I was at St George’s Park on Tuesday and spoke with him. He’s so humble. I was talking to him about winning the Premier League and Champions League and he will not give himself any credit. He just kept talking about getting his form back to where it should be.

People don’t understand what it is like to come back from a serious injury. Even when you return, you can play games but you know you don’t feel 100 per cent right. For some people it takes 18 months to get back to their best.

To see him get injured, it’s horrific. You can get over muscle injuries but when it is your knee, it is different.

He is going to be a big miss for Liverpool and England. He’s an incredible talent — a top player and an even better person. But he will get back from this: he’s got the best physios supporting him. They will get him back.

SUTTON: Though it is incredibly unfortunate for him, it is an opportunity for someone like John Stones — if he can escape City. Who will be our back three at Euro 2020? Right now, you’d say Kyle Walker will be one of them, Harry Maguire, and maybe Tyrone Mings or Michael Keane.

RICHARDS: Stones hasn’t done a lot wrong for England. It’s the fact he is not playing. If England want to play with three at the back and for a centre half to come out with the ball, there is no one better than John. He might have to assess his situation in January. If he wants to go to the Euros, he might have to go out on loan. 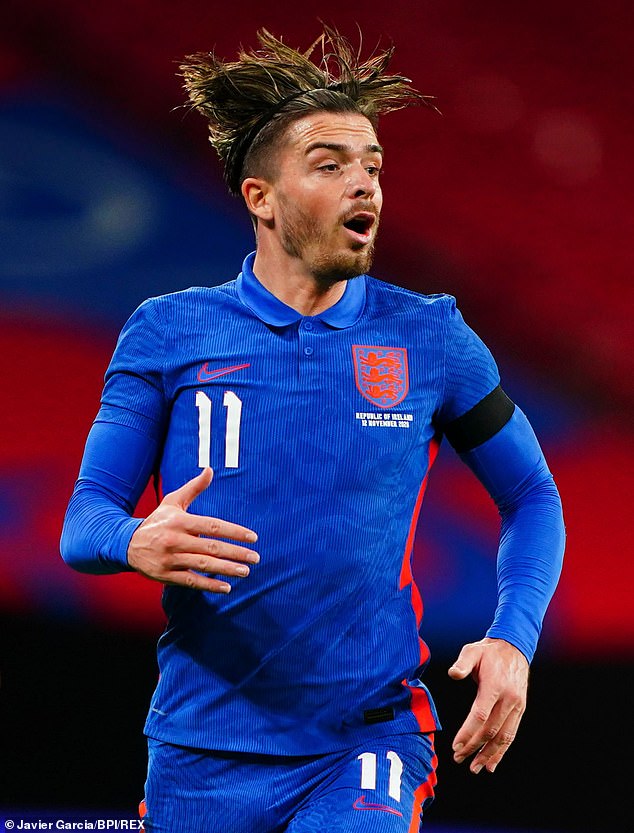 SUTTON: On to the Belgium game. Ireland were anything but organised, and Belgium will be a world away from that. That’s where the team selection will be interesting.

You’d expect Southgate will go with his stronger side. Raheem Sterling wasn’t on the bench against Ireland but you suspect England were saving him for Belgium. But with your favourite Jack Grealish, I’d like to see him given a crack against better opposition. You can’t judge him off the back of facing Ireland. But Belgium are still ranked the best in the world.

RICHARDS: You know my feelings about him, Chris! You are preaching to the converted. I knew you would come around to my thinking one day!

SUTTON: Let’s see how he does against them. Can he unlock doors in a big game rather than a low-intensity friendly? Right now, would Grealish start ahead of Sterling or Marcus Rashford at Euro 2020? I wouldn’t say so. I don’t think many people would. But maybe he needs to be tested against a team like Belgium.

RICHARDS: I’ve been working with Roberto Martinez for American TV, covering Champions League games. I know how in-depth he goes into games. He’ll approach this with absolute intensity.

But I like the way England play. It will be interesting to see who Gareth picks. Roberto said he was pleasantly surprised about how good England were last month. He is always singing the praises of English talent. But he will want to win that game.

England are better than people give them credit for and they always manage to get a result. I’m looking forward to the game.

Heart disease deaths have risen by 5,000 since the start of the coronavirus pandemic, figures show