Senior Government minister Michael Gove and his journalist wife Sarah Vine are to split after almost twenty years of marriage, a joint spokesman for the couple said.

The high-profile couple married in October 2001 but have decided to end their relationship and are ‘in the process of finalising their divorce’.

Their spokesman said: ‘Michael and Sarah have agreed to separate and they are in the process of finalising their divorce. 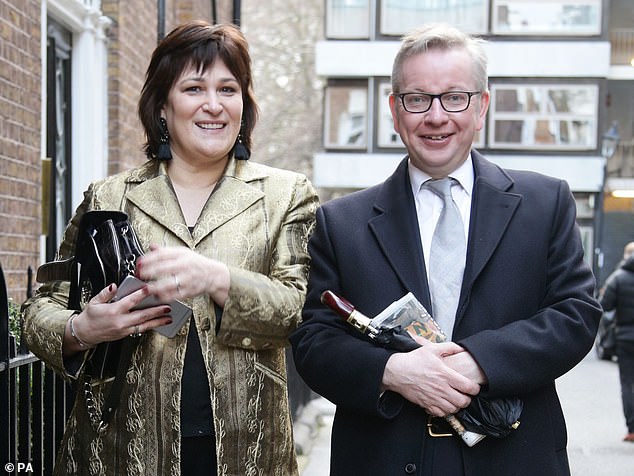 Senior Government minister Michael Gove and his journalist wife Sarah Vine (pictured) are to split after almost twenty years of marriage, a joint spokesman for couple said this afternoon

‘They will continue to support their two children and they remain close friends.

‘The family politely ask for privacy at this time and will not be providing any further comment.’

A friend of the couple insisted the Gove-Vine split was ‘entirely amicable’, and that no third party was involved.

The friend said: ‘This is a difficult and sad decision for Michael and Sarah after 20 years of marriage.

‘It is an entirely amicable separation and there is no-one else involved.

‘They have drifted apart over the past couple of years but they remain friends.

‘Their absolute priority is the children.’ 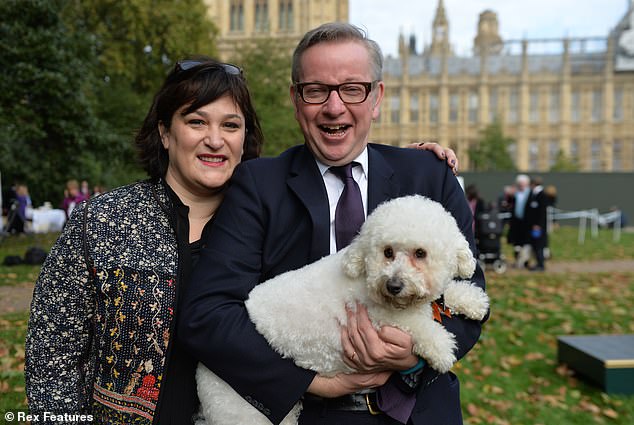 The family are seen as well connected in the Conservative Party, with Ms Vine a godmother to one of former prime minister David Cameron’s daughters.

Samantha Cameron and Ms Vine are reported to have later fallen out over Mr Gove’s decision to campaign for Leave in the 2016 Brexit referendum, with the result leading to Mr Cameron’s resignation from Downing Street.

The couple have said they will not be commenting further at this time.

The ex-Health Secretary, who announced his resignation last week, raced home to tell his wife of 15 years that he would be leaving her after he was contacted by The Sun newspaper over his affair.

Images and video showed Mr Hancock kissing the millionaire lobbyist in May, and the Health Secretary was facing increasing pressure to quit over the breaking of social-distancing rules.