Former England cricket captain Michael Vaughan has called for an end to the ‘witch hunt’ into players’ historical tweets.

The ex-batsman, 46, branded the weaponising of old posts as ‘utterly ridiculous’ and ‘no one’ was offended by them when they were written.

His old teammate Michael Atherton also weighed into the row and said the way bosses have handled it had led to a ‘snooper’s charter’ on players’ social media.

Their furious interventions came as the national team wore anti-racism shirts before they faced New Zealand in the second Test at Edgbaston today.

The squad continues to be marred by the emerging of historical social media posts – with some containing unsavoury language.

Five of the country’s top players are under the spotlight for racist, homophobic and sexist comments they shared online up to a decade ago.

Anderson, Jos Buttler, Eoin Morgan and an unnamed player have all been accused in the last few days, while Ollie Robinson has been suspended.

Joe Root avoided controversy today by replacing him with Olly Stone rather than the expected Craig Overton, who told a Pakistani batsman ‘go back to your own f***ing country’ in 2015. 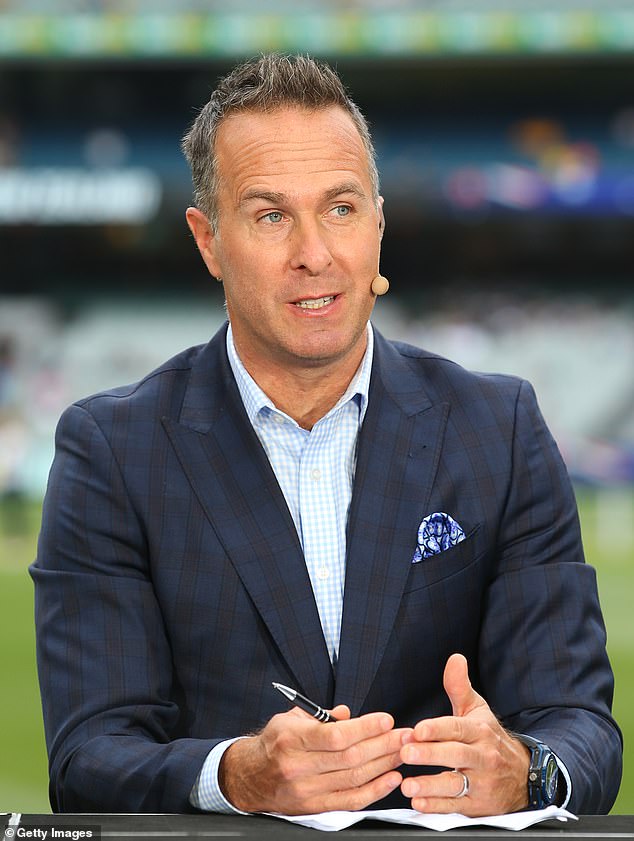 The ex-batsman (pictured), 46, said the weaponising of old posts was ‘utterly ridiculous’ and ‘no one’ was offended by them when they were written 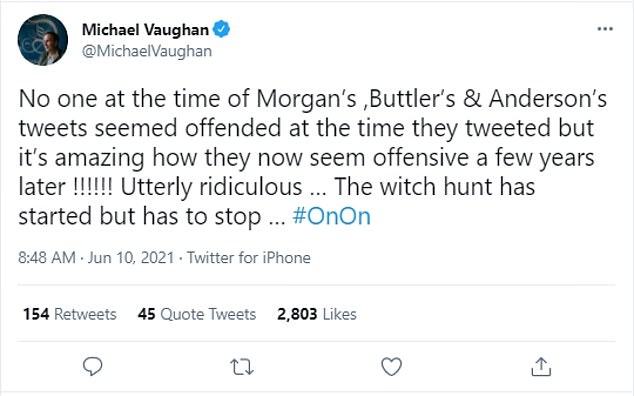 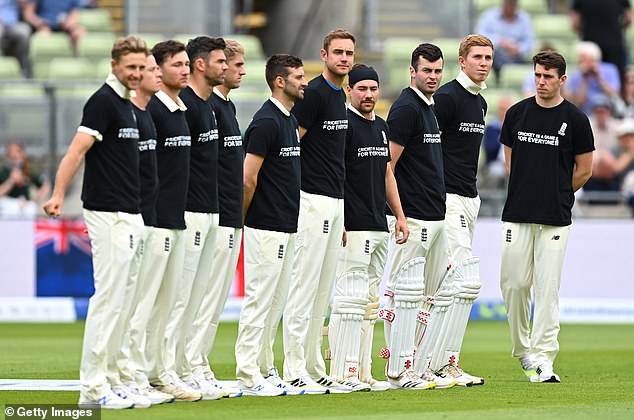 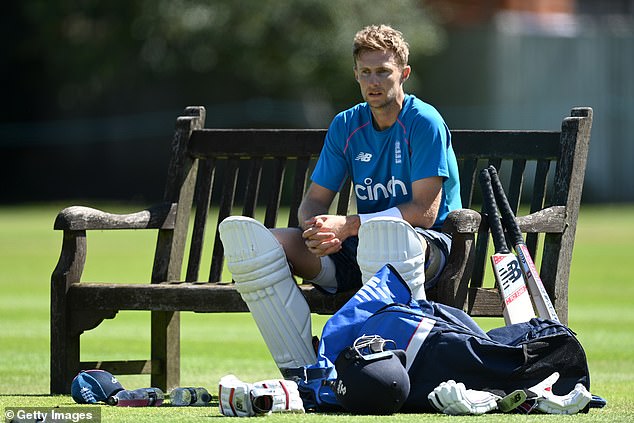 The squad continues to be marred by the emerging of historical social media posts – with some containing unsavoury language. Pictured: Joe Root yesterday

But Vaughan blasted those claiming to be offended by the cricketers’ posts, saying it was time to end the ‘witch hunt’.

He tweeted: ‘No one at the time of Morgan’s, Buttler’s and Anderson’s tweets seemed offended at the time they tweeted but it’s amazing how they now seem offensive a few years later!!!!!!’

He added: ‘Utterly ridiculous … The witch hunt has started but has to stop … #OnOn.’

Atherton added ECB chief Tom Harrison’s handling of the crisis had led to a ‘snooper’s charter’ into players’ old posts.

He wrote in the Times: ‘The phrase ”zero tolerance” combined with an unlimited timescale to peek into the past has led to one of the most bizarre and depressing build-ups to a Test match in living memory.

‘If the statement was made out of a wellmeaning desire to reassure all communities that the game is serious about embracing them, it has led to a snooper’s charter instead, as the players’ social-media witterings have come under intense scrutiny, judged by the febrile mood of the hour.’ 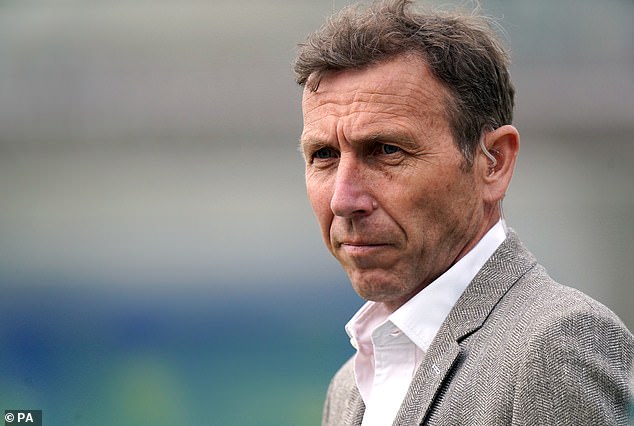 In a bid to move on from the tweets row, England again took part in a ‘moment of unity’ and wore anti-discrimination t-shirts at the start of the Test.

The players smiled as the 18,000-strong crowd stood and applauded a long speech about the side’s stance on racism.

Captain Root insisted the ongoing social media controversy has not derailed the commitment.

His team made a collective statement at Lord’s last week by wearing black t-shirts bearing the slogan ‘cricket is a game for everyone’ and seven different designs.

They also stood with their opponents to show their shared values before the first ball was bowled.

But the atmosphere was soon shredded by the emergence of racist and sexist tweets posted several years earlier by debutant Robinson.

The ECB suspended the seamer pending an investigation and resolved to look into potentially offensive material posted by other stars.

Despite that, Root has made it clear his side will make another public gesture at Edgbaston.

He said: ‘Yes, we will. We have committed to making a positive change in our sport. That doesn’t change just because of what’s happened. We have to face up to things.’

Robinson is facing a probe into racist and sexist tweets he posted in 2012 and 2013, which drew attention away from a strong international debut.

The tweets – written when Robinson was playing second team cricket for Kent, Leicestershire and Yorkshire – were dredged up from 2012 and 2013.

Earlier he had attended the prestigious £24,750-a-year King’s School in Canterbury. Kent.

The Margate-born bowler, who is now 27 and has apologised, will miss Thursday’s second Test against New Zealand at Edgbaston and could face further punishment. 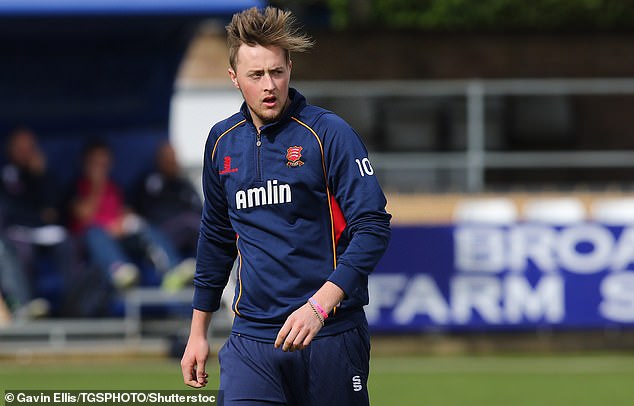 Anderson was also outed for deleting a post telling Stuart Broad he had a ‘lesbian haircut’.

The fast bowler removed the message from February 20, 2010, which saw him mock his Test match teammate.

The leading wicket-taker of all-time at Test level penned the post about Broad at 1.26am.

He wrote: ‘I saw Broady’s new haircut for the first time today. Not sure about it. Thought he looked like a 15 yr old lesbian!’

But it has since emerged the post had been deleted in the wake of the fallout over Robinson’s messages, though it is not clear when it was taken down.

Buttler put ‘Well done on double 100 much beauty batting you are on fire sir,’ to Alex Hales in August 2017.

Messages from Morgan and Brendon McCullum to Buttler the following May, saw the former commenting ‘Sir you’re my favourite batsman’.

It is understood those tweets have been deleted in recent days, although it is uncertain when Anderson’s was removed.

Two England players in Rory Burns and Dom Bess have since cancelled their Twitter accounts but kept their Instagrams up. 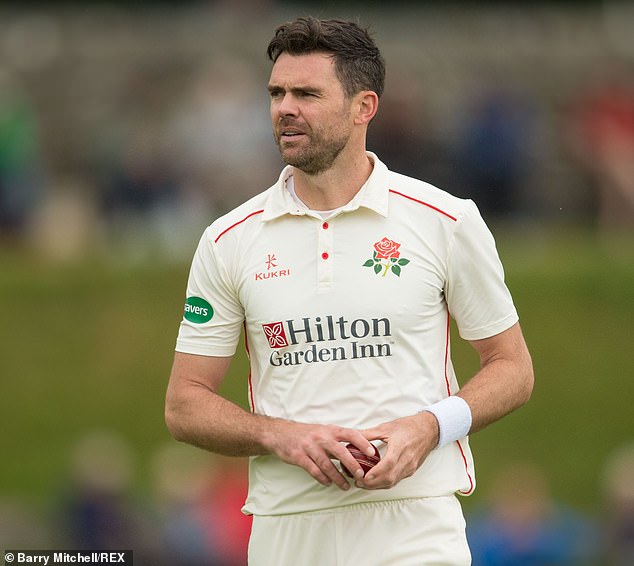 Despite attending these courses since March, England cricket has been plunged into crisis in recent days after the emerging of players’ historical social media posts. Pictured: Anderson 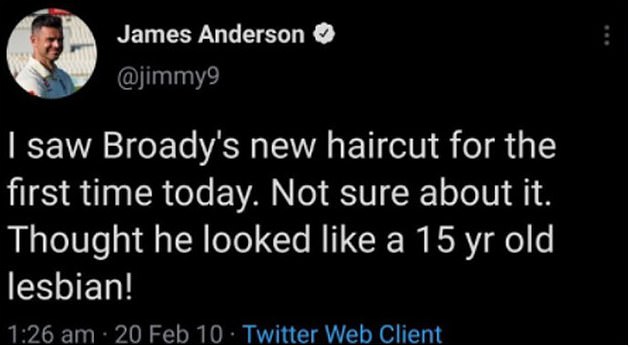 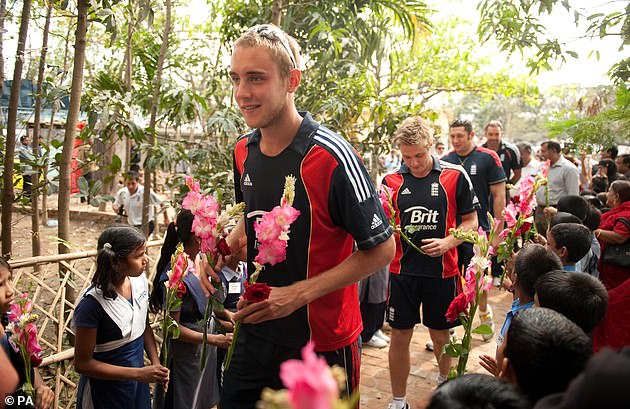 England fast bowler Stuart Broad is pictured in Dhaka, Bangladesh, on February 26, 2010, just days after Anderson’s tweet about his hair

What's next for the NBA? Uncertainty surrounds draft, free agency and next season

Huge queues formed outside Tottenham Hotspur's stadium in north London to get vaccinated today as the...