Brexit negotiator Michel Barnier has called on France to halt migration from outside the EU for up to five years, saying terrorists have infiltrated migration routes.

The 70-year-old, who is being tipped to run against President Macron in next year’s election, said the pause is necessary so France can ‘verify, evaluate and if necessary change’ its immigration policies.

Mr Barnier, who previously served as France’s agriculture minister, then warned of ‘the terrorist networks which use migratory flows, which infiltrate them.’

France should also push the EU to adopt tougher migration policies at its external borders, he added.

His comments came after a group of French soldiers published an open letter to Macron on Monday, warning him of a ‘civil war’, and calling for military action against ‘Islamist’, in another sign of growing tensions in France. 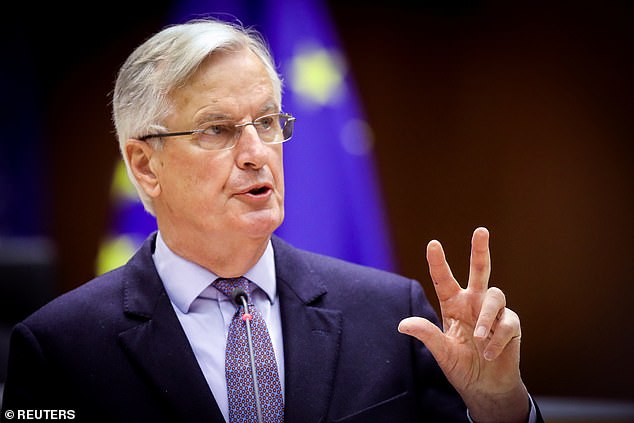 Michel Barnier, who is being tipped to run in next year’s French presidential election, has called for a three to five year moratorium on migration into France from outside the EU

The senior politician made the remarks on Sunday to a panel of French broadcasters and newspapers, as he ramps up his public profile ahead of the 2022 ballot.

Mr Barnier said the ‘moratorium’ would last between three and five years and would affect migrants trying to enter France from countries outside the EU.

It would not affect free movement from within the EU, he added, while students and asylum seekers would also be exempt.

‘I do not think that all immigrants, and in particular those who try to cross the Mediterranean to reach a better future, are potential terrorists or potential delinquents,’ he said.

‘We will always welcome students, it is one of the strengths of French universities. There is always the question of the right of asylum that we must respect.’

‘But there are real and serious problems, especially on the issue of immigration.’

Mr Barnier was likely referring to family reunification, whereby migrants who have been living in France for a certain length of time can bring their families from overseas to live with them.

The idea of a pause on immigration has become a popular among right-wing politicians in France in recent years, after a similar policy was brought in by Donald Trump during his tenure as US president.

Marine Le Pen, the far-right presidential candidate who is likely to be Mr Macron’s main challenger according to polls, has also proposed a similar moratorium and wants to limit the overall number of migrants to 10,000 per year.

Mr Barnier’s new posturing could be seen as an attempt to head off Ms Le Pen and divide her voter base, as he has previously spoken of a strong desire to see her beaten at next year’s vote. 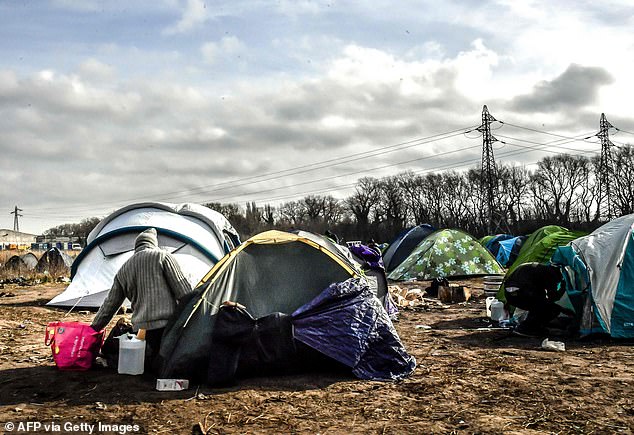 Asked about her in the same interview where he put forward his migration proposal, Mr Barnier said there is ‘no need’ for Ms Le Pen to try and solve the problems of French people.

‘I don’t need Madame Le Pen to listen to and understand the problems of the French and to provide solutions,’ he said.

‘That’s political responsibility. You will not make me go into the field of comparison with Madame Le Pen who represents a party whose history we know.’

Mr Barnier, who has spent the last five years negotiating the UK’s exit from the EU, has now returned to frontline politics in France and appears to have set his sights on the top job.

He is due to publish a book, The Great Illusion, and dropped a hint in an interview last month that he could run as presidential candidate for the centre-right Les Républicains party.

Mr Barnier said he would make his intentions clear ‘in the fall’, but added: ‘I want to.’

His hard-line on migration also comes just a day after a group of serving French soldiers published a new open letter to Macron warning of ‘civil war’ and calling for military action against ‘Islamists’.

The letter was published in the right-wing magazine Valeurs Actuelles (Today’s Values) on Sunday and echoes the tone of a similar letter printed in the same magazine last month.

The previous letter, signed by 1,000 people including serving officers and some 20 semi-retired generals, warned of the ‘disintegration’ of France because of radical Islamic ‘hordes’ living in the suburbs.

French Interior Minister Gerald Darmanin, a close ally of Macron, slammed the letter as a ‘crude maneouvre’ and accused its anonymous signatories of lacking ‘courage’.

Prime Minister Jean Castex called the letter an unacceptable interference while France’s top general vowed that those behind it would be punished for the ‘absolutely revolting’ letter.

Vaccinated travelers will soon be able to say aloha to eased restrictions. Hawaii visitors who have received...