By Claire Ellcott and James Franey For The Daily Mail

French officials yesterday refused to back down over access to UK fishing waters – despite the EU’s chief negotiator urging them to be more ‘realistic’ in Brexit talks.

European affairs minister Clement Beaune insisted that France would not sell out its fishermen amid calls for a compromise.

The hardline stance came after Brussels negotiator Michel Barnier urged France and other EU coastal states to compromise over their demands on fishing in negotiations with Britain. 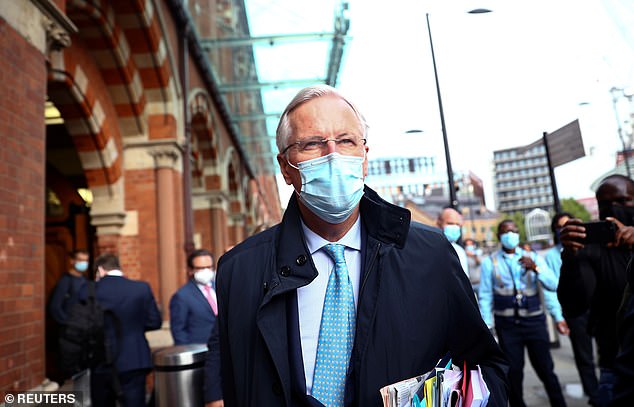 French officials yesterday refused to back down over access to UK fishing waters – despite the EU’s chief negotiator, Michel Barnier, (pictured) urging them to be more ‘realistic’ in Brexit talks

At a meeting of EU diplomats on Wednesday night, Mr Barnier said it was not ‘feasible’ for European trawlers to keep the same access to UK waters as they have now.

But Mr Beaune said yesterday: ‘Our fishermen will not be a bargaining chip for Brexit, they will not have to pay the price for Britain’s choices.’

Speaking in the Netherlands – which also wants access to UK coastal waters – he said a deal ‘remains possible’, but ‘certainly not by sacrificing the interests of our fishermen’.

His intervention came as Mr Barnier travelled to Britain ahead of talks with counterpart Lord Frost today.

Boris Johnson has set the date of an EU summit on October 15 as an effective deadline for determining whether a deal on a future relationship with Brussels can be reached by the end of the year.

He and European Commission president Ursula von der Leyen agreed at the weekend that negotiations should ‘intensify’ in a final push for an agreement. 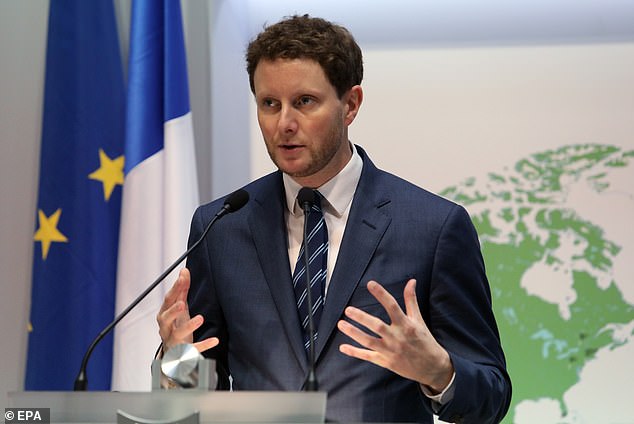 European affairs minister Clement Beaune (pictured) said yesterday: ‘Our fishermen will not be a bargaining chip for Brexit, they will not have to pay the price for Britain’s choices’ 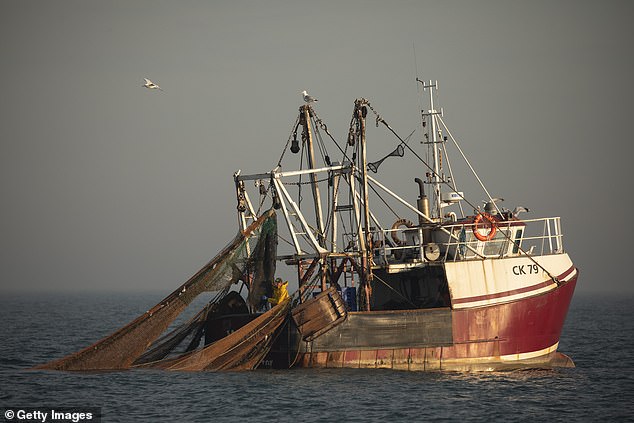 At a meeting of EU diplomats on Wednesday night, Mr Barnier said it was not ‘feasible’ for European trawlers to keep the same access to UK waters as they have now

He said the UK Government faced a ‘moment of truth’ ahead of this month’s summit.

Nearly two-thirds of the public back the decision to end the principle of free movement around Europe.

A study found that, more than four years after immigration concerns contributed heavily to the Brexit referendum result, the majority of Britons say people from EU countries who want to live and work in the UK should have to apply first.

Most believe that would-be immigrants from countries such as France or Poland should be treated no differently than those who want to come from Australia or Pakistan.

The British Social Attitudes survey report said: ‘Voters do think that the job someone does should make a difference.’

EU heads of state and government are set to decide then whether to press on with negotiations with Britain or ramp up their No Deal preparations.

Mr Johnson has said that Britain could still walk away from talks if a deal looks unlikely.

But Mr Barnier told EU ambassadors on Wednesday night that he believes the UK will stay at the negotiating table.

Mr Michel, who chairs EU summits, said Britain had failed to soothe Brussels’ concerns on the key sticking points that have hindered progress over the summer.

‘To get to an agreement we need significant steps to be made by our British friends in the coming days, not only on fisheries but also on a level playing field and governance,’ the former Belgian prime minister said.

‘Progress has been made but it’s not enough. This is the moment of truth. It’s now for the UK to restore trust, and to put all its cards on the table.’

His comments came after talks with Irish premier Micheal Martin, who said: ‘The mood appears to have changed. There’s been more intensified engagement. Mood is one thing, but it does need substance to follow the mood.’

It came as it was confirmed that lorry drivers using the Channel crossings in Kent will need an access permit to enter the county following the end of the Brexit transition period on December 31.

The scheme, originally announced last month by Cabinet Office Minister Michael Gove, is intended to stop the county’s roads being clogged up once customs controls with the EU are reimposed from January 1.