Microsoft, Google, Cisco and Dell join Facebook in a legal battle against an Israeli company 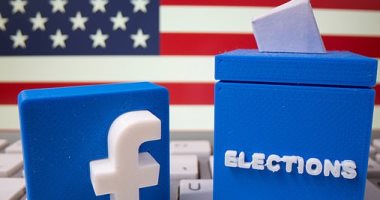 Tech giants, including Microsoft and Google, joined Facebook in a legal battle against the cyber-hacking company NSO, and on Monday filed a warrant in federal court warning that the Israeli company’s tools were “strong and dangerous.”

The memo filed with a US appeals court opens a new front in Facebook’s lawsuit against NSO last year after it was revealed that the company had exploited a flaw in Facebook’s WhatsApp messaging program to monitor more than 1,400 people around the world.

NSO argued that “sovereign immunity” should be used because it sells digital hacking tools to police and intelligence agencies, a legal principle that generally keeps foreign governments out of legal action. That plea did not work in Northern California District Court last July, and the company appealed the ruling.

Microsoft, Google, Cisco, VMware, owned by Dell Technologies and the Washington-based Internet Consortium, joined Facebook to push against the appeal, saying that granting sovereign immunity to NSO would lead to the spread of the hacking technology and to “a greater number of foreign governments equipped with tools.” Powerful and dangerous internet monitoring. “

The memo argues that this, in turn, “means much greater possibilities for these tools to fall into the wrong hands and be used in heinous matters.”

NSO says its products are used to fight crime. But human rights advocates and tech experts in places like Citizen Lab in Toronto and Amnesty International in London have documented cases in which NSO technology has been used to target journalists, lawyers and even nutritionists pushing for fees on soft drinks.

The Citizen Lab published a report on Sunday stating that the NSO technology was used to penetrate the phones of more than 35 journalists, equipment, broadcaster, and executives of the Qatari Al-Jazeera channel, as well as a device belonging to a journalist at the London-based Al-Araby TV.

Some also linked NSO’s espionage tools to the killing of Saudi journalist Jamal Khashoggi, who was dismembered at the Turkish consulate in Istanbul in 2018. Omar Abdel Aziz, an opposition blogger and Khashoggi’s friend, says that the Saudi government can access their messages on WhatsApp. Led to his death.

The company has denied spying on Khashoggi, but has so far been reluctant to comment on whether its technology was used to spy on others in his circle.

The Happiness Advantage: The Seven Principles of Positive Psychology That Fuel Success and Performance at Work

Long Covid: ‘It’s like someone has piled sandbags on top of me’