MIKE BROWN: Exeter Chiefs are like a machine and it showed at Twickenham in win over Wasps

MIKE BROWN: Exeter Chiefs are like a machine and it showed at Twickenham as they became fourth team in history to do Premiership and European double with win over Wasps

If you had told me in 2005 that Exeter Chiefs would become Premiership and European champions I would have laughed you out of the room. That was the year that Harlequins were relegated to the Championship —and we beat them 70-5!

However, the one thing that did stand out was the fight they showed despite conceding points left, right and centre. They never gave up. Then we travelled to their ground for the return leg and they beat us!

Our team had international players such as England wing Ugo Monye and All Black Andrew Mehrtens and they turned us over. They were always physical and they’ve never lost that quality. 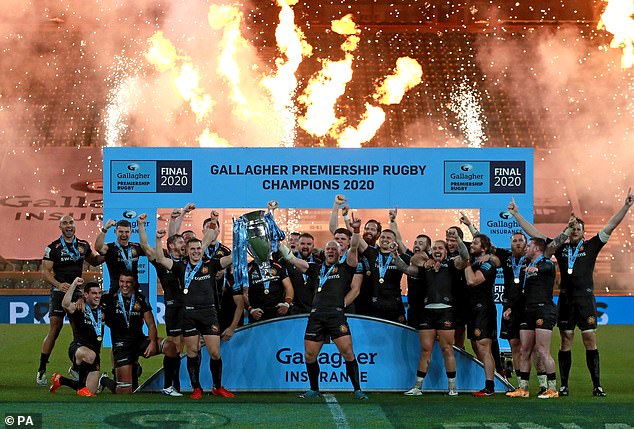 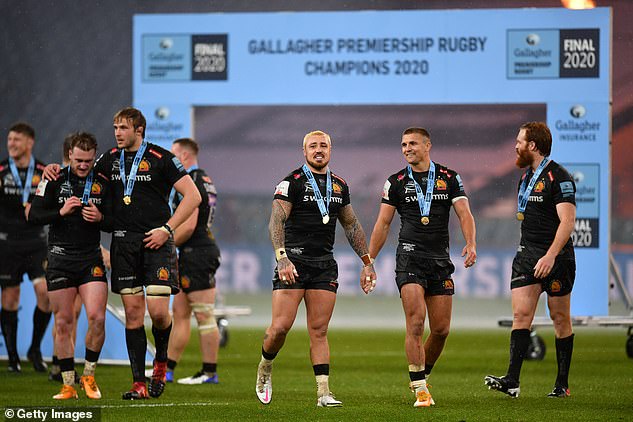 And they needed all of that toughness to get home and join Leicester, Wasps and Saracens as English teams to do the European and Premiership double.

The last few minutes summed up the differences between the two sides when Wasps had a line-out and a chance to take the lead but made a mess of it.

Two minutes later Exeter made no mistake at the other end of the field, executing their drills and coming away with the match-winning three points.

In grim conditions there were two great tries. Henry Slade’s score in the 18th minute was a bit of individual brilliance as he picked off a front-rower to run up against but Tom Willis, the Wasps No.8, shouldn’t have left him in that position. 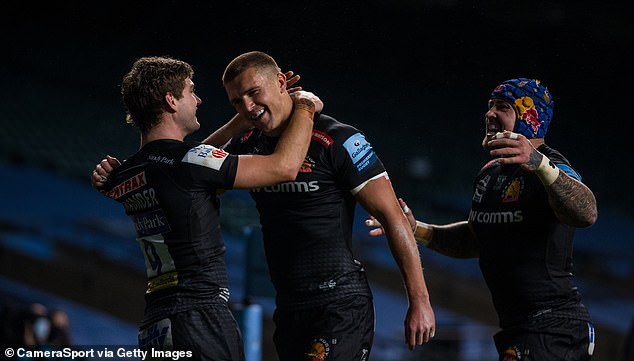 But Wasps got their attack going and the try conjured up by Dan Robson and finished by fly-half Jacob Umaga was top drawer.

A word for Wasps who fought to the bitter end. Robson at scrum-half was fantastic and if you think Exeter have come a long time in the last 15 years Wasps have come a long way since February. When they sacked Dai Young, they were on nobody’s radar. They’ve gone away, decided what they’re good at and committed to it. They won’t be far off top-spot next season.

But this was about Exeter. They have to rank alongside the Leicester of Martin Johnson and Wasps of Lawrence Dallaglio. Is it right to include Saracens in the conversation? Unfortunately, there’s a black mark against their Premiership wins, so I don’t think you can compare.

They have got a load of home-grown players such as Jack Nowell, Slade and Luke Cowan-Dickie and have got the odd superstar from outside such as Scotland’s Stuart Hogg, and it has worked perfectly. 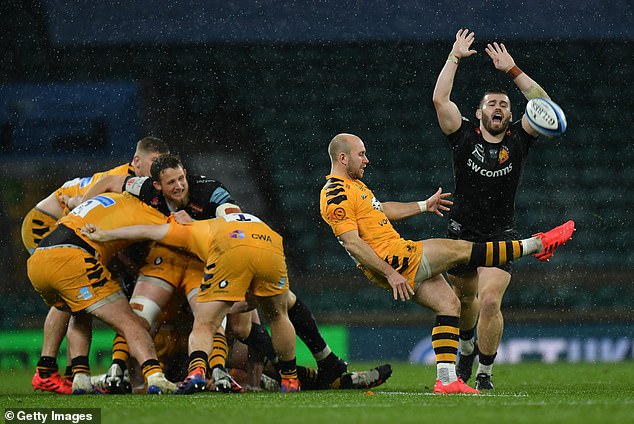 I toured Argentina in 2013 with England and Exeter’s coach Rob Baxter was on the staff for the trip. He mostly worked with the forwards but they all loved his coaching and how he taught contact skills. That showed up in the pouring rain for Exeter yesterday. He is all over the club.

Every signing he has made has grown the team a little bit and it’s been a gradual, step-by-step rise over a long period of time. What’s impressive is how their squad players slot in and there’s no drop off.

Exeter Chiefs are like a machine and it showed at Twickenham.