MIKE BROWN: Jonny May just keeps on working – strike rate of 31 tries in 59 tests speaks for itself


MIKE BROWN: Unpredictable Jonny May just keeps on working… his strike rate of 31 tries in 59 tests speaks for itself after display against Ireland which showed why he is one of the best wingers in the world

You never quite know what to expect from Jonny May — on and off the pitch. That’s one of the things that makes him so dangerous. I’ll never forget the time he wrecked a hotel room by jumping around, pretending to be a chicken in a cage. Why? I have no idea!

He’s unpredictable as a player and as a person, but he’s also calmed down and matured. On Saturday, he showed why he is one of the best wingers in the world with a couple of tries… one of which was spectacular.

His second try is up there with the best I’ve seen at Twickenham. It reminded me a bit of Chris Ashton’s against Australia in 2010. England turned it over and went wide but May had the skills to chip through. 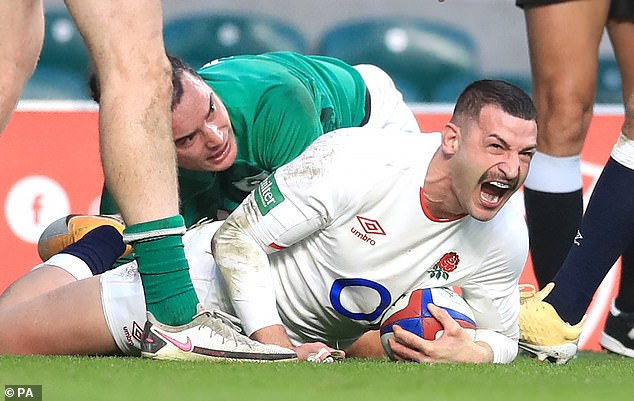 Jonny May scored two tries in the first-half, the second of which was a super individual effort 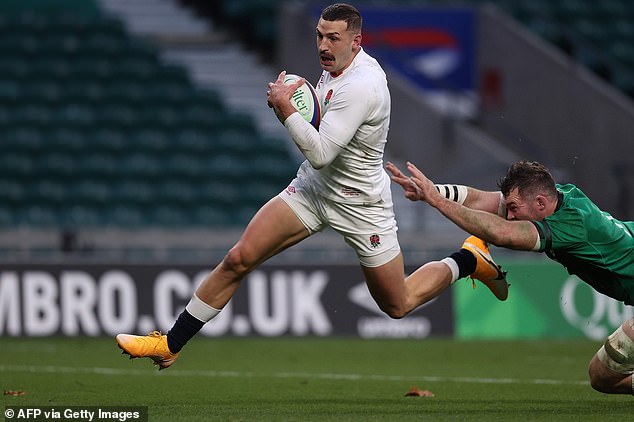 It wasn’t the best kick you’ll ever see but he knew he had the gas to get there and he showed his wheels. He is rapid!

His strike rate of 31 tries in 59 tests, making him England’s second joint-highest try scorer, speaks for itself and it is a testament to the amount of work he puts in. He hasn’t got there by accident.

May is one the most professional guys I’ve ever met. He’s always in an ice machine, or in a hyperbaric chamber doing recovery, or stretching or having physio. He’s constantly working on his game.

When I first started playing with him in an England shirt he was a bit scatty at the back, but that’s all changed. You weren’t sure what he was going to do and that made me a bit nervous, but he’s worked hard and his back-field positioning is now second to none. 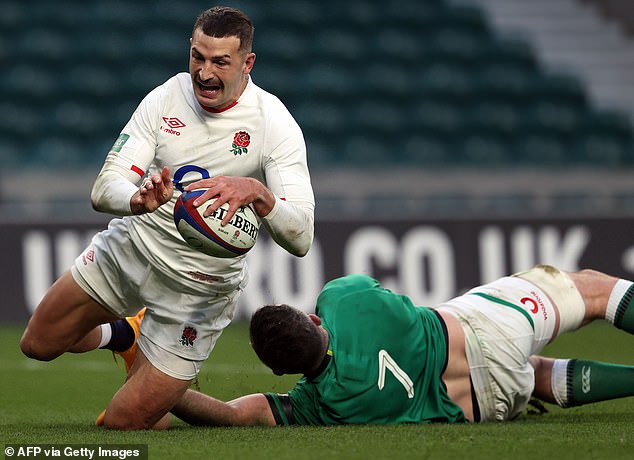 He’s always in the right place to catch the ball on the full and he has worked hard on his attacking kicking game.

May will be a fixture in the side for a while, but there’s a lot of competition in the backrow. I got a taste of what Sam Simmonds, the Exeter No 8, can do when Harlequins played Exeter at the Stoop on Friday and he scored a hat-trick.

At the moment, England are going with one big ball carrier and two poachers to lead the defensive and breakdown pressure.

Maybe Eddie Jones doesn’t see Simmonds fitting into that mould, but he should at least be pushing for a place on the bench.

We experienced first-hand on Friday night how powerful he is. He’s like an extra centre. 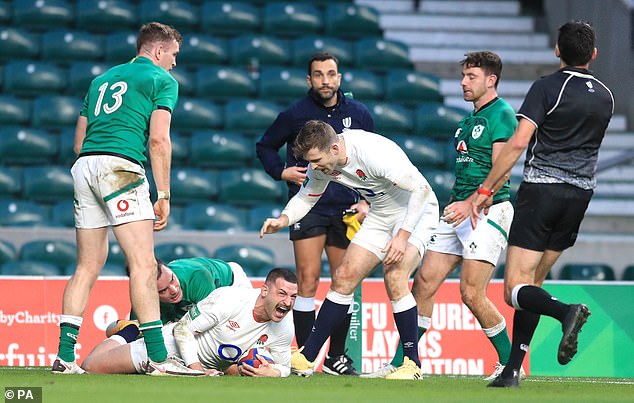 He goes around smashing people and he scored a hat-trick. He had enough speed to get around our winger Nathan Earle — he just did him for gas.

Simmonds is like a hybrid player — like a back playing in the forwards. He was involved so much.

His speed off the line is so quick and he was just hitting guys behind the gain line. He does the hard carries as well as the glamorous ones. I’m just pleased I didn’t end up one-on-one with him!