Mike Tyson and and Roy Jones Jr locked eyes for the final time before the boxing legends return to the ring on Saturday evening.

The pair will square off at the Staples Center in Los Angeles on Saturday evening, and they stared off after the weigh-in for their fight.

For Tyson who was once known as the ‘Baddest Man on the Planet,’ it will be his first fight in more than 15 years. 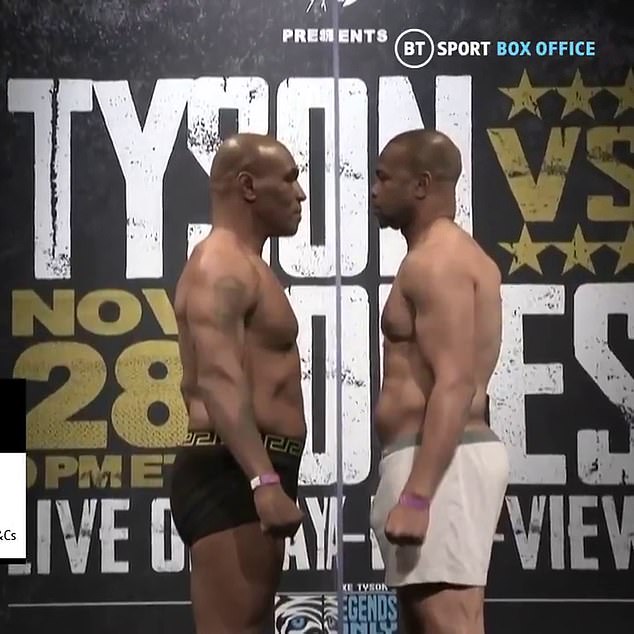 His opponent who last fought as recent as 2008 was first onto the scales and came out at 210 pounds.

Then 54-year-old Iron Mike stepped onto the scales and came in ten pounds heavier than his opponent at 220.4 pounds.

Jones Jr and Tyson then approached one another and stared at each other for over 20 seconds – though they were separated by a screen.

Tyson was the first to turn away and the pair then flexed for the camera to show off their impressive physique with Jones Jr just three years younger than his opponent.

It was the lightest Tyson has weighed since hitting the scale at 218 pounds for his infamous June 1997 rematch with Evander Holyfield where he was disqualified for twice biting his opponent’s ear.

He last came in at 233 pounds for his final career fight, a 6th round stoppage loss to Kevin McBride which left his win/loss record at 50-6.

For the first time in 15 years, Iron Mike weighs in and looks into the soul of his opponent ? 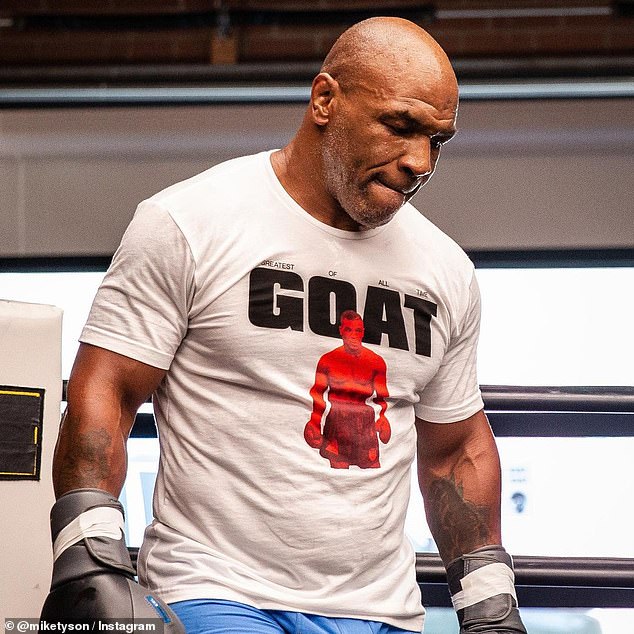 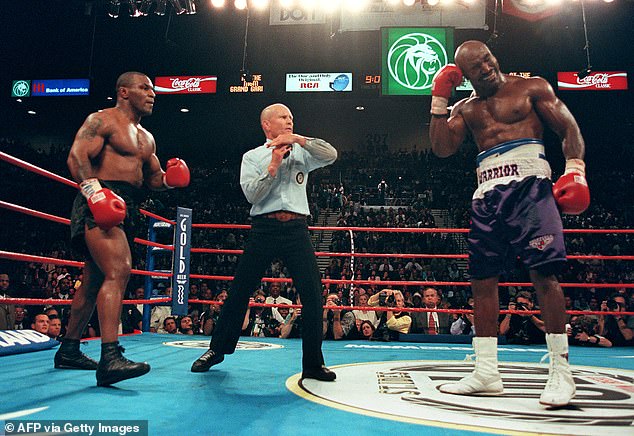 After the weigh-in, Tyson said: ‘I’m pitching punches. Everything else is up to Roy. I’m coming at him. He doesn’t have to worry about me. If I’m running anywhere, I’m going to run right at him.’

Jones Jr who has a record of 66-9, came in at the heaviest he has ever weighed for a prizefight after only hitting 200 pounds on four previous occasions.

He said: ‘I want to come out early, figure out my ways to attack him. He’s very dangerous when he’s at his distance,’ Jones said.

‘He knows my combinations, but not the speed or velocity. He won’t be knowing how I’m throwing them. We both want to beat each other up.’ 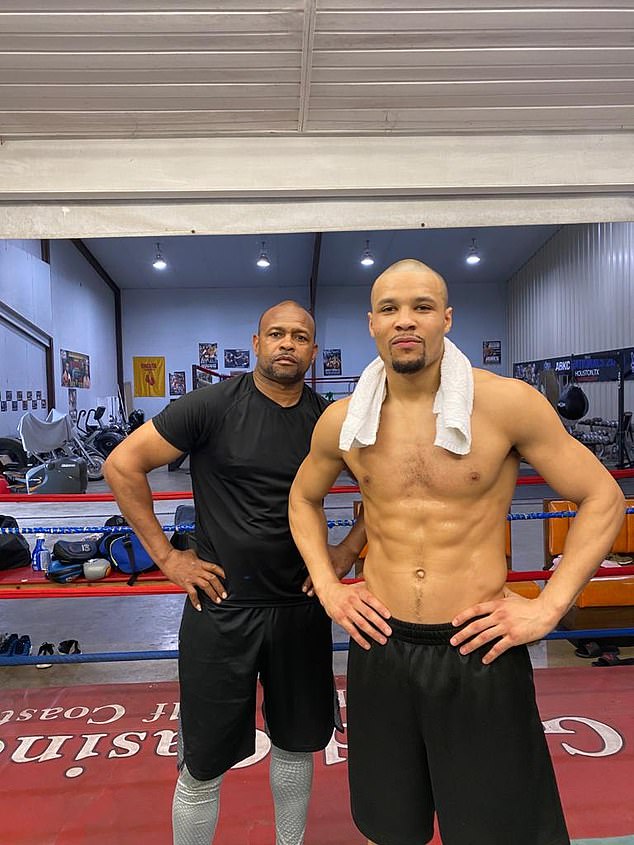 There have been a number of unique alterations to what boxing fans have become accustomed to.

As well as the round-length being reduced from three minutes, there will be no judges to score the fight but instead, the World Boxing will host Christy Martin, Vinny Pazienza and Chad Dawson viewing remotely to decide the fight result.

No winner will be officially recorded and it won’t count on the fighters’ records, but the a fighter picked by the judges will win a ‘Frontline Battle Belt’ commissioned for the event.

There have also been some disputes over whether knockouts are allowed in the fight.

The Kraken: What is it and why has Trump’s ex-lawyer released it?

The Kraken: What is it and why has Trump's ex-lawyer released it?