It may have been 15 years since his most recent bout, but Mike Tyson showed glimpses of his destructive prime as the former heavyweight king made his boxing return in a lively exhibition with Roy Jones Jr.

The veteran pair, who have a combined age of 105, took to the ring at the Staples Center, Los Angeles, in a high-profile bout with many left wondering whether we would see the Tyson who tore through the heavyweight ranks in his prime.

Both Iron Mike and Captain Hook impressed as the contest was scored an unofficial draw after eight two-minute rounds. Sportsmail takes a look at the things we learned from the intriguing event. 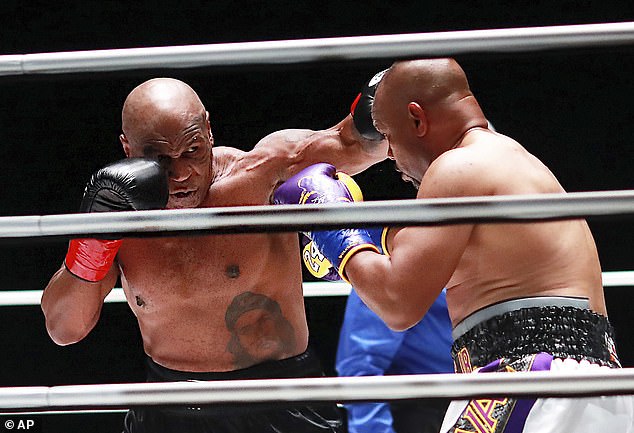 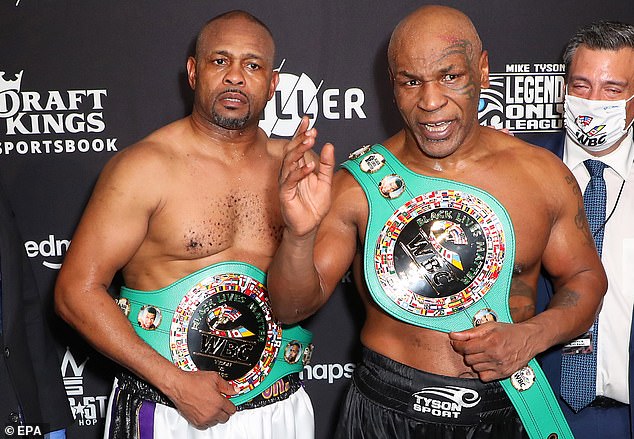 Tyson impresses despite his age

There had understandably been concern among fans and pundits about two boxing greats stepping in the ring despite their ageing years.

It is easy to forget that Tyson’s most recent contest was a comprehensive defeat to Kevin McBride in 2005 where he looked a shadow of the star dubbed ‘the baddest man on the planet’. 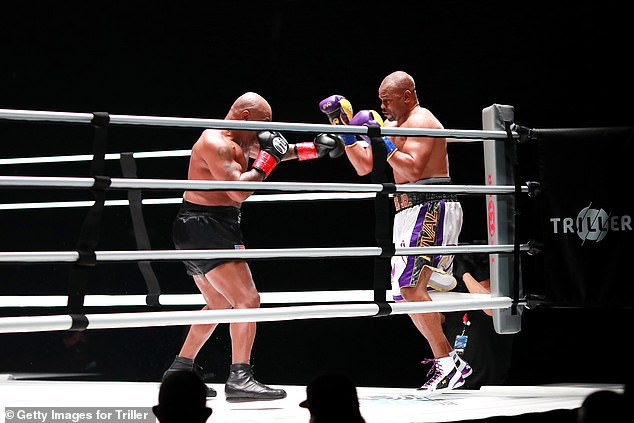 Iron Mike defied his age with a strong display, putting Jones Jr on the backfoot throughout 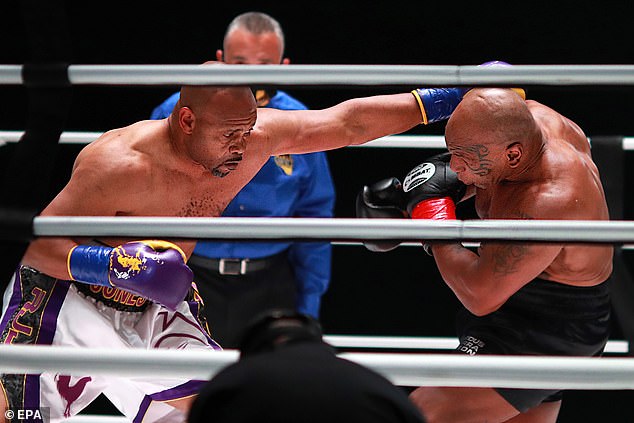 The long-term damage that boxing can have on the brain is well known, so putting two fighters in their fifties in the ring seemed a recipe for disaster.

But both Tyson and Jones Jr impressed throughout the eight-round contest. It is fair to say Iron Mike probably edged it with his ring control and ferocious body shots, with Jones Jr looking short of breath in the early stages.

The expectations were certainly low, but Tyson proved that he has still got it as he rolled back the years in LA.

More to come from Iron Mike?

Tyson has long batted away talk of a comeback since hanging up his gloves in 2005, insisting that training would serve as fuel in feeding his superstar ego from years gone by.

The 54-year-old has mellowed considerably since calling time on his career, so when he announced his return it came as a surprise to the boxing world. 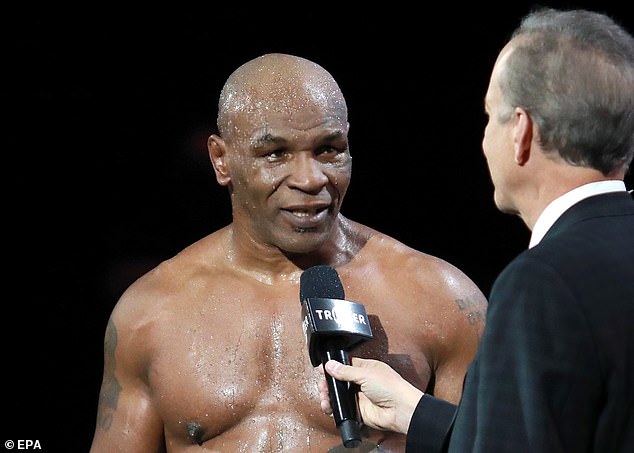 But after eight rounds with Jones Jr, Tyson has an appetite for more. In the immediate aftermath of the score draw, Iron Mike revealed he wants to continue taking part in exhibition bouts.

‘This is better than fighting for championships,’ Tyson said of the heavyweight exhibition, which raised money for various charities. ‘We’re humanitarians now. We can do something good for the world. We’ve got to do this again. I would absolutely do this again.

Whether he faces Jones Jr again remains to be seen, with the 51-year-old saying he will consult his family before making a decision on fighting again. But it is fair to say not many will be lining up to take on Tyson. 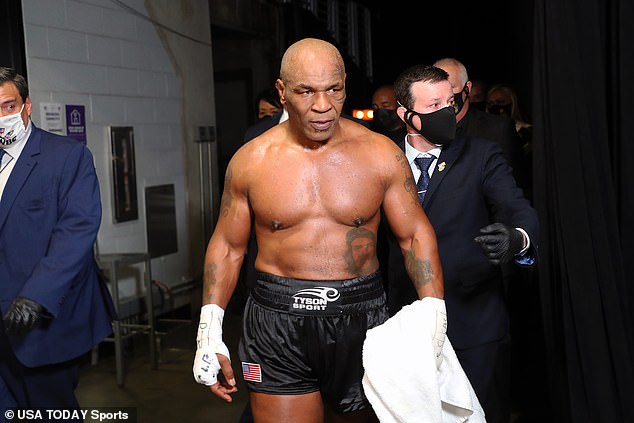 While fans tuned with intrigue to see how the fight between the two greats would transpire, Jones Jr used his platform to pay tribute to a sporting icon.

After all, Saturday’s exhibition was staged at Staples Center, the arena where Kobe Bryant played the majority of his 20-year NBA career, winning five world championships. 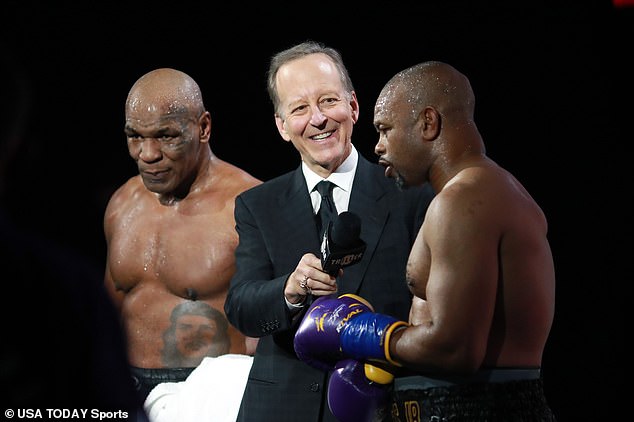 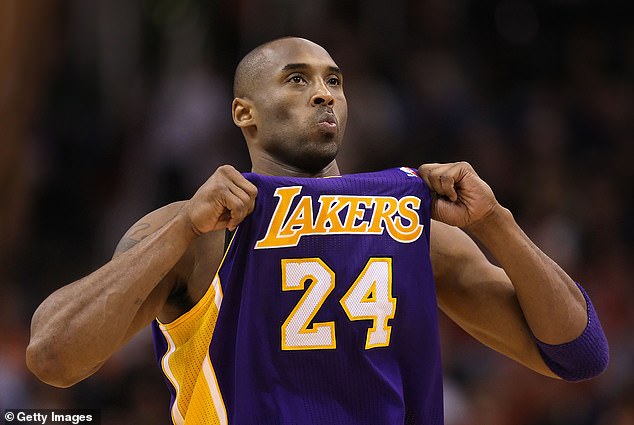 The fight was held at Staples Center, where Bryant spent most of his 20-year NBA career

The LA Lakers hero tragically died earlier this year in a helicopter crash in Calabasas, California. His daughter Giovanna, 13, and seven others were on board the flight.

And Jones Jr paid his respects to the basketball legend, donning purple and yellow gloves – the colours of the Lakers – with the numbers 8 and 24 which Bryant wore in his esteemed career.

‘My contribution to Kobe Bryant,’ the 51-year-old said while presenting his gloves in his post-fight interview. ‘Yes sir (in his building). I had to give a tribute to Kobe because he was my latest greatest.

‘Michael Jordan will always be my no1 favourite, but Kobe and [Allen] Iverson are right next second and third, and LeBron [James].’ 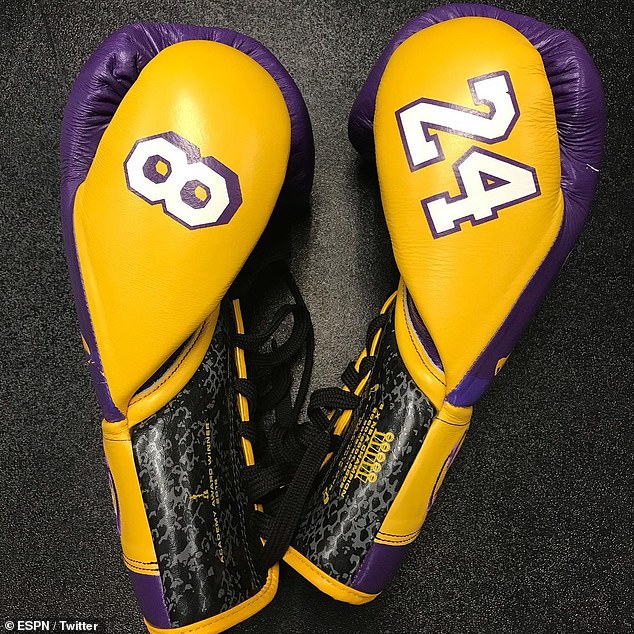 Snoop Dogg a commentator in the making?

Exhibition bouts allow for flexibility in how broadcasters cover the event, and Saturday’s high-profile event gave fans a glimpse into a new avenue for Snoop Dogg to explore.

The famous rapper performed in the build up to the event and took his seat alongside the ringside commentators to call the fight between Tyson and Jones Jr. 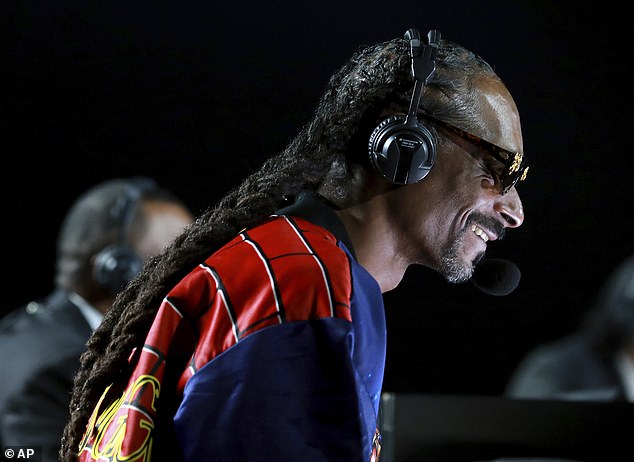 And the 49-year-old had fans in stitches with an early observation.

‘This is like two of my uncles fighting at the barbecue,’ the rapper remarked.

The light-hearted comment went down well with fans on social media, and there could be a future in sports commentary for the popular musician, who is an avid fan of combat sports.

It is a trend that does not sit well with boxing purists, but it appears that celebrity fights are not going anywhere any time soon.

Last year, KSI and Logan Paul sold out the Staples Center for their six-round professional bout and Jake Paul, younger brother of the latter, was on the bill in LA this weekend. 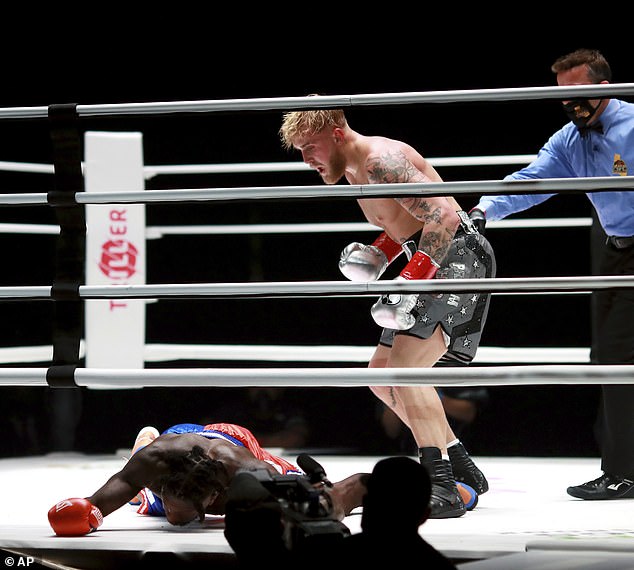 The 23-year-old took on NBA star Nate Robinson and earned a huge second round knockout that left fans gobsmacked.

Paul called out both Conor McGregor and Dillon Danis in his post-fight interview. The American would stand little chance against either, but it would come as no surprise to see the YouTuber take on another big name down the line.

Brexit: Will you still be able to take your pet to Europe? And other questions