‘I don’t know how the hell the goal was disallowed’: Arsenal boss Mikel Arteta FUMES at decision to chalk off Alexandre Lacazette’s goal in defeat by Leicester… after officials decided Granit Xhaka was blocking keeper Kasper Schmeichel’s view

Mikel Arteta has expressed his frustration at the decision to disallow Alexandre Lacazette‘s goal after Arsenal lost 1-0 to Leicester.

Arteta thought his side had taken an early lead at the Emirates Stadium when Lacazette headed home a Dani Ceballos corner, but the goal was ruled out as Granit Xhaka was occupying an offside position.

Despite jumping over the ball, the referee and his officials felt that Xhaka blocked the view of Leicester keeper Kasper Schmeichel. 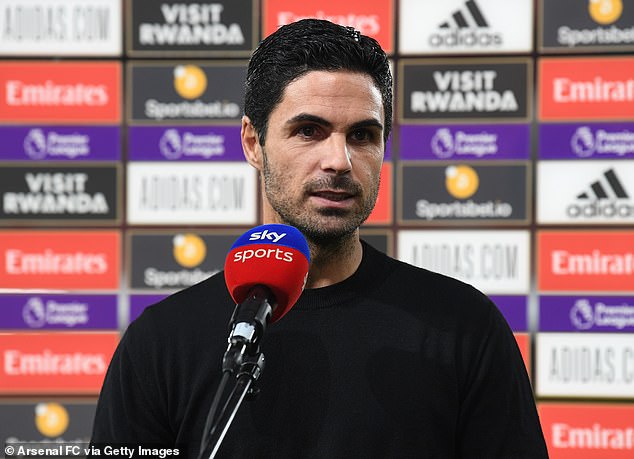 The decision left Arsenal’s bench perplexed during the game and manager Mikel Arteta was unhappy with the call of referee Craig Pawson and the VAR team.

Arteta said: ‘I’m really disappointed. We had it in our hands in the first half and I don’t know how the hell the goal was disallowed.

‘To be fair I was really pleased with the first half and the way we pressed and the aggression we showed against a team that are very capable of breaking that pressure and creating chances against you.

‘We were very on top of the game, we restricted them to nothing. We scored a goal from the set-piece, I don’t know how it got disallowed.’

Leicester substitute Jamie Vardy came on to provide the Foxes with the winning goal in the final 10 minutes of the game to see Arsenal lose 1-0. 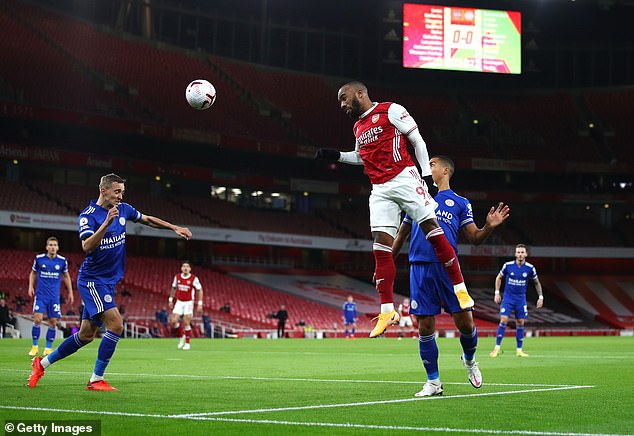 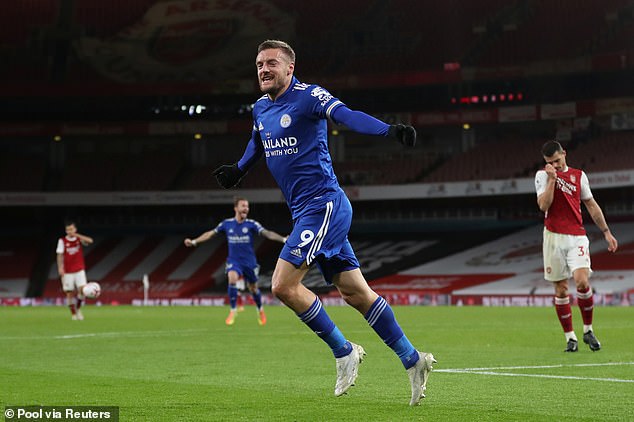 To make the evening worse, Arsenal lost both David Luiz and Bukayo Saka to injury during the second half.

Arteta added: ‘We have lost a few players in the last week or so.

‘David had a muscular problem and couldn’t carry on so we will have to assess him in the next 48 hours.’