‘Reiss was really convinced that he wanted to fight to stay here’: Mikel Arteta reveals Arsenal youngster Nelson REJECTED loan move away despite playing only 81 minutes of first-team football so far this season

Arsenal manager Mikel Arteta has revealed the north London club wanted to loan out Reiss Nelson during the summer, however the 20-year-old decided to stay and fight for his place.

The England Under 21 international has only played a total of 81 minutes of first team football this season, and was not part of the Gunners squad that lost 1-0 to Leicester despite fellow winger Willian being unavailable due to injury.

However, when Arteta took the reins at the Emirates in December of last year Nelson started three of his first four games in charge. 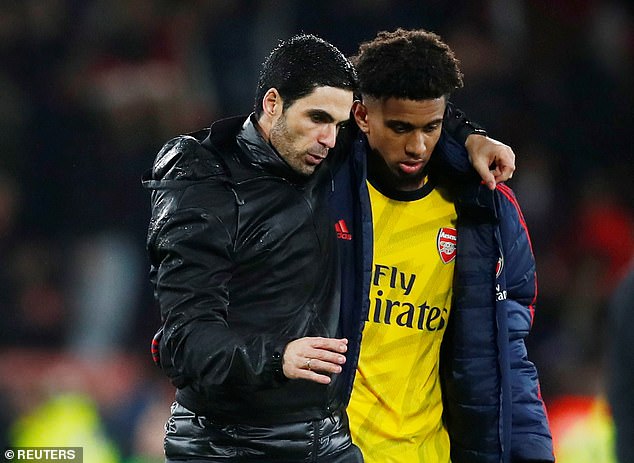 He is expected to play some part in Thursday’s Europa League tie at home to Irish side Dundalk and the Gunners boss explained why he had received such little game time of late.

‘We had a few plans in mind with Reiss. One of them was to send him on loan to get more minutes because of the competition we have up front,’ he said.

‘The reality is he has been really good in training. He wants to stay here. He wants to fight for his place.’ 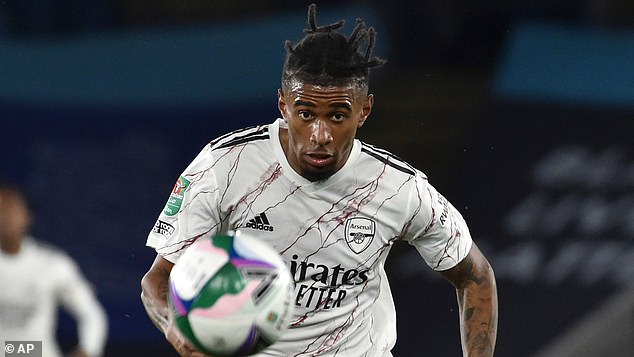 Nelson could have gone out on loan in the summer, but he wanted to prove himself at Arsenal

On the subject of why the loan for Nelson didn’t come to fruition, Arteta replied: ‘It was mixed reasons, Reiss was really convinced that he wanted to fight to stay here.

‘When you see that willingness and that passion and that security in a player you feel tempted to keep him even though you know that opportunities are going to be restricted and he is not going to have a lot of continuity in his play.

‘But things change very quickly and if he starts playing and playing well and he does what he can do, why not? He could start to play more games.’

Arsenal have an abundance of talent in wide areas and the young winger is up against the likes of Willian, £72million record signing Nicolas Pepe, Pierre-Emerick Aubameyang and fellow youngster Bukayo Saka for a starting birth. 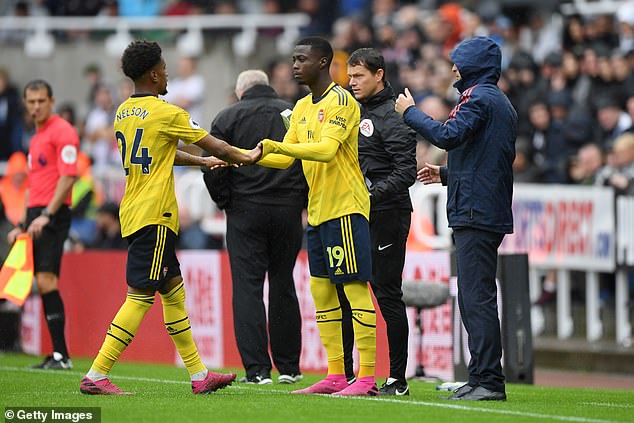 ‘He is going to get the chances in the right moments,’ Arteta added.

‘What I am pleased with is how he has assimilated the situation – not playing a lot of minutes in the first few weeks.

‘As everybody can see, things are changing very quickly. We are getting injuries. We will get more injuries because of the schedule that we have and he will get the opportunities.’

How to Get Poipole – Pokemon Sword and Shield Wiki Guide

How to Get Poipole - Pokemon Sword and Shield Wiki Guide