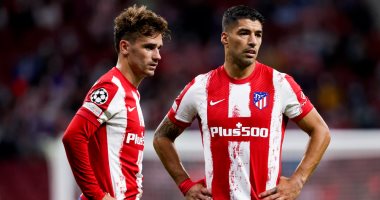 The Italian club AC Milan hosts its Spanish counterpart, Atletico Madrid, today, Tuesday, to achieve its first victory in the second group in the group stage of the Champions League.

The San Siro stadium, the stronghold of Milan, will host the Italian team’s confrontation with its Spanish counterpart, scheduled for nine in the evening, Cairo time.

Milan is looking for victory, taking advantage of the ground workers and the public to collect the first 3 points in the group, after losing in the last match, against its host Liverpool, with a score of 3-2..

It is expected that AC Milan will start the match with a formation consisting of:

While Atletico Madrid is expected to enter the match with a formation consisting of:

The two teams are seeking to achieve the first victory in the group after they stumbled during the first round of the group stage this season, as Milan lost to Liverpool 3-2, while Atletico Madrid drew with its guest club Porto 0-0..

And for the account of the second group itself, the professional Liverpool team, in its ranks, the Egyptian star Mohamed Salah, will face Porto at nine in the evening today, at the “Dragao” stadium, in the group stage competitions.