By Bhvishya Patel For Mailonline and Afp

A suspected Kurdish militant detonated an explosive device and blew themselves up following a police chase near Turkey’s border with Syria, officials have said.

The explosion occurred in the town of Iskenderun in the southern province of Hatay on Monday evening, after police tried to stop two individuals inside a vehicle at a road block, according to the local governor.

Governor Rahmi Dogan said on Twitter that an explosion took place as ‘one out of two terrorists’ was ‘rendered ineffective’ following the chase.

No one else was killed in the explosion but the security operation is ongoing, he added. 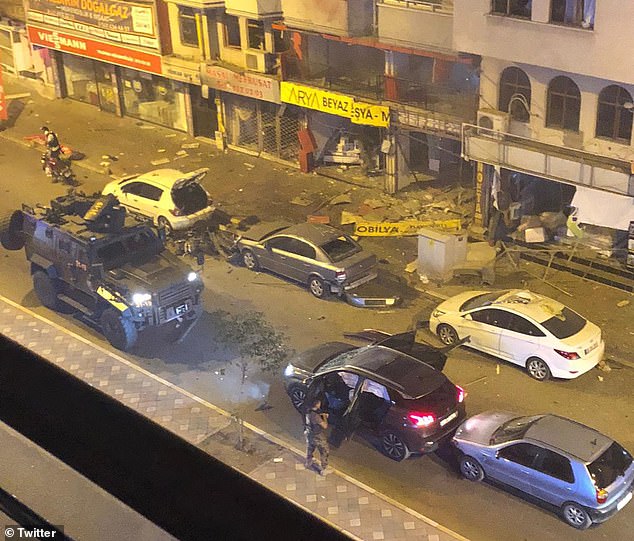 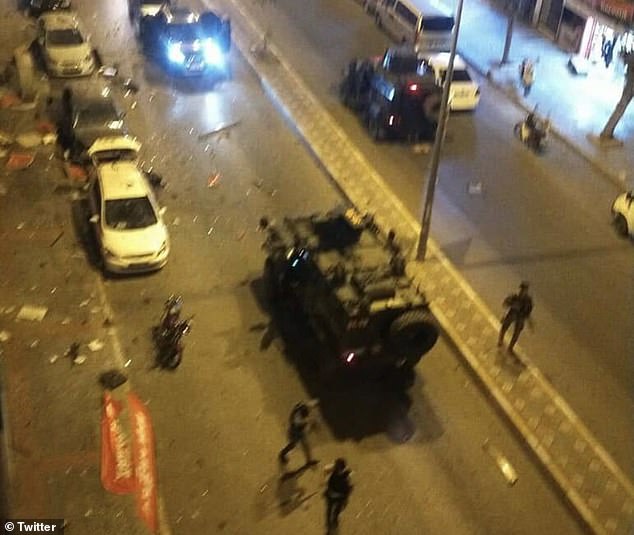 Emergency teams, including the police, fire service rescuers and medical teams, are dispatched to the area

In a statement on Twitter the governor wrote: ‘One of the two terrorists suspected by our security units at the Payas checkpoint was neutralised as a result of the pursuit and an explosion occurred in the meantime.

‘There was no loss of life. The operation continues. The public will be informed.’

In mobile phone footage, captured by one witness at the scene, loud gunshots are heard before a ball of fire is seen on the street.

A Turkish security source said the two individuals were from the outlawed Kurdistan Workers’ Party (PKK) and an army sergeant had been injured in the attack, without providing further details.

The source said that the two individuals tried to escape, but realising they would be caught, one detonated the bomb on their body, while the second ran away.

The PKK, which has waged an insurgency against the Turkish state since 1984, is blacklisted as a terrorist group by Ankara, the United States and the European Union.

The incident comes days after the U.S. Embassy in Turkey issued a security alert, saying it had received reports of a possible attack on Americans and other foreigners, and urged American citizens to exercise caution. 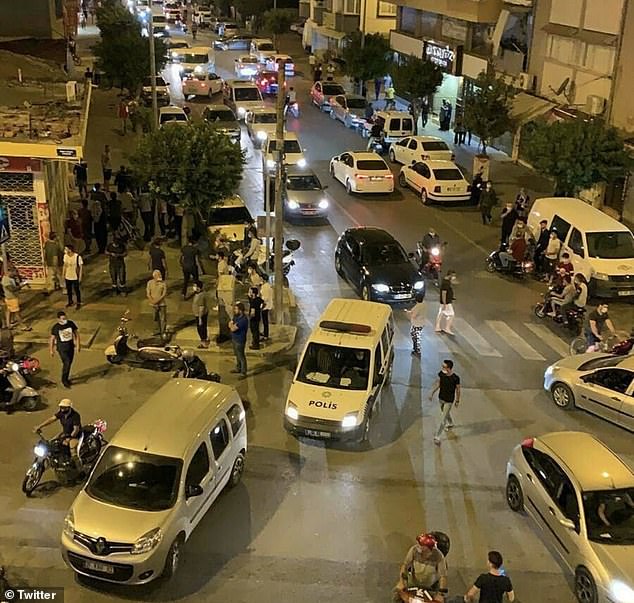 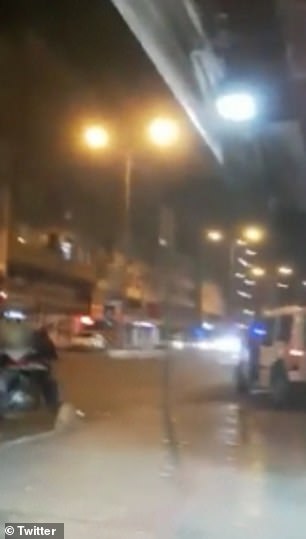 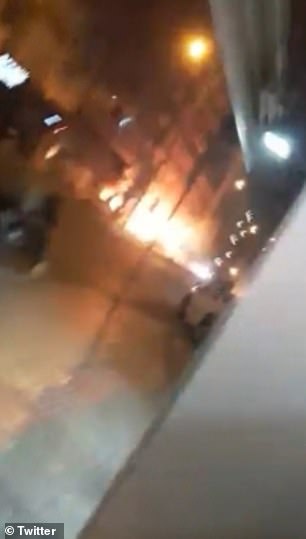 In a statement the embassy in Ankara said: ‘The U.S. Mission in Turkey has received credible reports of potential terrorist attacks and kidnappings against U.S. citizens and foreign nationals in Istanbul, including against the U.S. Consulate General, as well as potentially other locations in Turkey.’

A representative for the embassy lated told The New York Times: ‘The U.S. mission to Turkey issued this notice as a result of our ongoing assessment of security conditions.

‘The statement speaks for itself. We are grateful for the support of the Turkish government in ensuring the safety of Americans living in Turkey as well as Turkish citizens who visit our embassy and consulates.’

The warning came in the wake of a similar message in Turkey, where U.S. diplomats have reported ‘credible’ threats of attacks or kidnappings targeting Americans in Istanbul or other localities.

It was not clear if the warnings were linked.

The Islamic State group and an outlawed Kurdish militant group conducted deadly attacks on Turkish soil between 2015 and 2017.