The Milwaukee Bucks scorched the Phoenix Suns 120-100 in game three of the NBA Finals on Sunday in front of an electric home crowd, cutting the deficit in the best-of-seven series to 2-1.

The Bucks had not been at their best previously, losing the opening two games in Phoenix, but were a different team with home-court advantage, ending the first half with a 15-point lead as two-time league MVP Giannis Antetokounmpo put up 18 points and grabbed eight rebounds.

The Suns whittled down the gap to four points midway through the third quarter but Bucks point guard Jrue Holiday responded with a pair three-pointers to give the home team some breathing room. 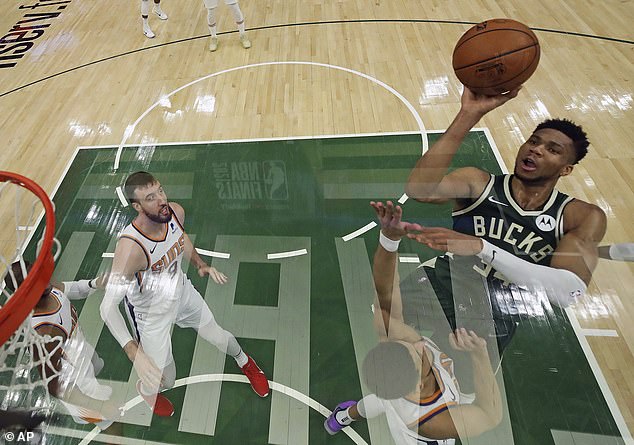 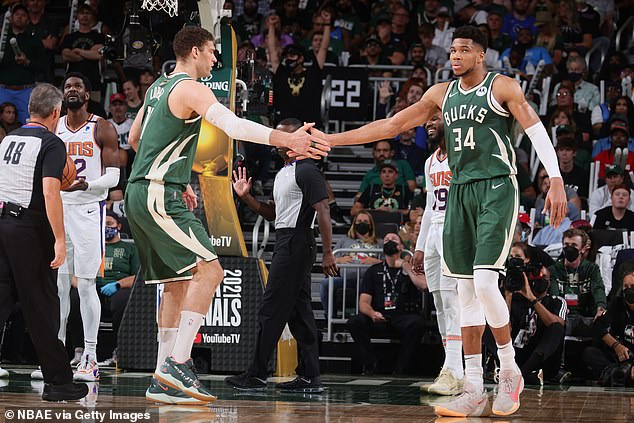 The Suns trailed by 22 heading into the final quarter and were unable to make a game of it heading to the buzzer.

‘We knew what type of game it was going to be, we knew that we had to come here, play good basketball, compete as hard as possible and I was just trying to be aggressive,’ Antetokounmpo said.

The 26-year-old forward ended with 41 points, 13 rebounds and six assists. He scored 42 points in Game Two. 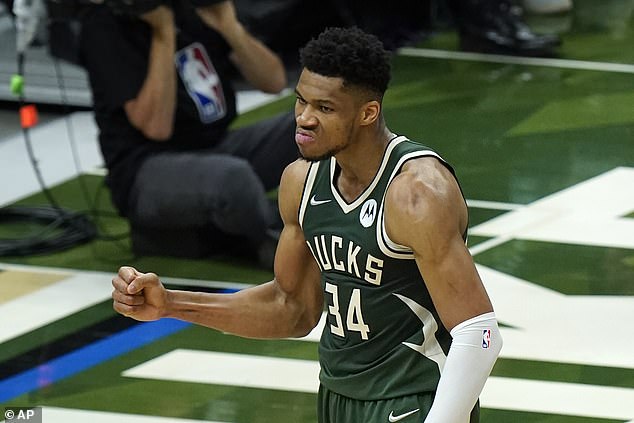 ‘In order for us to be back (in) this series and give ourselves an opportunity to win this game, to win this series, to be champions, we got to bring it,’ said Antetokounmpo.

‘We’ve got to stay aggressive, it’s all mental right now.’

The Suns made just nine of 31 three-point attempts and coughed up 14 turnovers – the teams meet again in Milwaukee on Wednesday for fgame four.

Joe Biden considers a diplomatic boycott of the Olympics. from Beijing

Joe Biden considers a diplomatic boycott of the Olympics. from Beijing