Boris Johnson announced plans in July to make double vaccination a ‘condition of entry’ for nightclubs in England because of fears that they could become Covid hotspots.

But ministers will meet next week to discuss extending the requirement to a string of other ‘mass events’, the Mail has learnt.

Although final decisions have not been taken, a Whitehall source said the plans were likely to be ‘very similar’ to those unveiled by Nicola Sturgeon in Scotland this week. 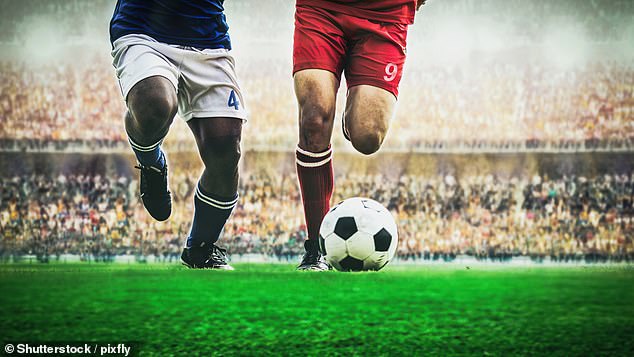 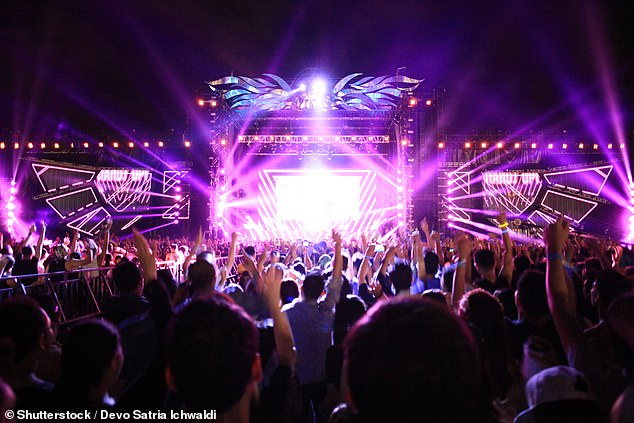 Ministers will meet next week to discuss extending the requirement to a string of other ‘mass events’, the Mail has learnt (stock image)

The SNP leader said vaccine passports would be mandated for all unseated live events attracting more than 500 people indoors or 4,000 outdoors. All events with audiences of more than 10,000 would also be covered, whether seated or not.

A Whitehall source said precise audience caps might vary in England but the types of events covered was likely to be the same.

The rules would make Covid passports mandatory for most big sporting events, as well as music concerts, festivals and some exhibitions. Sources said large theatres could also be covered.

But in a concession to Tory MPs, the Government is expected to rule out imposing the new system on the wider hospitality sector for now, meaning pubs and restaurants will escape.

The move will put ministers on collision course with more than 40 Conservative MPs who have pledged to vote against any plan for vaccine passports. It will require legislation, meaning there will be a crunch vote in the Commons. 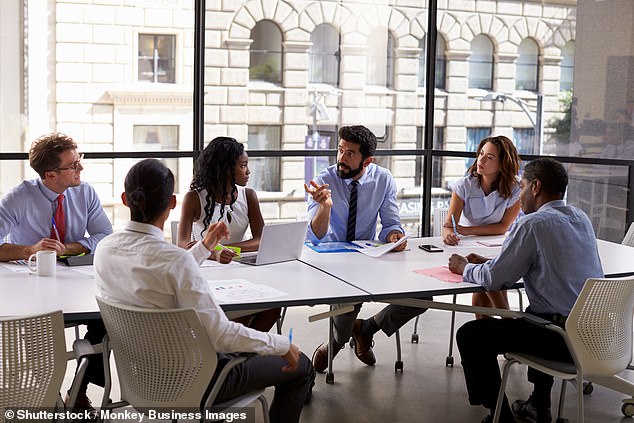 Although final decisions have not been taken, a Whitehall source said the plans were likely to be ‘very similar’ to those unveiled by Nicola Sturgeon in Scotland this week (stock image)

But the Government is also planning to open a second front by seeking a vote on extending controversial Covid powers for a further six months. Ministers believe the system could help enable mass events to continue operating this winter if cases surge.

A Whitehall source said: ‘The evidence is that certification can help put a bit of control around an event and provide reassurance.

‘Everyone understands the concerns around freedoms but we may be in a situation this winter where the alternative is more closures and economic damage to sectors that have suffered hugely already.’

Sources also suggest some affected businesses such as the Premier League, exhibition organisers and West End theatres have expressed interest in using vaccine passports to provide greater reassurance to customers.

Many observers believed the threat of mandatory vaccine passports for nightclubs was designed to encourage young people to take up the offer of a jab and would not be followed through. 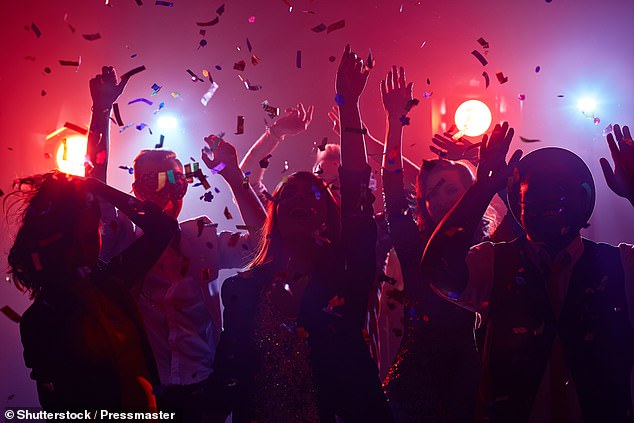 One of the biggest Covid PCR testing companies is under investigation by the competition watchdog after a series of customer complaints.

Expert Medicals faces allegations that tests and results were not provided in a timely manner, or at all in some cases, and bosses failed to respond to complaints and refunds were not issued, according to the Competition and Markets Authority (CMA).

The watchdog also revealed it has written to a further 19 testing firms telling them they must stop advertising misleading prices or face legal action under consumer protection laws. CMA officials revealed Expert Medicals has been the subject of a high number of complaints to Citizens Advice and themselves, and has been removed from the Government list of testing providers.

Those on the list must self-declare that they meet the Government’s minimum standards for Covid-19 testing. Last week ministers said they would be advising 82 companies they face being removed from the list if they advertise misleading prices.

Andrea Coscelli, CMA chief executive, said: ‘If we find that firms have been misleading customers and failing to provide the service that people have paid for, we stand ready to take action.’

The CMA sent an open letter to PCR test providers last week warning that a range of harmful practices, such as not advertising additional charges in upfront costs, could breach consumer protection law.

But Downing Street confirmed this week that the Prime Minister intends to bring forward legislation imminently, with the aim of having the provision in place by the end of this month.

Tory rebels said last night the Government faced a Commons defeat unless it can secure backing from Labour. Steve Baker, deputy chairman of the 70-strong Covid Recovery Group of Tory MPs, confirmed he will vote against the plans, adding: ‘It is all on Labour.’

He said it was clear fully vaccinated people can still get Covid, limiting the effectiveness of passports in preventing outbreaks.

Any benefit they might have ‘isn’t worth a two-tier checkpoint society’, he added.

Former Tory leader Sir Iain Duncan Smith said: ‘I fear this is the thin end of the wedge.

‘What starts off as something for nightclubs then goes on to football matches and before you know it you will have to have a vaccine passport to go a restaurant. It will end up being a form of ID cards by the back door, something we have never had in this country and never should have. We do not want to become a “papers please” society.’

Labour has indicated it may oppose vaccine passports, which Sir Keir Starmer has described as ‘un-British’. But the party has said it wants to see the details of legislation before making a decision.

Critics have pointed to anecdotal evidence that Covid certification schemes, which also include the option of taking a test, have not always proved effective, citing the Euro 2020 football final which is thought to have been the source of a large number of cases.

Separately, with Covid regulations due to expire at the end of this month, ministers are expected to seek an extension of the Coronavirus Act for a further six months. The last time the legislation was extended it prompted a rebellion by 35 Tory MPs.

Former Cabinet minister David Davis yesterday predicted a new rebellion, saying the Act ‘contains some of the most draconian powers ever introduced in the UK’.

However, Labour is likely to back the extension of the measures.

By Emma Powell Showbusiness Correspondent for the Daily Mail 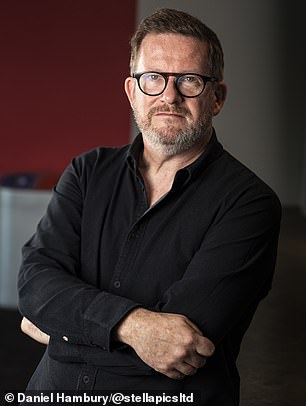 A leading choreographer has criticised West End stars who refuse to be vaccinated.

Sir Matthew Bourne, who has won multiple awards for work including an all-male Swan Lake, said the performers were putting lives and productions at risk. He voiced his fears in a Twitter thread criticising Miriam-Teak Lee.

Miss Lee, 26, who plays the titular role in the musical &Juliet, was accused of refusing to get the Covid-19 vaccine.

Sir Matthew replied that he agreed, saying that everyone should be able to choose but that their decision affected others.

Miss Lee had said ‘you should not be made to feel like the devil’ for not being jabbed, adding: ‘This division is bringing out the worst in people.’ 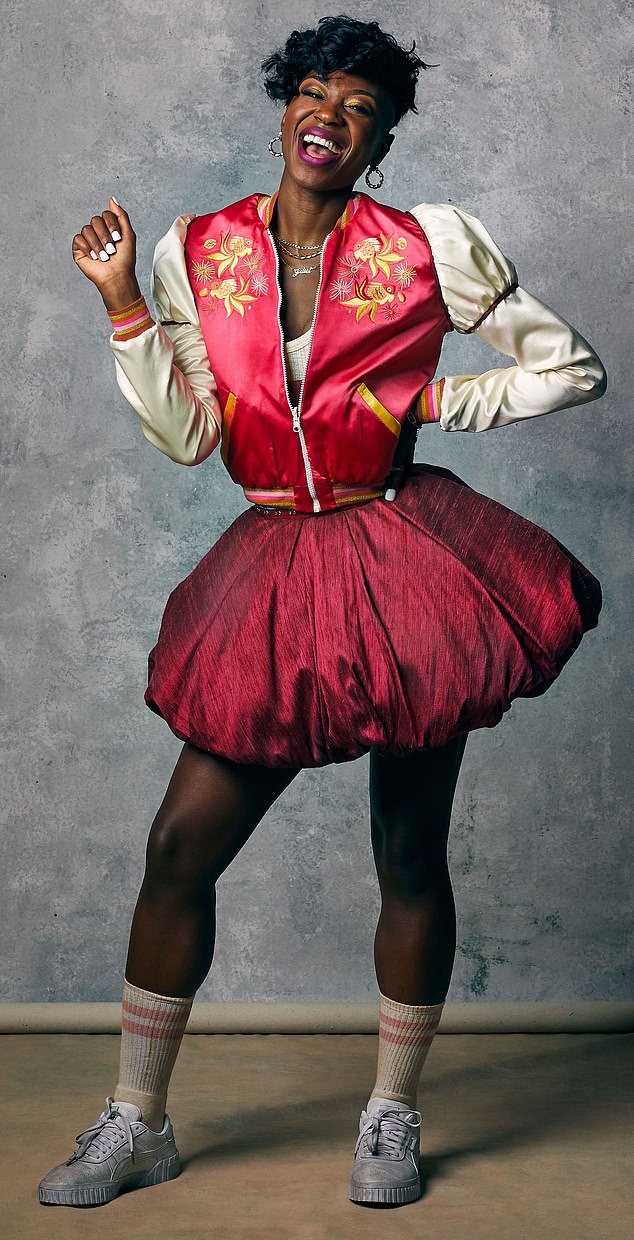 He voiced his fears in a Twitter thread criticising Miriam-Teak Lee (pictured). Miss Lee, 26, who plays the titular role in the musical &Juliet, was accused of refusing to get the Covid-19 vaccine

Should you bet on DocuSign’s exciting growth prospects in September 2021?