Boris Johnson was accused of breaking another promise today as ministers unveiled plans for a ‘leaner’ hi-tech British Army – declaring that a force will still be based in Germany.

Defence Secretary Ben Wallace insisted that the huge overhaul is needed to ensure that the military is ‘deployable and lethal’.

But Labour claimed ‘size matters’ and the government had reneged on the PM’s election vow by cutting regular Army numbers from 82,000 to 73,000 by 2025 – albeit that is 500 higher than originally expected.

The shake-up will see the creation of a new Union Division, with Mr Wallace saying he wanted the army to be at the ‘heart’ of the UK in an apparent rebuke to Nicola Sturgeon’s separatist drive.

Regular forces will be combined with a reserve of 30,000, which will take the lead on civil contingencies.

A brigade of tanks and armoured vehicles is set to be based in Germany, despite the Cold War presence only recently being wound down.

Mr Wallace said the Government has provided the resources for a ‘generational modernisation’ of defence, with £41.3billion being injected into army equipment and support over the decade – £8.6billion more than had been planned prior to the Integrated Review.

He said: ‘The Army will now be reorganised to operate on a continuous basis, fielding all the relevant capabilities for this era of constant competition and persistently engaged around the globe supporting our partners and deterring our adversaries. 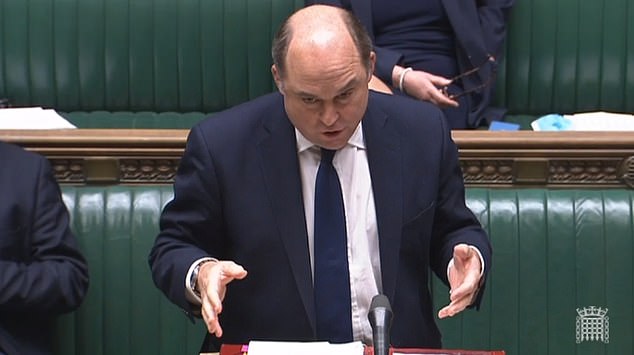 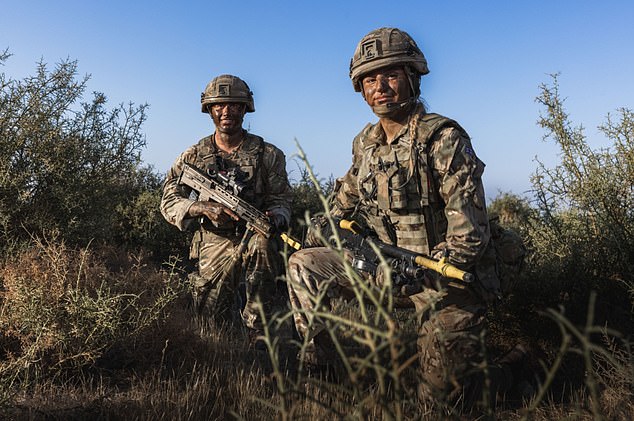 Labour claimed ‘size matters’ and the government had reneged on the PM’s election vow by cutting regular Army numbers from 82,000 to 73,000 by 2025 – albeit that is 500 higher than originally expected

‘Crucially, it will also be an army designed for genuine warfighting credibility as an expeditionary fighting force that will be both deployable and lethal when called upon to fight and win.’

Mr Wallace said the Army will be ‘leaner but more productive’, also telling MPs: ‘Prioritising speed and readiness over mass and mobilisation but still be over 100,000-strong – integrating regulars and reserves as well as all the civil servants and partners from the private sector.’

The Defence Secretary said the army of the future will have six ‘distinct’ elements, including having more personnel deployed for more time via a ‘new network of regional hubs’ in places such as Oman and Kenya.

It will be capable of fielding a division throughout the decade as it makes key contributions to Nato warfighting, MPs heard.

Upgraded equipment, a new Experimentation and Trials Group to be established in 2022 to ‘stay at the cutting edge’ of technology, and being at the ‘heart of the union’ were also among the criteria listed by Mr Wallace.

He said: ‘There will be an increased proportion of the Army based in each of the devolved nations and expenditure contributing to prosperity throughout the United Kingdom under our upcoming land industrial strategy.’

Mr Wallace said the Army ‘cannot afford to be slave to sentiment’ as he confirmed the new administrative divisions of infantry will be: the Queen’s Division; the Union Division; the Light Division; and the Guards and Parachute Division.

Scotland is expected to be home to more units and a greater proportion of the Army’s workforce than today, while Wales will ‘see the return of the Welsh cavalry, The Queen’s Dragoon Guards’ and a new reserve company – of third battalion the Royal Welsh established in North Wales.

Northern Ireland will keep the same number of army units but host a greater proportion of its workforce and gain an additional reserve company of the Royal Irish, Mr Wallace said.

SNP defence spokesman Stewart McDonald took to Twitter to condemn the Union Division plan. “Attempts like this to politicise serving personnel, who choose to go into a career in uniform with a desire to protect, is a sign of how desperate the conservative government has become,’ he said.

“Soldiers need a real improvement in terms & conditions, not used for political aims.”

A new Ranger Regiment, standing up from December 1, will form part of the newly established Army Special Operations Brigade, which is expected to be deployed alongside allies to counter extremist organisations and hostile state threats.

Shadow defence secretary John Healey questioned why MoD civilian staff numbers had risen by 2,200 since 2015, while full-time soldiers had been cut by 5,000 in the same time. 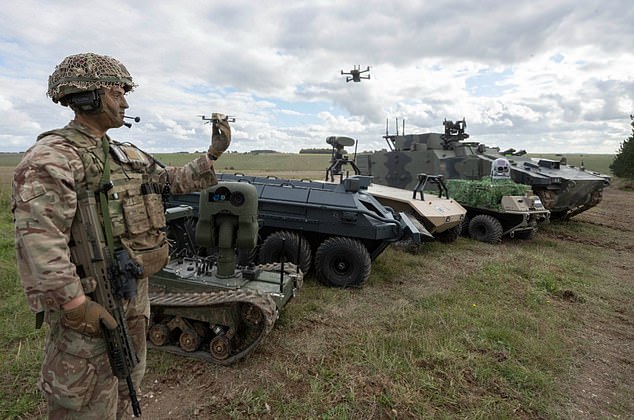 Mr Wallace said the Government has provided the resources for a ‘generational modernisation’ of defence, with £41.3billion being injected into army equipment

Describing the plan as ‘dictated by costs not threats’, he added: ‘I fear that this plan leaves the British Army too small, too thinly stretched, too poorly equipped to deal with the threats that the UK and our allies now face which are growing and diversifying.’

Mr Healey said Mr Johnson had committed in 2019 to ‘maintaining the size of our armed forces’.

He said: ‘The prime minister may take the pledges he makes to our armed forces and the public lightly, but we do not. By the time of the next election Britain will have the smallest army in 300 years. Size matters.’

Tobias Ellwood, Conservative chairman of the Defence Committee, said: ‘As we wisely fine-tune our ability to fight, this is not the time to cut the defence budget or reduce our tanks, our armoured fighting vehicles and our troop numbers as we are doing.’

Challenged on whether the reduction in the size of the British Army will discourage people from choosing it as a career, Mr Wallace said: ‘I think it will be flexible and I think it will be an Army that will retain people because it will give them an exciting career and it will make sure that their families are properly looked after.’

If the ancient Egyptians would attend the procession of rams, what would they wear?