A doctor who was placed in a medically-induced coma for two months after contracting Covid-19 has opened up about her recovery, as medics said it was ‘nothing short of a miracle’ she lived.

Dr Anushua Gupta spent 150 days in hospital last year, and had to learn to sit upright, stand and walk again.

After she was weaned off sedation, the GP initially couldn’t speak due to ‘prolonged’ intubation while on a ventilator to breathe. 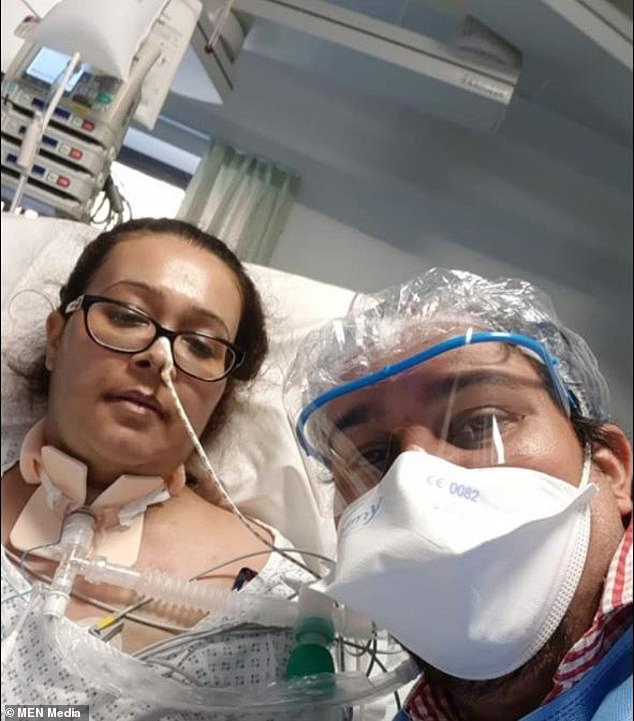 Dr Anushua Gupta, pictured with her husband Ankur, contracted Covid-19 and was placed into a medically-induced coma for two months before beginning a long process of recovery

Dr Gupta, who is now raising funds for two pieces of vital equipment for the acute intensive care unit at Wythenshawe Hospital, in South Manchester, as way of thanking medics for saving her life, detailed her struggle in a recent social media post.

Her daughter, Ariana, was just 18-months-old at the time.

The toddler remained at the family home in Cheadle Hulme with her husband Ankur, during her long stay in hospital.

‘I remember the night I deteriorated clearly like it was yesterday,’ said Dr Gupta.

‘Immediately I thought it was the angel of death. I was petrified.’

Admitted to hospital at Wythenshawe, she went on: ‘An intensive care unit consultant came to see me soon after and explained that I would have to go onto a ventilator. My worst fears were coming true. 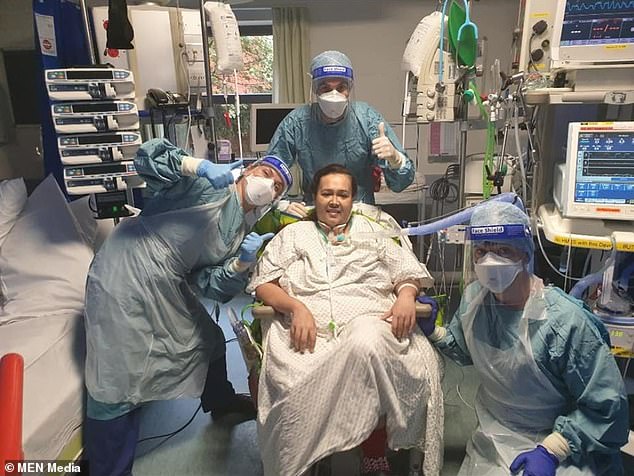 ‘I had to keep it together for the sake of Ankur.

‘He had to be strong for Ariana as I believed at that time that I was never going to make a comeback.’

That night she was intubated and put on a ventilator to breathe. Dr Gupta remained in a medically-induced coma for two months.

‘Simply put, it is a machine which does the job of the lungs whilst the lungs rest and repair – in my case, repair from the huge insult caused by severe Covid pneumonia infection,’ Dr Gupta said.

‘Of course, in reality, how ECMO works is a lot more complex than that. Not everyone is a candidate for ECMO.

‘[It] is the most superior form of life support when a ventilator fails. It was one of the most important keys to my survival.

‘I was one of the very few in the UK to go on ECMO for Covid-19 at the time. Doctors had very little hope if any that I would survive.’

In spite of the odds, by the middle of May there were signs of recovery. 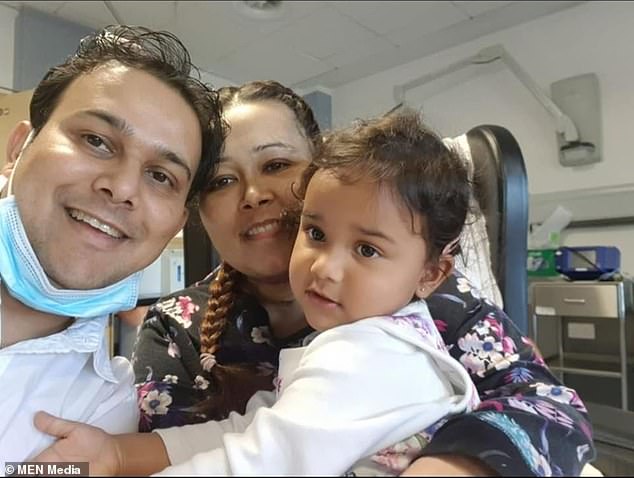 Anushua pictured with her husband Ankur and their daughter, Ariana, as she recovered

Dr Gupta was slowly weaned off the machine after 34 days, but spent a further eight weeks on a ventilator.

‘I have been told by many doctors and nurses that it was nothing short of a miracle that I survived,’ she added.

Dr Gupta was transferred onto the acute intensive care unit (ACIU) where she remained for a month before beginning intense rehabilitation.

‘To say that the AICU nurses were simply amazing at their job is an understatement. They are like super-humans. They are friends, companions and highly experienced nurses all in one person.

‘I felt so lucky to have received the care I did from every department I was in during my admission.’ 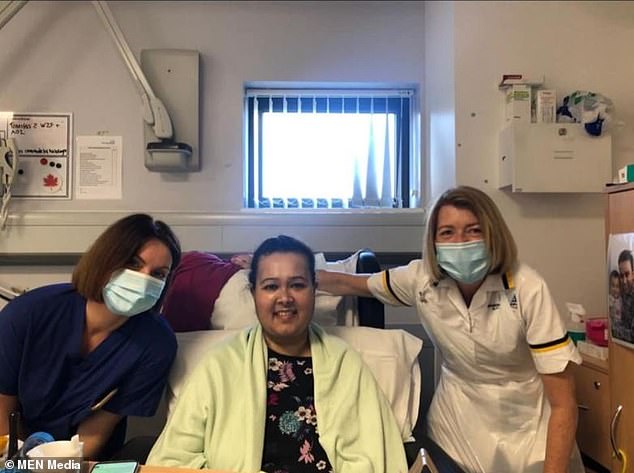 The GP had to learn to sit upright, stand and walk again and was unable to speak initially

Dr Gupta told of muscle atrophy and having to learn to walk just a few steps.

‘I had to be hoisted around for two months,’ she said.

‘When I was weaned off sedation, I was alarmed to find out that I had no voice. It was so distressing that I could not communicate.’

‘I was very worried about my voice normalising especially as I am a GP and my job revolves around talking and also that I wouldn’t be able to sing rhymes with my toddler,’ she said.

She was discharged home on September 1, and says her daughter has been her ‘driving force’.

‘I have significant changes to my lungs. It is unknown at this stage whether those changes are reversible.

‘I still do get breathless, but this is improving and my exercise tolerance is getting better.

‘I was suffering significantly with pains in all of my joints for many months. I feel this may well be part and parcel of Long Covid Syndrome. However, this is improving as I am getting fitter and more active.

‘My mental health is so much better. I try to keep a very positive outlook on life.

‘I feel like I’ve been given a second chance in life. The power of having supportive family and friends close by is phenomenal for one’s mental and physical well being. I must say I have been truly blessed.

‘Thank you so much Wythenshawe Hospital.

‘I am here because of you all. I am able to write my story because you saved my life.’

She added:  ‘The fight is not over yet. We are still in a pandemic. My main message is that this is an example of how severe Covid can be for even the younger generation.’

Oscars 2021: Fewer stars, no audience and no Zoom appearances amid Covid-19 restrictions