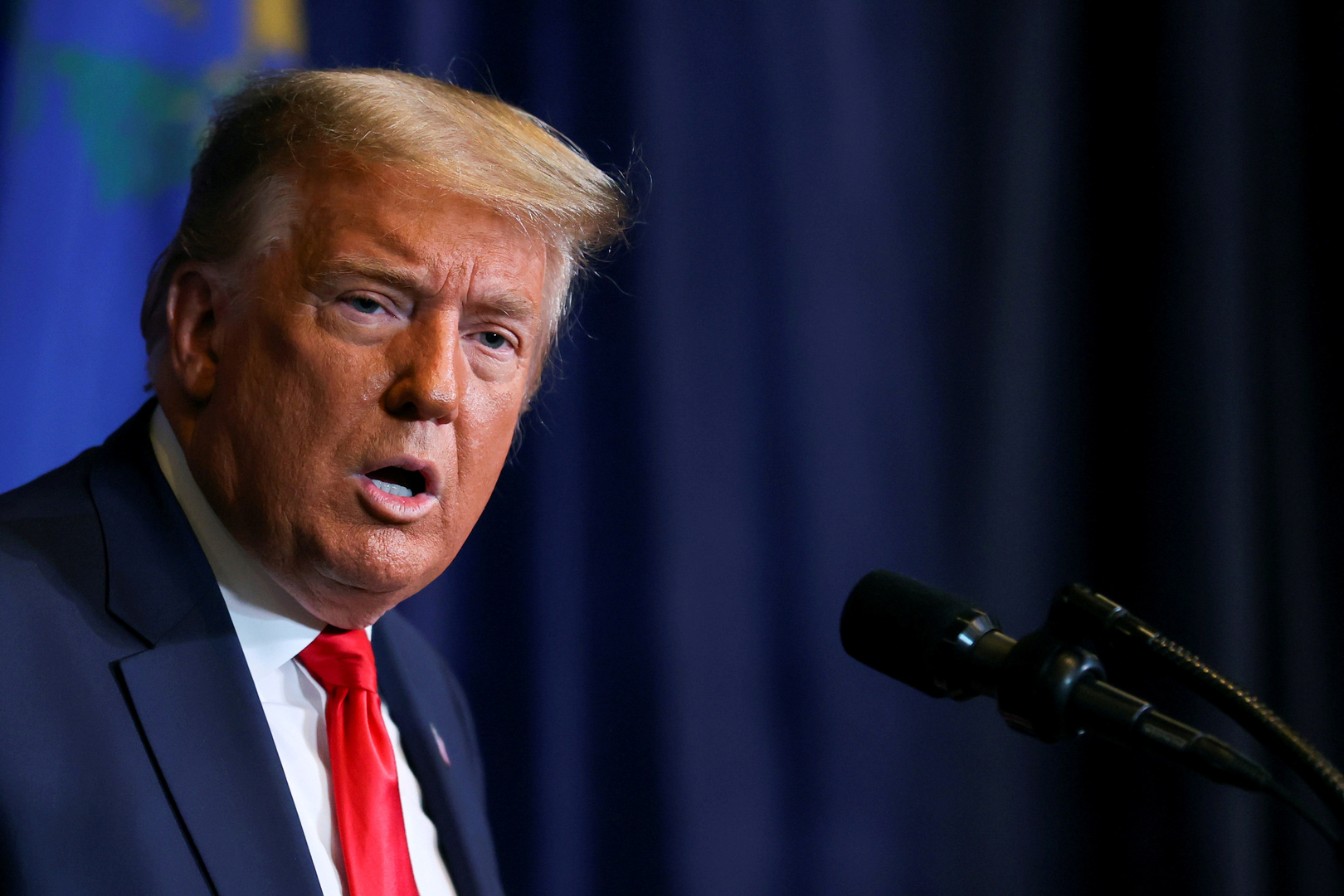 The British “Mirror” newspaper considered that the outgoing US President Donald Trump is vulnerable to prosecution for ten crimes, which may lead to imprisonment.

The British newspaper reviewed the most famous cases that may lead to Trump’s trial, and possibly his conviction and imprisonment in the future.

The newspaper indicated that Trump’s name was linked to the influence of Robert Mueller’s special investigation into the alleged Russian interference in the 2016 presidential elections.

But Mueller’s team concluded that an indictment could not be brought against an incumbent president. However, Trump denied obstruction of justice, describing the investigation as a “witch hunt.” In theory, however, the next Justice Department could bring charges against him.

Charges related to the elections

According to the newspaper, during the recent presidential election, Trump committed violations that amount to criminal charges, as he pressured Georgia state officials to “find” enough votes to turn the election results in his favor. It also fueled partisan instincts, which led to the storming of Congress and the killing of 5 people, including a policeman.

Some experts believe that Trump’s behavior may expose him to many civil issues.

And she added: As President of the United States, Trump has enjoyed immunity from prosecution, but it appears that New York attorneys have shown interest in the case again, and this is considered “fraud” in the records to promote an illegal act.

The Mirror pointed out that more than 30 women accused Trump of committing inappropriate sexual behavior towards them, while E Jean Carroll indicated in a book released in 2019 that Trump raped her more than 20 years ago, which the President denied.

She reported that Carroll had filed a lawsuit against him, but that the Department of Justice transferred the case to federal court.

In October of last year, she added, a judge dismissed the suit, but after he becomes a private citizen defendant in a civil case, Trump may have to provide evidence.

She indicated that the case is currently before the civil courts, which means that any penalties will be material to a large extent. However, if James finds evidence of criminal misconduct, that could all change.

They pointed out that Trump has been accused of using his position in the presidency for personal gain. The Democrats have filed two lawsuits accusing Trump of violating the “bonus clause” in the US Constitution, against the backdrop of spending money by some state representatives in his company’s hotel in Washington.

She indicated that the Trump administration has succeeded in challenging these allegations, and so far the court has not issued a ruling on the president’s violation of that clause.

The newspaper reported that Trump and his three older sons were sued for fraud in 2018 for switching the marketing process of the “junior” program to “ACN Opportunity LLC”, which filed for bankruptcy.

She pointed out that prosecutors said that the Trump family had convinced marketing companies to invest hundreds of thousands of dollars in the ACN video phone service, but that smartphones quickly outdid the company’s product.

Now, it has become easier for prosecutors to request documents from Trump or even force him to testify at trial.

The newspaper added that Mary Trump, the president’s niece, filed a lawsuit against him, accusing him of conspiring with her uncle and aunt to defraud her with millions of dollars of her grandfather’s property.

And she added that last year, Mary published a best-selling book, in which the president was portrayed as a “narcissistic liar,” and claimed that when she agreed to settle a dispute over her grandfather’s will, she was told that the estate was worth $ 29.6 million, but she later learned that it was closer. To a trillion dollars.

It stated that Trump had accused his niece of lying, but that he could no longer be entrenched as president as an excuse for not complying with any civil lawsuit.

The Case of the “Apprentice” Star

A few weeks before the 2016 election, former “Apprentice” contestant Summer Zervos claimed that Trump kissed and touched her in 2007.

After calling it false, Zervos filed a case against him for defamation in 2017. Trump agreed to testify in court, but his lawyer managed to delay it until the appeals court’s decision this year.

And it indicated that Trump would lose the ability to use presidential immunity due to the legal precedent.

The Mirror confirmed that Trump can issue a special pardon on himself, but the pardon is considered an admission of guilt, which may expose him to more private lawsuits.

She added that Trump may try to pardon himself to make sure he is not accused of incitement, but that admitting the crime eases the way for a civil case against him.

Your favorite restaurant or small business – as many as 36,000 – face closure without coronavirus relief