A bathroom innovation designed to save water is actually wasting billions of gallons every year.

Dual-flush toilets are wasting more water than they save, reports UK conservation group the Waterwise Project, which points the finger at frequent leaks and users being confused by the flush buttons.

Between 5 and 8 percent of UK toilets are leaking, the group says – adding up to about 88 million gallons of water a day – and most are dual-flush models.

‘Because so many dual-flush toilets flow continuously, ‘that water loss is now exceeding the amount of water they should be saving nationally,’ Andrew Tucker, water efficiency manager at Thames Water, told the BBC.

Scroll down to watch video 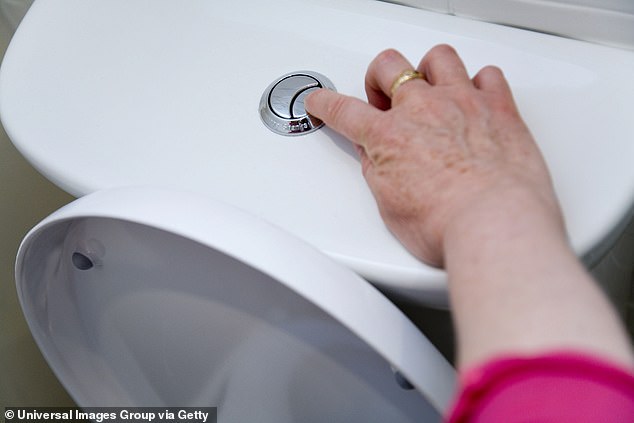 Dual-flush toilets are wasting more water than they save, reports UK conservation group Waterwise, which points the finger at frequent leaks and users being confused by the flush buttons

‘The volume of water loss is getting bigger every day as more people refurbish and retrofit their older toilets and as we build more homes, so we’re actually adding a problem.’

When used correctly the high-efficiency models can save up to 68 percent more water than a conventional low-flow toilet.

But dual-flush toilets are prone to leaks, experts say.

Traditional toilets use a siphon system – the handle forces a high volume of water over a lip down into a tube. When air hits the siphon tube, it stops sucking in water. 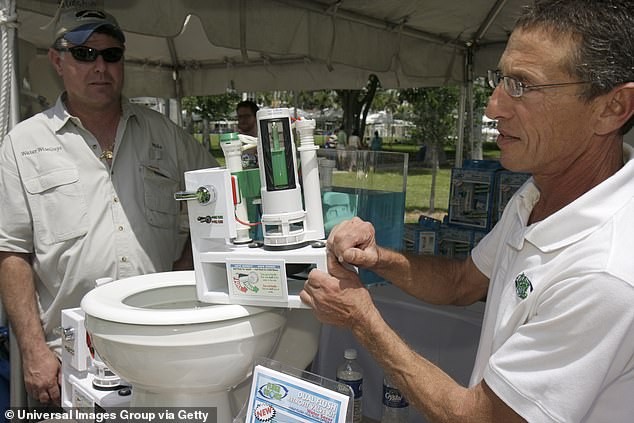 Dual-flush toilets use a drop valve system to evacuate waste and water. But the valve can get stuck open by mineral deposits or other debris, causing the toilet to fill continuously. Most of the 5-to-8 percent of UK toilets that are leaking are dual-flush models, according to Waterwise, adding up to about 88 million gallons of water wasted every day

Most dual-flush toilets use a drop valve, which sits underwater at the bottom of the tank.

Instead of relying on siphoning it uses gravity to do the job, which means less water for every flush.

But that valve can easily be stuck open by mineral deposits or other debris, causing the toilet to fill continuously.

‘A siphon will not leak whereas an outlet valve – if we look at the figures we’ve got – they could leak within a week of installation. It could be two years but they will leak,’ Jason Parker, managing director at plumbing manufacturer Thomas Dudley Ltd, told the BBC. 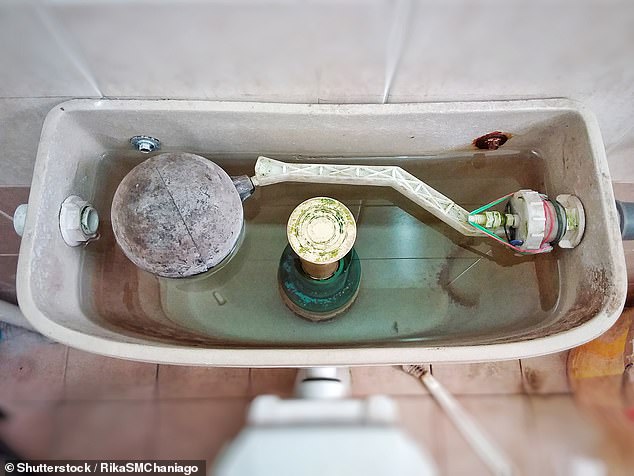 Traditional toilets use a siphon system – the handle forces a high volume of water over a lip down into a tube. When air hits the siphon tube, it stops sucking in water, making leaks less likely

Even though dual-flush toilets are his biggest seller, Parker says he wants drop valves banned in the UK.

‘If we’re serious about wasting water and we want to stop it, the only way to do that is put a siphon back in.’

Aside from the engineering issue, there’s also a communication problem.

Thames Water found as many of half of its customers used the wrong button – or pressed both.

The first two-button toilets were developed in Japan in the 1960s but didn’t migrate to the West until the 1980s, when they were introduced in Australia by Caroma Industries.

They were seen as environmentally friendly because they gave users a choice of how much water to use: A full 1.6-gallon flush for solid waste or a half-flush for urine.

Old-school toilets typically use at least 3.5 gallons in every flush.

The dual-flush became ubiquitous in water-deprived Down Under, and is commonly seen across Europe, Asia, and the Middle East.

It’s increasingly popular in new construction in the US, as well.

Though they’re more expensive than other types of low-flush toilets, many consumers believe they’ll save money in the long run with lower water bills.

HOW DO ASTRONAUTS GO TO THE TOILET?

On board the ISS there is a toilet which has several attachments.

As there is no gravity in space, liquids do not flow but accumulate in floating globes.

To counter this problem, there are hoses which are used and provide pressure to suck the fluid from the body.

Each astronaut has their own personal attachment.

When a toilet is not available or the astronaut is on a space-walk, the astronauts use MAGs (maximum absorbency garments) which are diapers that soak up all the waste.

They are effective for short missions but have been known to leak occasionally.

Nasa is aiming to develop a suit which allows for long-term spacesuit usage and complete independent disposal of human waste.

On the moon missions there was no toilet and the all-male crew had ‘condom catheter’s that attached to the penis and the fluid was fed to a bag that resided outside of the suit.

According to an 1976 interview with astronaut Rusty Schweickart, the condom catheters came in three sizes: small, medium and large.

Despite the practical advantages of having the right size, the astronauts often ordered the large ones and this resulted in a leakage of urine in the suit.

To combat this, Nasa renamed the sizes as large, gigantic, and humongous to appease the male ego.

There has yet to be an effective female equivalent developed, something Nasa aims to change for the Orion missions.