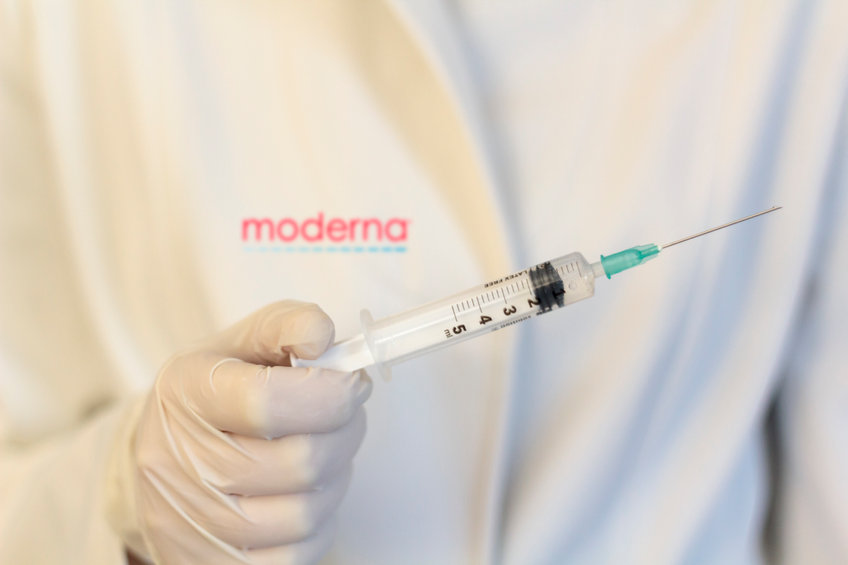 Shares of Moderna Inc (NASDAQ: MRNA) are down more than 15% since Thursday when Merck said its oral COVID-19 pill reduces the risk of hospitalization and death by 50%. But Short Hills Capital Partners’ Stephen Weiss is convinced the sell-off is only transitory.

Weiss continues to see the dip as a “buying opportunity” and added to his position this morning. On CNBC’s “Halftime Report”, he said:

The Merck therapeutic is not a substitute for preventative. Furthermore, Merck is only 50% effective, and we don’t know what the side effects are. It makes no sense to say I won’t take the vaccine because I’m getting a 50% better chance of not being hospitalized or dying by taking this pill.

Last month, Moderna CEO Stephane Bancel said the global pandemic could be over in a year.

The European Medicines Agency approved Pfizer and Moderna booster shots for immunocompromised people on Monday to be taken 28 days after the second shot that Weiss sees as a major positive for Moderna. He added:

It’s not just a COVID company. It’s still the cheapest stock I own based on the COVID revenues. You will need a booster going forward, that’s clear. So, to sell it based on this news when the stock is trading at a ridiculous multiple of seven times with their platform that’s more than double the last couple years, speaks to the market, not to Modera.

So, based on fundamentals, Weiss said he was happy with his stake in Moderna that represents his largest position ever.

The crypto market has been quite busy over the past month, not just in terms of bullish gains, but...

Solana SOL/USD is a blockchain network that is seen as a direct competitor to Ethereum due to the fact...

With results coming out soon, is Moderna a good buy now?

Invezz does not provide financial advice. Our aim is to simplify information about investing, enabling each user to make...

The partnership between Tether (USDT/USD) and digital identity startup Notabene aims to combat money laundering in cross-border transfers between...

Solana (SOL/USD) enjoys putting on an exemplary performance while the rest of the market is down. The broader market...

Why the California Oil Spill Is Likely To Spread | Video