A Colorado man claims he developed blood clots after receiving a dose of the Moderna coronavirus vaccine.

Jeff Johnson, of Brighton, ended up in the emergency room after experiencing pain and swelling in his left leg, reported KDVR.

Johnson was diagnosed with deep vein thrombosis (DVT), which is when a clot forms in a vein deep in the body such as in the thigh or lower leg.

Although these clots are different than the ones seen in patients who received the Johnson & Johnson vaccine, the 49-year-old said he was scared he was going to die. 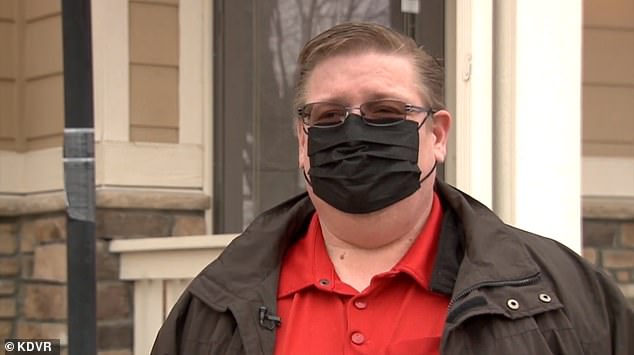 Jeff Johnson, 49 (pictured), of Brighton, Colorado, experienced blood clots in his leg one week after he received the Moderna coronavirus vaccine at the Salud Family Health Centers 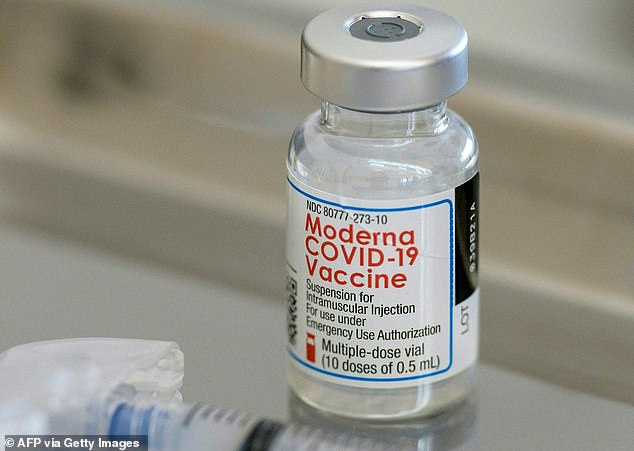 According to Johnson, his doctor said it’s possible the blood clot, known as deep vein thrombosis, could have been caused by the Moderna vaccine. Pictured: A vial of the Moderna COVID-19 vaccine in New York City, April 2021

Johnson told KDVR he received the Moderna vaccine at the Salud Family Health Centers in Brighton, where lives.

There were no issues until about one week later when he began feeling swelling, pain and tenderness in his left leg.

‘I was concerned, naturally. I know blood clots are bad and I was afraid to die,’ he told the station.

When Johnson went to the ER, doctors found two blood clots in his left leg, and he was told he had DVT.

DVT occurs when a blood clot forms in one or more of the deep veins in the body, typically the legs. 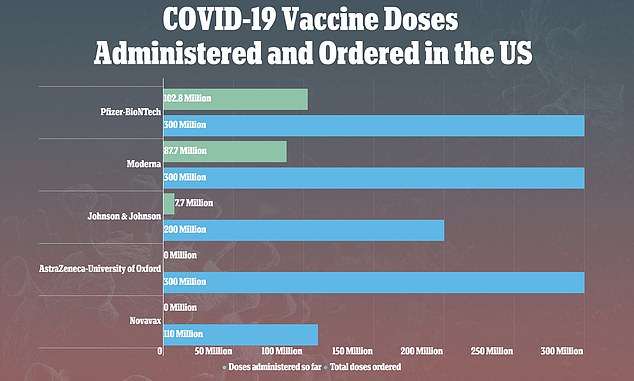 J&J’s vaccine was paused  in the U.S. after nine people – two in clinical trials and seven after the shot was approved – developed rare, but serious, blood clots  in the brain out of more than 7 million vaccinations

About half of all people don’t have symptoms but those who experience pain, swelling, red or discolored skin, or a feeling of warmth in the affected leg.

The cumulative chance of developing DVT over the course of a lifetime ranges from two percent to five percent and the chances of dying are less than 0.01 percent.

Johnson told KDVR that his doctor said the clots could have been caused by the Moderna vaccine, but there is no evidence.

The 49-year-old said he became more concerned after her heard about clotting issues from the J&J vaccine.

The clots associated with the J&J shot are different, however, and are called cerebral venous sinus thrombosis (CVST).

CVST is a rare type of blood clot that blocks the brain’s sinus channels of draining blood, which can cause hemorrhages.

So, far nine patients – two in clinical trials and seven after the vaccine was approved – developed the clot, of which one died and two are in critical condition. 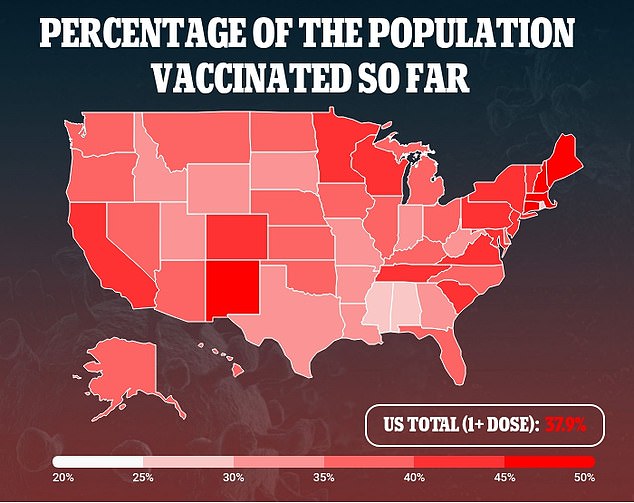 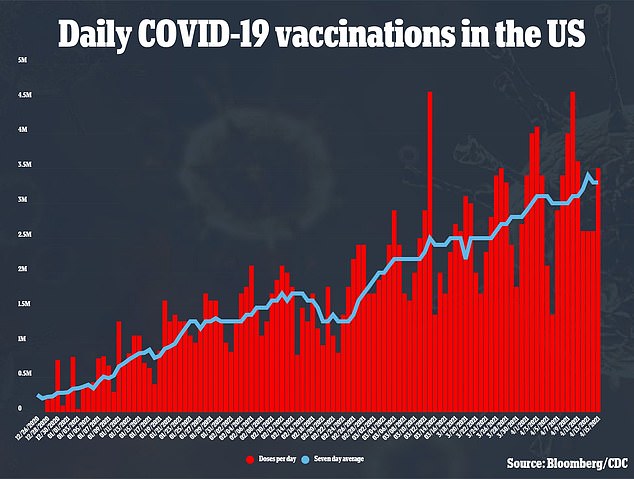 It led the Centers for Disease Control and Prevention (CDC) and the U.S. Food and Drug Administration (FDA) to recommend on Tuesday that rollout of the J&J vaccine be paused until more data can be collected.

Dr Pradeep Dhar, Vice President of Medical Services at Salud, where Johnson got his shot, told KDVR that CVST has not been linked with the Moderna vaccine.

He added that he has only seen three reports of people who developed clots like the ones Johnson experienced after vaccination out of at least 18 million appointments, and recommends everyone be immunized.

‘The risk of getting a COVID infection and complications is way higher than the risk of having a clot with any vaccination,’ Dhar said. 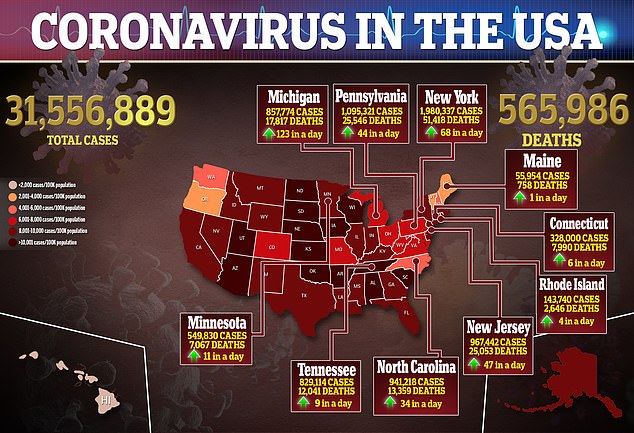