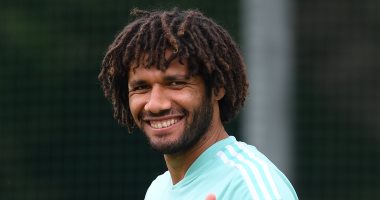 Egyptian international Mohamed Elneny, Arsenal midfielder, spoke about his memories with football, especially the early days he spent in the ranks of the London team and the derby match that brought his team and Tottenham Hotspur, a few days after his official transfer from the Swiss team Basel, in an interview for the official website. for the club.

Mohamed Elneny initially said of his debut in the Premier League: “I knew it was a big derby for us, and I wouldn’t say I was shocked by the air, in fact, I really enjoyed playing in such an atmosphere, I enjoyed every moment.”

Mohamed Elneny added, “The fans were crazy every minute of the match and I remember the days leading up to the match as well. Vic Akers (the official at the time) came to talk to me and said, ‘This is very, very important, you have to be ready for the match.’”.”

And about the fans, Elneny said of the first appearance: “For me, the fans are very similar all over the world, everyone loves football, everywhere you go, they are passionate about football especially those who go to the stadiums, but I have played in the Premier League for six years now, so maybe I forgot what it is It’s the case elsewhere, but I love the Premier League and competitive matches as much as the atmosphere.”

Mohamed Elneny continued: “I love this tournament. All matches are competitive, and you never know who will win a match. This is one of the best things in the Premier League. Every team is very strong so you never know. Maybe the fans don’t realize that much here, but I can tell you. I tell you, not every contest is as strong as this.”