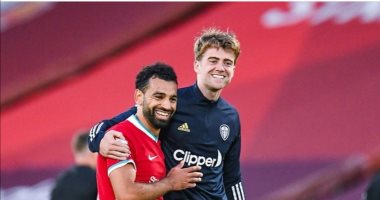 The Egyptian international, Mohamed Salah, the top scorer for the Liverpool team, outperformed his international rival, Patrick Bamford, the Leeds striker, digitally during the current season 2021/2022, before the two teams’ expected match, which starts at 5:30 pm today, Sunday, at the “Island Road” stadium in the fourth round of competitions. Premier League competitions.

The figures monitored by the global “Sofa Score” network, which specializes in football statistics, revealed that Mohamed Salah is more good in front of the goal, both in terms of goals, assists or achieved opportunities.

The Egyptian star, Mohamed Salah, is at the head of the Liverpool squad in today’s meeting, while the Brazilian Reds will miss Roberto Firmino because of an injury.

Also playing with Liverpool in today’s match, the Brazilian duo Alisson Becker and Fabinho, after the International Football Association “FIFA” allowed Latin American players to play the matches, after preventing them from participating with their national teams during the international break.

Liverpool enters the match tonight and has 7 points collected from two victories and one draw, occupying seventh place, while Leeds has two points from 3 matches, where it tied two matches and lost one match, occupying the seventeenth place.

The numbers of Mohamed Salah vs Bamford during the 2021/2022 season are as follows: