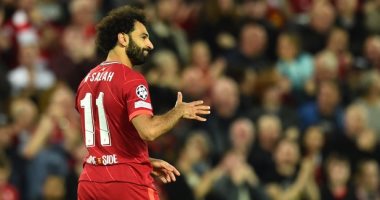 The Egyptian international Mohamed Salah, the Liverpool player, was in the list of the top 10 players in the five major leagues, according to the statistics issued by the global “Hoscord” website, which specializes in numbers and statistics, after the end of the matches of the last round of the championships.

Mohamed Salah ranked ninth in the table of the top 10 players in the five major leagues, with an evaluation of 8 degrees collected during 450 minutes of participation during the current season.

During the five matches he played, Mohamed Salah scored 4 goals and assisted 2, and was the top scorer in the Premier League with Manchester United player Bruno Fernandes, and West Ham United striker Michel Antonio.

The list of the top 10 players in the five major leagues witnessed the absence of the legendary duo, Cristiano Ronaldo, the star of Manchester United, and Lionel Messi, the star of the French team Paris Saint-Germain.

The Norwegian player Erling Haaland, the German player of Borussia Dortmund, came at the top of the rankings of the top 10 players in the five major leagues, with a rating of 8.51.

Real Madrid striker Karim Benzema came in second place with a score of 8.37, as he contributed to 11 goals, 6 goals and 5 assists, during his participation with the royal team.

Poland’s Robert Lewandowski came third in the table with 8.34 points, after scoring 7 goals, but he did not create any balls for his team to score.

The list of the top 10 players in the top five leagues is as follows: