Mohamed Salah is at the top of the expected line-up in the Liverpool and Milan match, and the absence of Ibra 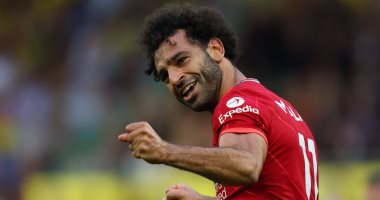 The professional English team, Liverpool, in its ranks, the Egyptian star Mohamed Salah, is facing a strong confrontation when it hosts its Italian counterpart Milan, in the confrontation hosted by the “Anfield” stadium, the Reds stronghold, this evening, Wednesday, in the first round of the European Champions League competition for the current season 2021-2022. .

The date of the match between Liverpool and Milan

One of the strongest Champions League matches of the 2021-2022 season, between Liverpool and Milan at Anfield, will be held at nine in the evening, in the first round of Group B competitions.

And the official website of the European Football Association “UEFA” published the expected line-up for the Liverpool summit against Milan, and it came as follows:

As for the expected formation of Milan against Liverpool, as follows:

While the Egyptian star Mohamed Salah is looking for his 26th goal in the Champions League over the history of his participation with the Reds, in the continental competition, the Swedish star Zlatan Ibrahimovic is absent from the Italian champion due to injury.

For his part, Milan coach Stefano Pioli, while talking about his club’s match against Liverpool, talked about Ibrahimovic’s absence from the match..

During the match press conference, Pioli said: “There has been growth compared to last year, we have worked hard to improve, and our start to the season shows that the team knows what it has to do. The level has now been raised, and it’s a great opportunity to prove that we can also play in this game.” Competition”.

He added about Ibrahimovic’s absence: “Zlatan could have been there from the beginning, but he suffers from tendinitis. We were hoping he could get over the discomfort, but it didn’t happen, it’s not worth the risk, we have Rebic and Giroud as substitutes for the Swede, and we are sorry for Ibrahimovic’s absence but he He will be back soon.”

The NBA will not require players to be vaccinated

Globalstar shares plummet 23% on iPhone 13 news: should you buy or sell?

Globalstar shares plummet 23% on iPhone 13 news: should you buy or sell?