The Egyptian star, Mohamed Salah, the English player of Liverpool, joined the list of the top 10 scorers in the history of the Reds in all tournaments, after he scored a goal in his team’s victory over its guest Crystal Palace, with three goals for free, in the confrontation that took place between them this evening, Saturday, at the “Anfield” stadium. “In the fifth round of the English Premier League competition, “Premier League” for the current season 2021-2022.

Egyptian star Mohamed Salah added the second goal for the Reds in the 78th minute of the match, to raise his score to 99 goals in the Liverpool shirt in the English Premier League. 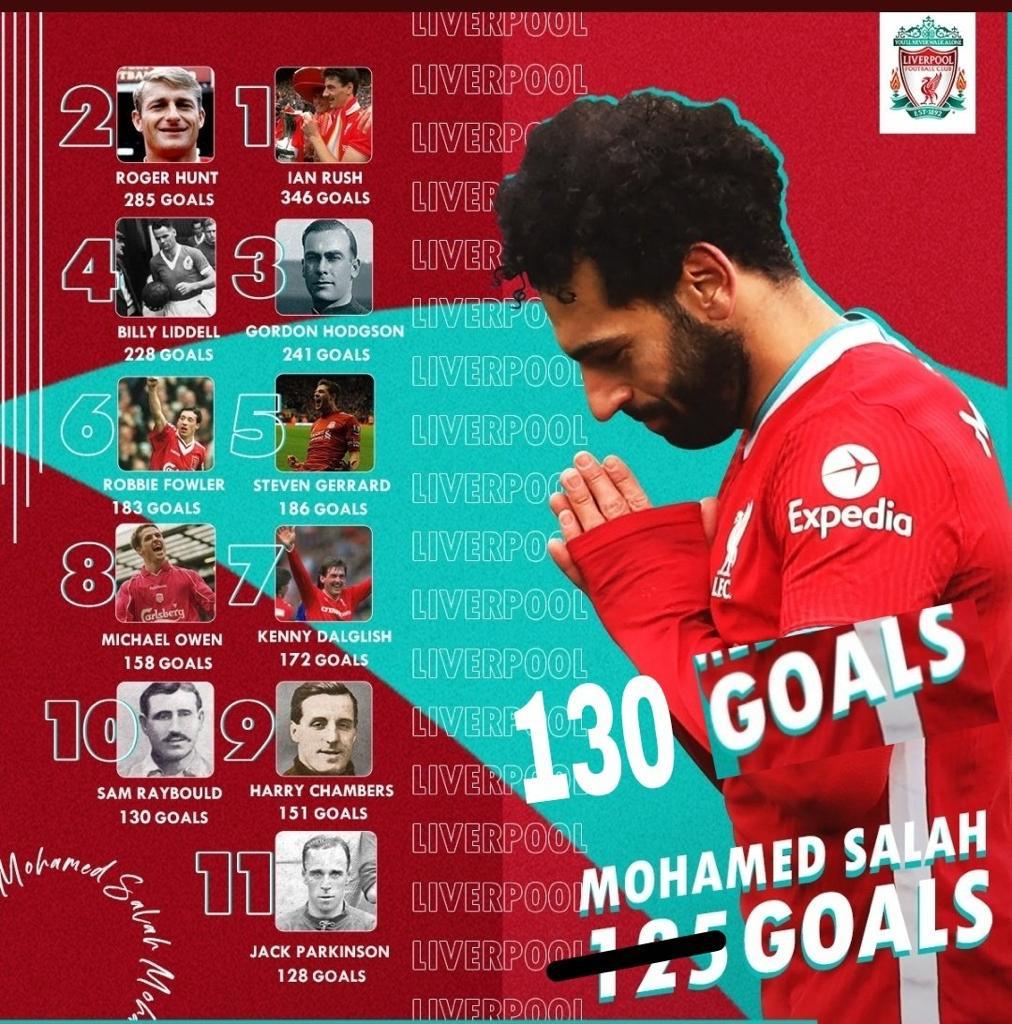 Mohamed Salah participated in 150 matches with Liverpool in the English Premier League, during which he scored 99 goals and assisted 38 goals.