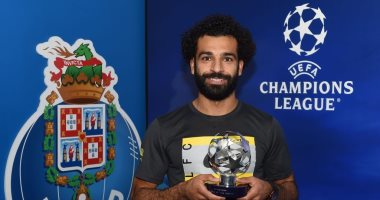 The Egyptian star, Mohamed Salah, expressed his great happiness over the great victory over Porto, 5-1, during the match that brought the two teams together today, Tuesday evening, at the “Dragao” stadium, as part of the second round of the group stage competitions in the Champions League competition for the current season 2021-2022..

Our Egyptian star, Mohamed Salah, who participated from the start of the match, scored a double during the match, to exit from the 65th minute for comfort in preparation for the upcoming Reds matches in the Premier League..

“We were able to play our style and everything went according to our plan,” Mohamed Salah said in statements after the match, on the sidelines of receiving the Man of the Match award.

He added: “It was a good win. I am happy to play and score tonight. I don’t know what is the secret behind our wonderful superiority over Porto. I think we have to play all our matches at home.”