New Mexico mother begs court to keep her serial-offender son, 23, behind bars after he beat her 13-year-old and threatened to cut other children’s heads off

A New Mexico mom is appealing to the state court system to keep her violent repeat-offender son in jail after she says he attacked his 13-year-old sibling and threatened to massacre a family.

Jade Gordon, from Albuquerque, told the station KRQE that her 23-year-old son, Shane Gordon, has been troubled from a young age and has long been ‘on a path of destruction.’

Over the past three years, Shane has been in and out of jail on charges including harassment, intimidation, and multiple counts of battery, assault and property damage, but each time he was released after getting a slap on the wrist, only to reoffend again. 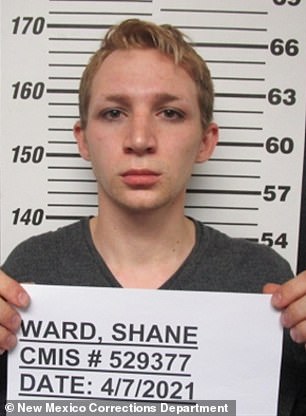 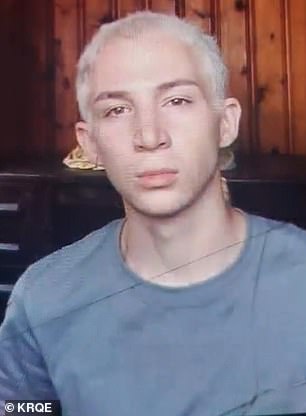 Shane Ward, 23, from New Mexico, has been in and out of jail for more than two years. His mother wants him imprisoned before he kills someone

The 23-year-old is currently on the run after yet again cutting of his GPS ankle monitor following a domestic violence incident.

‘I believe deep down in my heart, that somebody at some point could end up dead,’ said Gordon. I just pray that he sees this and he gives up.’

The mother said as a child, Ward was diagnosed with conduct disorder, which is marked by antisocial behavior, including being irresponsible, skipping school, stealing, or physically harming animals or people.

As her son got older, Gordon said his conduct grew worse, prompting her to kick him out of the house when he turned 18 years old.

Court records indicate that in recent years, Ward has been charged with using a phone to intimidate his ex-boyfriends’ relatives by texting them messages like ‘your family will be massacred’ and ‘[I will] chop [your] children’s heads off.’ 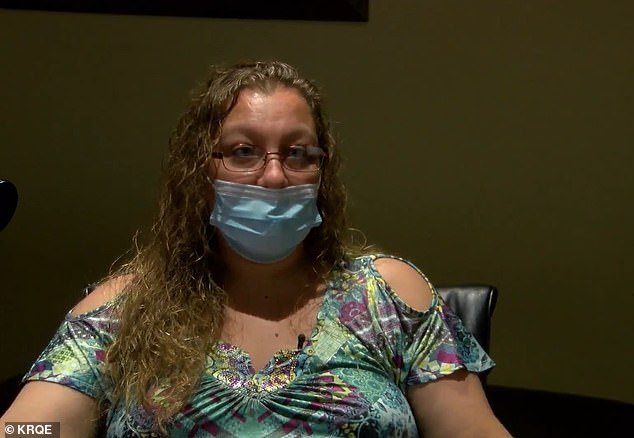 Jade Gordon says her son Shane has been getting slaps on the wrist from judges, despite attacking people and threatening family members with homicidal violence

In another case, Ward was accused of battery and false imprisonment after allegedly strangling a man.

In one of the battery cases from 2019, Ward entered a plea deal and received a delayed sentence, but since then he has violated the conditions of his probation at least three times.

‘I honestly believe the system failed my son,’ Gordon said. ‘The judge keeps releasing him and letting him out.’

Earlier this month, Gordon said that Ward beat up her 13-year-old son, then cut off his ankle monitor and went on the lam. A warrant for the fugitive’s arrest was issued on June 15.

Gordon said she and her husband want her recidivist son charged in this latest case so that he could ‘learn from his mistakes.’

The married mom added that she would like to see Ward imprisoned so that he could get the help he needs behind bars.

Officials with the Bernalillo County District Attorney’s Office told the station that they have filed three motions seeking to revoke Ward’s probation, but two of those were denied by judges. The third motion is still pending.