Mom shoots son, 5, in stomach after firing on neighbor’s puppy


Moment Texas mom accidentally shoots her son, 5, in the stomach after firing on neighbor’s boxer puppy when it ran at them 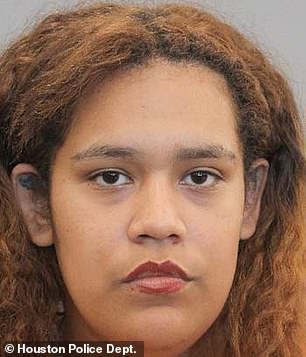 Angelia Vargas, 24, was arrested and charged with deadly conduct discharge with a firearm for accidentally shooting her 5-year-old son in the stomach while allegedly trying to hit a puppy

A Texas mother has been arrested for allegedly shooting her five-year-old son in the stomach while trying to hit a neighbor’s loose boxer puppy that had run out of its owner’s home.

The incident took place at 5pm on Saturday in the 700 block of Dunham Road in Houston.

Officers responded to the scene for reports of shots fired and found a five-year-old boy suffering from a single gunshot wound to his abdomen.

The child’s mother, 24-year-old Angelia Vargas, was arrested and charged with deadly conduct discharge with a firearm for shooting across a roadway in the direction of occupied homes.

According to an incident report, Vargas, her husband and son were riding bikes outside when a neighbor’s six-month-old tan-and-white boxer puppy named Bruno darted outside. 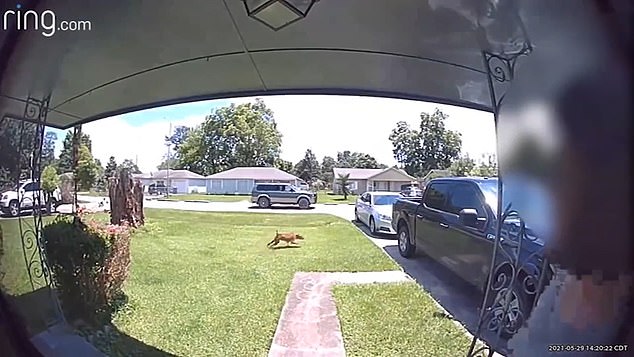 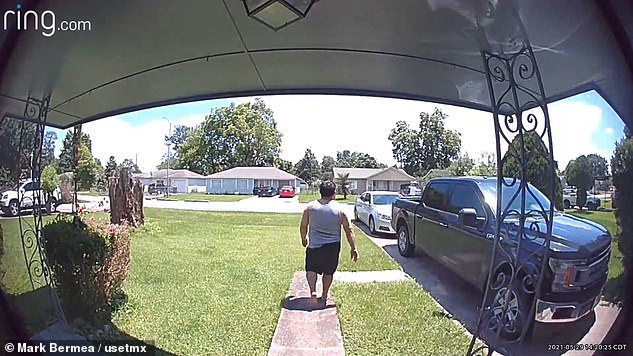 Bruno’s owner (center) pursues the loose dog, telling its to come back 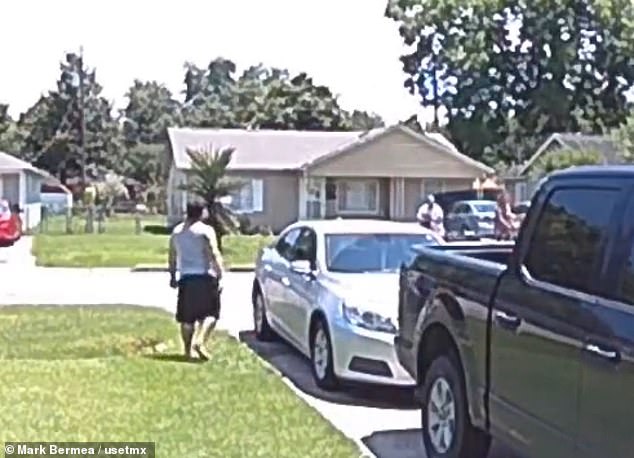 Moments later, multiple gunshots ring out and a woman screams

Police said Vargas almost immediately pulled out a small-caliber pistol and fired three shots at the dog, one of which ricocheted and hit the woman’s own son in the stomach, reported ABC13.

The boy was taken to a hospital in stable condition to be treated for non-life-threatening injuries. He is expected to make a full recovery.

Bruno suffered graze wounds to two of its legs, and its owner was issued a citation for letting the canine run without a leash.

Part of the incident was captured on a Ring doorbell camera, which shows Bruno’s owner pursuing him across the yard and yelling at the animal to come back, moments before multiple gunshots ring out and a woman screams. 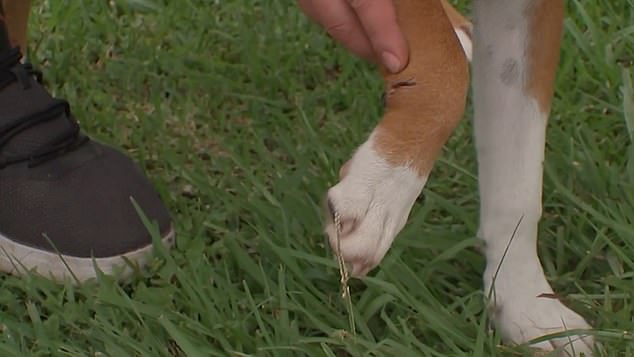 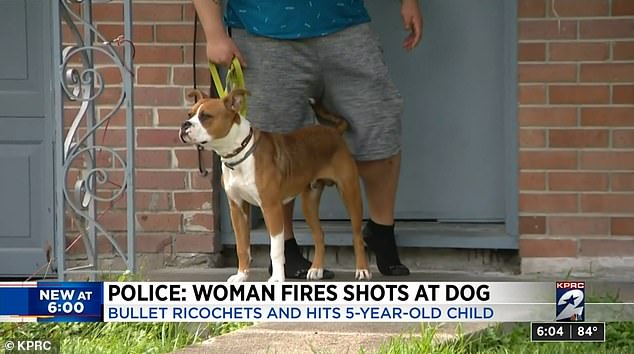 The owner told Click2Houston that Bruno, whom he described as a friendly dog, ran out of the house after he slightly opened the door to see if his brother was outside.

The puppy made its way across the street toward where Vargas was with her family.

‘He wasn’t running or barking at them,’ the dog owner said. ‘He just went walking over there and the lady started screaming.’

The owner argued that Vargas could have handled the situation differently, and insisted that his dog would not have done anything ‘bad’ to her son, especially considering that there were adults nearby.

Bruno’s owner added that he feels bad about what happened, and that he has been experiencing nightmares in the wake of the shooting. 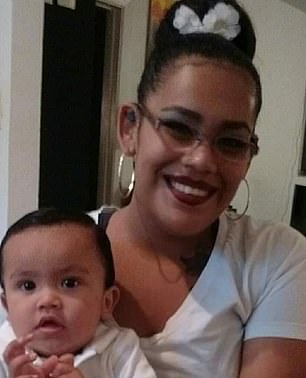 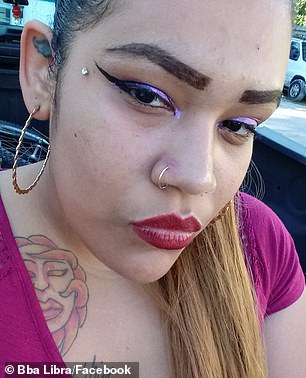 Vargas’ son, pictured left as a baby, was being treated for non-life-threatening injuries. The married mom-of-two has been ordered to stay away from Bruno’s owner

‘I’d rather my dog be shot than the kid be shot,’ he said while holding onto Bruno’s leash.

Vargas has since made her initial court appearance and was barred from going near Bruno’s owner.

Court records indicate that Vargas has a past criminal history, which includes a charge of petty theft from 2009 and a charge of assault causing bodily injuries in 2019, which was later dropped.