An Australian woman has shared a frightening video of a huge tarantula spider she discovered crawling up a door in her house.

The clip shows the large, dark coloured spider, about the size of a dinner saucer, perched on the woman’s door before she fetches a broom and plastic container and managed to catch the arachnid.

TikTok user TraceLovesCake uploaded the video on Friday which has been viewed by more than 35,000 people and sparked more than 600 comments. 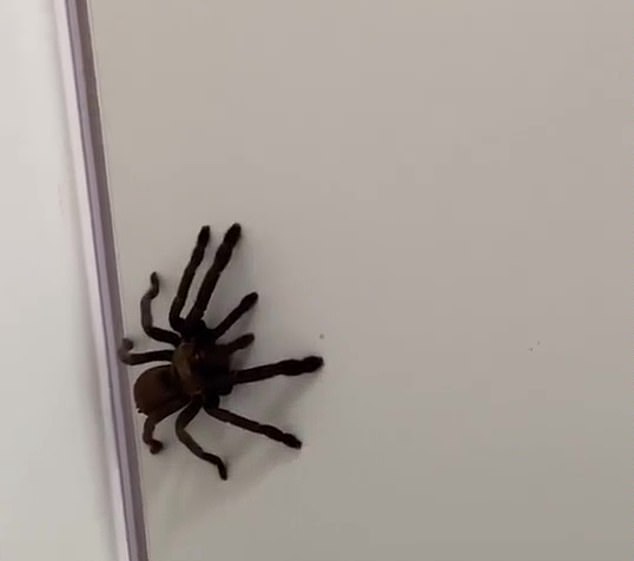 ‘You are brave, well done for catching and not hurting it,’ one person said.

The TikTok user said she caught the spider so her husband and kids could have a look.

A follow up clip a few days later revealed they had setup the container with some rocks and soil saying they would release the spider soon but were fascinated.

The Queensland Whistling Tarantula is quite common on the northern coast of the state and can grow to a leg span of up to 20cm making them the largest spider in Australia.

They normally do not wander far from their burrow and while venomous, their bite is not deadly to humans, however, can cause prolonged nausea and vomiting. 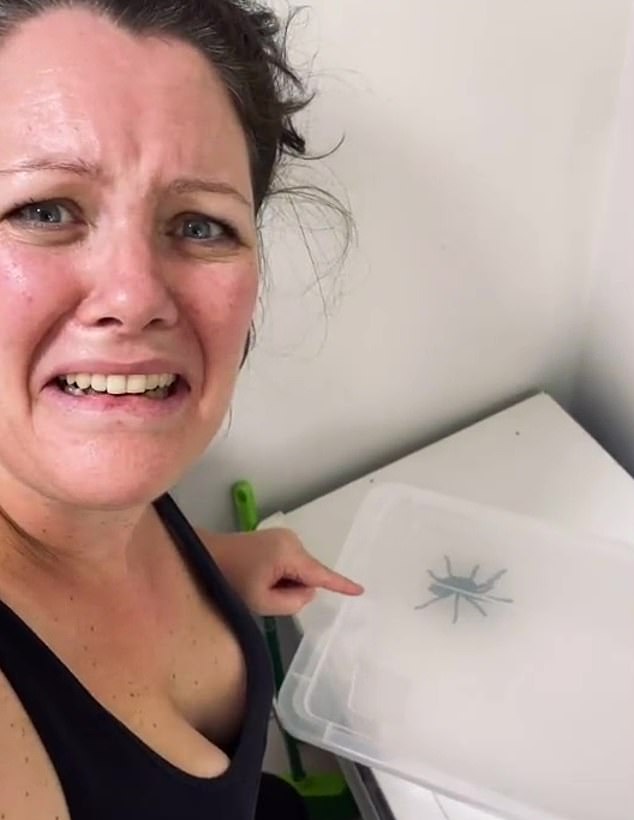