Caught napping! Moment dozy burglar is caught asleep on the job… next to a half-eaten cheesecake

A man who broke into a restaurant was found by police asleep on the floor inside next to a half-eaten cheesecake.

Video from an officer’s body camera showed him looking bewildered and shouting ‘whoa, whoa, whoa’ to the police, one of whom tells him to ‘wake up’.

When he asked what was happening, he was told: ‘You broke into a bar, man.’ 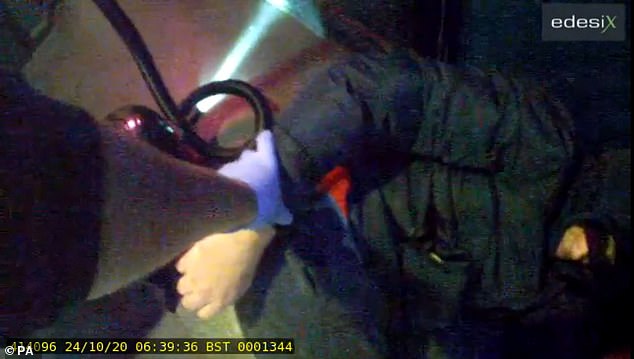 Raiders had broken into the empty till and stolen food and alcohol at 808 Bar & Kitchen on St Thomas’ Street in the city.

Cooper admitted burglary when he appeared before magistrates in South Tyneside and was jailed for 26 weeks.

After the case, Detective Constable Catherine Gibson said: ‘This burglary clearly proved to be tiring work for Cooper, and it’s safe to say he was brought back to the real world with a bump when awoken by our officers.’

Officers are continuing to investigate others thought to have been involved in the break-in. 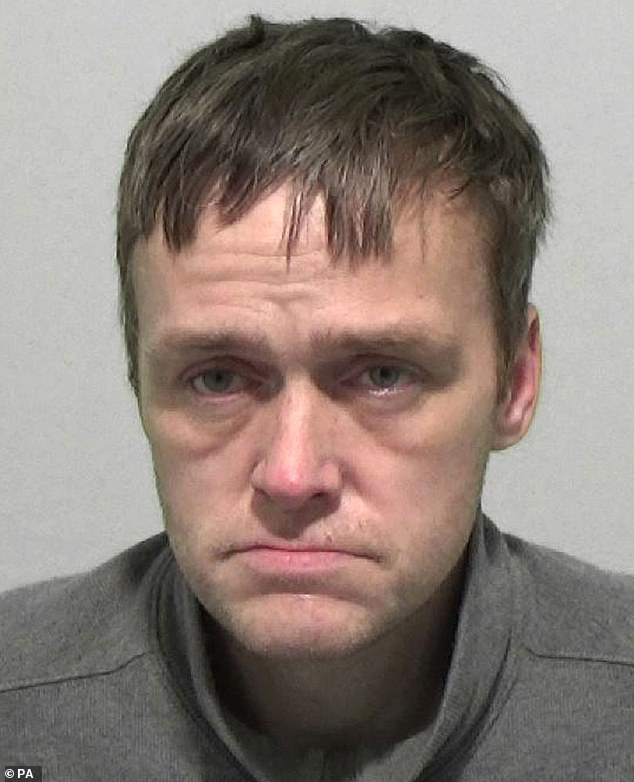 Mark Cooper, 41, was jailed for 26 weeks for the burglary at the 808 Bar & Kitchen on St Thomas’ Street in Sunderland