Moment Craig Savage’s ‘fake pity party’ gave him away after he executed wife, her mother with rifle


A forensic psychologist has revealed the moment a killer soldier’s ‘fake pity party’ gave him away after he executed his estranged wife and her mother with an assault rifle.

Now an expert has revealed how footage of officers quizzing him on the murder at his former wife’s East Sussex home show him putting on a performance.

In the brand-new series of Faking It: Tears of a Crime, which airs at 10pm Saturdays on Quest Red, a panel of British experts in psychology, body language and speech analyse police interview footage of Savage, and pinpoint the moments Savage betrayed himself.

After studying the clips, expert Kerry Daynes says: ‘What you’re really seeing in the interview is Savage pulling a pity party. It’s a pity party for one.’ 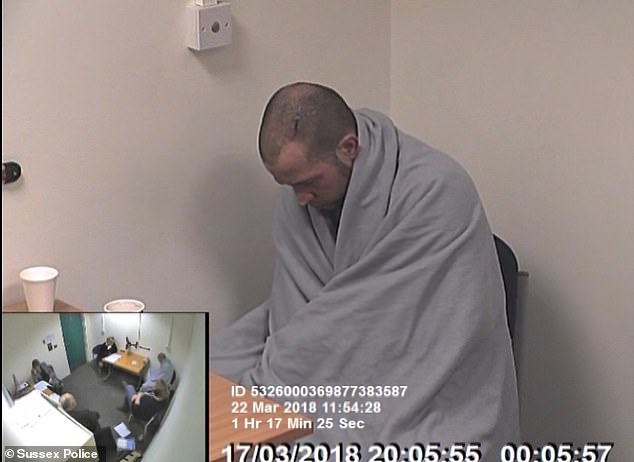 Under arrest for the murders, Savage sits in the interview room wrapped in a blanket, looking sullenly at the floor.

His story was that he never intended to murder Michelle and Heather but to instead kidnap his ex-wife in the hope that police would shoot him dead in front of her.

But Savage’s account was laced with subconscious signs of deception that his body and speech couldn’t control, indicating that this was a murder plot all along.

As body language expert Cliff Lansley highlights, Savage puts on a performance for the police, feigning sadness like a sulking child. 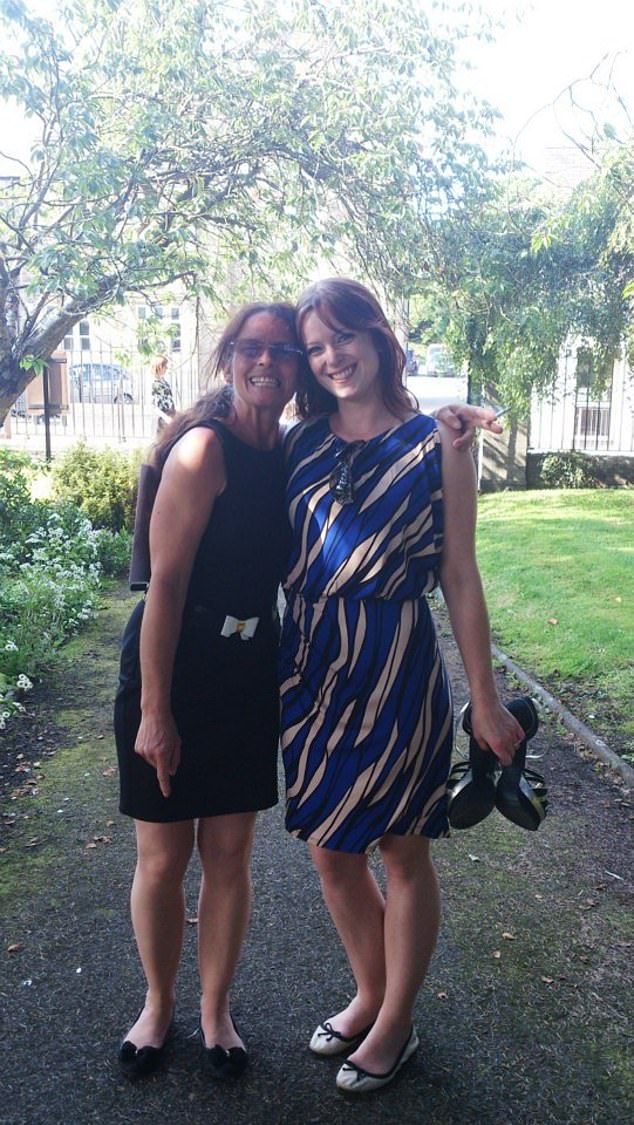 He says: ‘He appears sad on the surface, but when you look at the individual behaviours and duration of this, this is a poor attempt at performing sadness.

‘The duration of sadness is one of the most enduring of emotions, but then we have probably a 10-15 second offset.

‘So, he transitions into emotion on the onset, we’ve got the duration and the offset all completed inside six seconds. That’s impossible.’

Using a tissue as a prop and squeezing his brow, Savage continues to shed tears, hammering home that deception is at play. 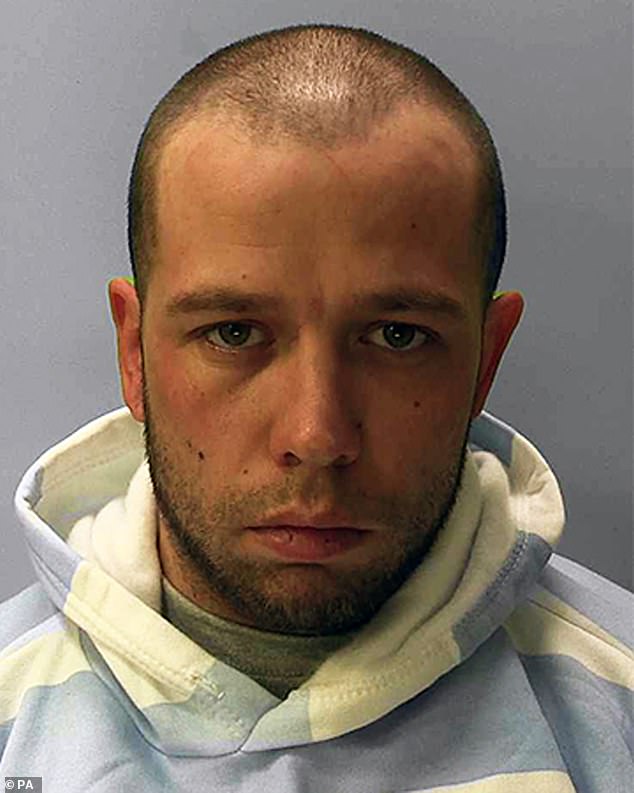 In the brand-new series of Faking It: Tears of a Crime, which airs at 10pm on Saturday on Quest Red, a panel of British experts pinpoint the moment Savage’s body language and speech betrayed his guilt

‘He’s squeezing his brows, like we see with sulking children,’ Cliff says.

‘So genuine sadness is not pressured; it’s just lifted. So, against gravity the inner brows rise. If we see it squeezed, then that suggests performance.’

As the interview progresses, Savage professes to officers that the gun suddenly went off by itself, resulting in the deaths of his ex-wife and mother-in-law. But it’s not just Savage’s body language that suggests deception.

Professor of Linguistics Dawn Archer pinpoints that Savage continually tries to distance himself from the event, saying: ‘We then have a very long eight-second pause, and he’s trying to claim a lack of responsibility. 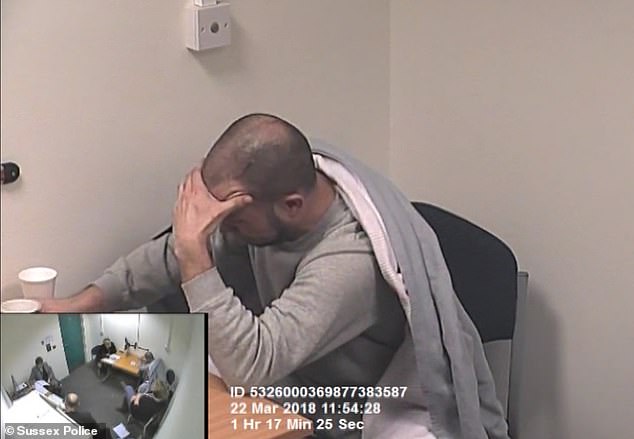 ‘So, it’s the weapon that went off so many times in so many directions. So, you can imagine that there’s lots of bullets flying around.

‘But his description suggests that it was happening to him rather than him being the cause of that weapon going off.’

When challenged by police, Savage becomes emotional, repeatedly telling the interview ‘no.’

In October 2018, Savage was jailed for 38 years for gunning down his estranged wife, mother-in-law and family dog in a killing spree described as a ‘brutal and systematic execution’ after she rejected him and refused to reconcile.

Savage, 35, shot dead wife Michelle, 32, and her mother Heather Whitbread, 53, in a three-minute rampage at their home in St Leonards-on-Sea, East Sussex.

Mrs Savage was blasted seven times and her mother six times while Savage even shot his wife’s black and white bull terrier, Zeus, which he had ‘always hated’, before fleeing the house moments before armed police arrived.

Lewes Crown Court heard the former soldier had earlier stolen an M4 semi-automatic rifle from a shooting range before going round to the property and ‘smashing through a window’.

A jury of 10 women and two men convicted him of two counts of murder after deliberating for just two hours.

Sentencing him to a minimum of 38 years Judge Maura McGowan said the killings were ‘brutal, systematic and calm’ and ‘every shot hit its target.’

During his nine-year relationship with Mrs Savage, which included a five-year marriage, he was described as ‘controlling’ with the ‘attitude of a teenager’.

The court heard he spent much of his time playing video games or watching television.

The 35-year-old would bombard Mrs Savage with phone calls and messages demanding to know where she was and who she was with throughout the day, saying he was ‘lonely’ at work.

He hated her black-and-white Staffordshire Bull Terrier Zeus and was cruel to the animal.

It was the ‘last straw’ when Heather found him pinning the dog to the floor.

Mrs Savage ended the relationship around February 12 – just over a month before she died – but he did everything he could to continue getting her attention.

As his behaviour escalated, she tried to push him further away and start a new life without him.

After the break-up, Mrs Savage told him in messages that he was trying to ‘control every last interaction’ and repeatedly said she did not want to see him anymore when he continued to pester her with messages.

In one exchange she said: ‘We are over. I am 100 per cent sure we are not getting back together. I don’t want to try again.’

He threatened to kill himself, wrongly accused her of giving him a sexually transmitted disease and demanded she hand over lingerie and sex toys.

Even though she told him she was taking them to the rubbish tip, he said he wanted to destroy them himself so she could not use them with her ‘next man’.

In another text, Savage added: ‘(I want) every last outfit, every last stocking. The fire will be satisfying.’

She told her friend and Kung Fu class instructor Neil Gould that Savage had ‘completely lost the plot’ while her sister Raven described him as a ‘crazy ex’.

In the days before she was murdered she changed her number and was considering finding somewhere else to live.

On her birthday – a week before he carried out the killing – she discovered he had vandalised the family’s cars and van parked in the drive, slashing tyres and pouring paint over the roofs.

Then Savage, who told jurors he received weapons training during his teenage years in the Army, stole the assault rifle and carried out the fatal raid.

After the shooting, police found lubricant, handcuffs and other items in his bag which the prosecution said indicated he intended to restrain and rape her before she died.

Savage told his trial he loved his ex-wife, was broken by their split and had planned to provoke police into fatally shooting him by kidnapping her.

Jurors did not believe his story, however, and they convicted him of slaying the two, defenceless women.

She reveals: ‘He says ‘no,’ but he says ‘no’ a total of seven times and his voice quality changes after the first three, so he seems to get more emotional as he repeats the ‘no, no, no…

‘And they’re accompanied by headshakes. At this point he’s doing it for emphasis. No, I don’t believe him.’

Trying to convince the police that this was an elaborate suicide attempt gone wrong, a distressed Savage tries to get his side of the story across. 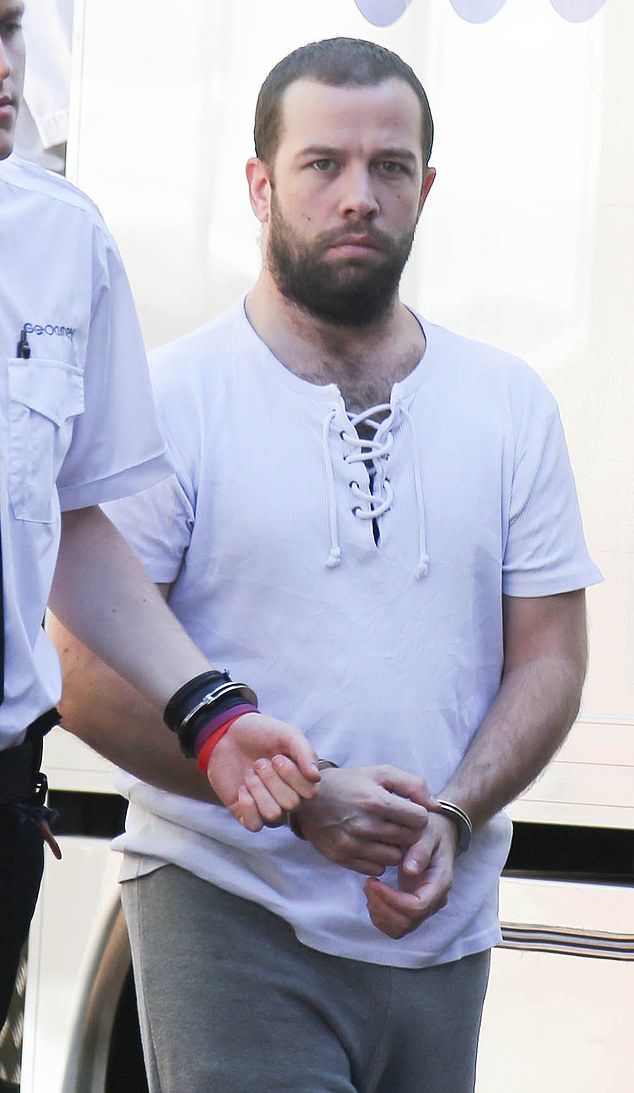 In October 2018, Savage was jailed for 38 years for gunning down his estranged wife, mother-in-law and family dog in a killing spree described as a ‘brutal and systematic execution’ after she rejected him and refused to reconcile

She explains: ‘What you’re really seeing in the interview is Savage pulling a pity party. It’s a pity party for one. I think that he’s mulled this over as one of his possible options.

‘But he’s rejected it. Because, of course, that means hurting him rather than hurting Michelle which is what he really wants to do.’

With evidence stacked up against Savage, it soon transpired to police that Savage’s original plan was to kidnap, rape and then kill Michelle.

When that plan didn’t work, he fast-tracked his deadly plot to the third and final tier, going straight for his rifle.

As Prosecutor Benjamin Aina explains, it was a brutal and shocking killing, adding: ‘Seven bullets were discharged into Michelle. She was in a kneeling position at the time when she was shot. 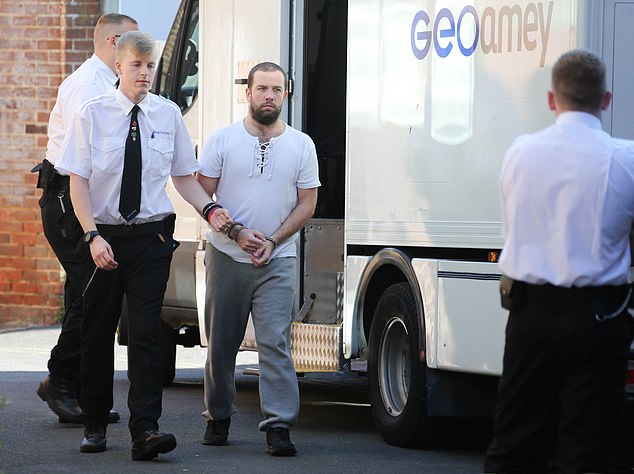 Savage told his trial he loved his ex-wife, was broken by their split and had planned to provoke police into fatally shooting him by kidnapping her

One of the shots had the muzzle of the gun so close to the skin that the muzzle imprint was left on her body. That indicates an execution-style shooting,’ he says, going onto to explain how Savage then gunned down his mother-in-law as she tried to flee.

‘Six bullets were discharged into Heather Whitbread, most of the shots were into her back.’

On trial for murder, the jury took just two hours to unanimously find Savage guilty of the murders of Michelle and Heather and he was jailed for 38 years.

For Kerry, the length of Savage’s sentence reflects the cold and calculated nature of his crime as she explains: ‘He’s behaved in the most cowardly way possible, attacking defenceless women.

‘An absolutely well thought out, planned, targeted attack and he didn’t miss a single shot.’

The brand-new series of Faking It: Tears of a Crime concludes at 10pm on Saturday exclusively on Quest Red and available to stream on dplay.