Moment female driver, 66, is plucked from car as it teeters over edge of NIAGARA FALLS for two hours after crashing off side of bridge and into the freezing river

A Coast Guard diver lowered from a helicopter in an attempt to rescue a driver stuck in a car teetering near the edge of Niagara Falls on Wednesday – only to discover that the woman was already dead.

Videos posted to Twitter documented the horrifying moment Wednesday afternoon, after the woman was stuck in the car about 50 yards from the brink of the Falls for about two hours as snow fell down on the area. It was located on the American side near Prospect Point, New York.

The woman was not moving when authorities arrived on the scene at around 1pm, officials said at a subsequent news conference.

A member of the Coast Guard was able to descend from a helicopter just south of the vehicle on a wire, break down the motorists passenger-side door with an ax and grab the lifeless body from the car, lifting it up into the helicopter.

Her death was later confirmed by the United States Coast Guard Great Lakes.

Park Police told WHAM that the victim was a local 66-year-old female. It remains unclear whether she drove into the icy water accidentally or intentionally.

As of 2pm, crews were working to retrieve the vehicle from the Falls, but said they ‘do not believe there is any evidentiary value to the car.’ 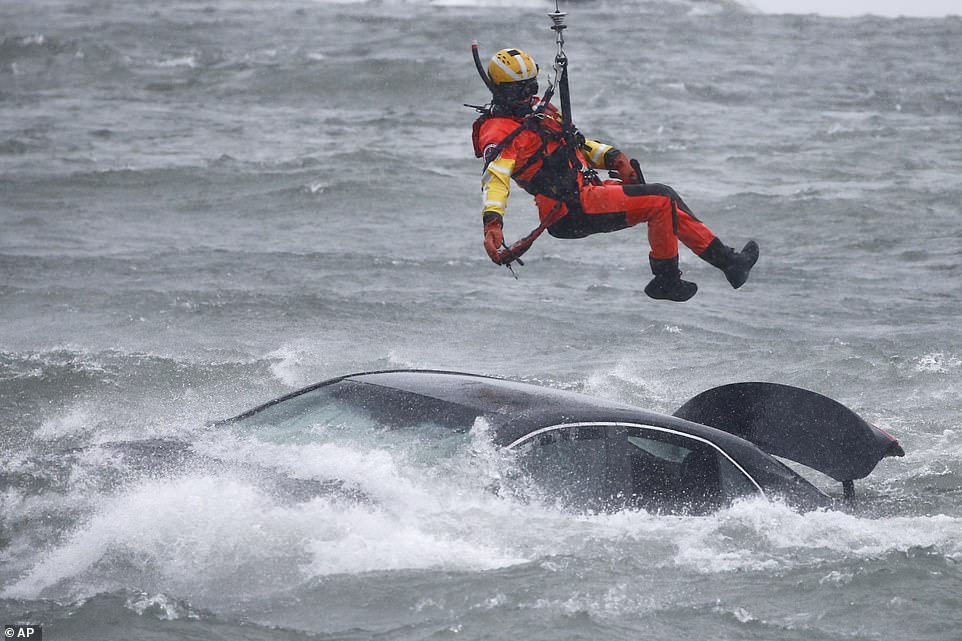 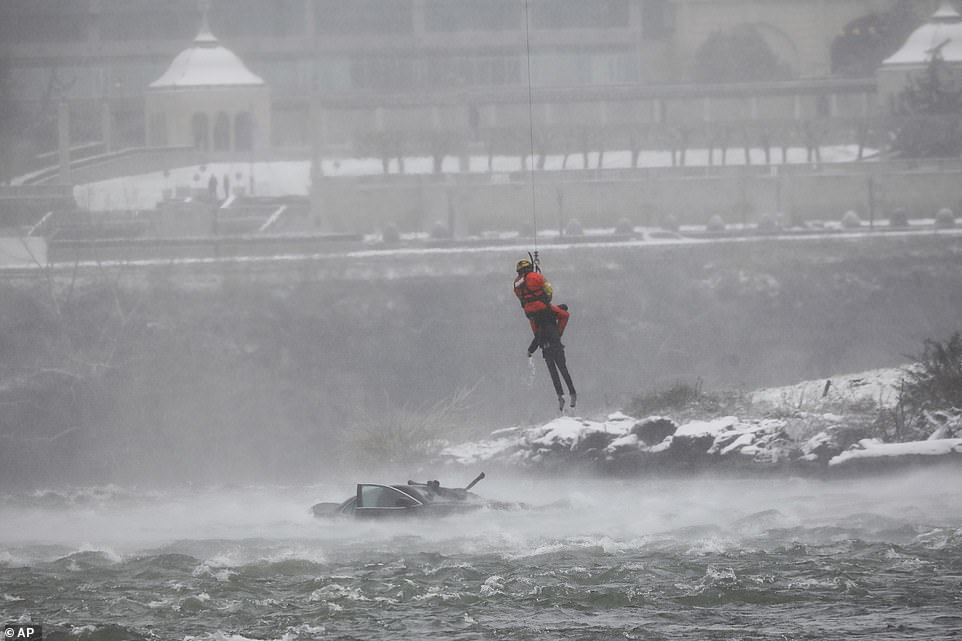 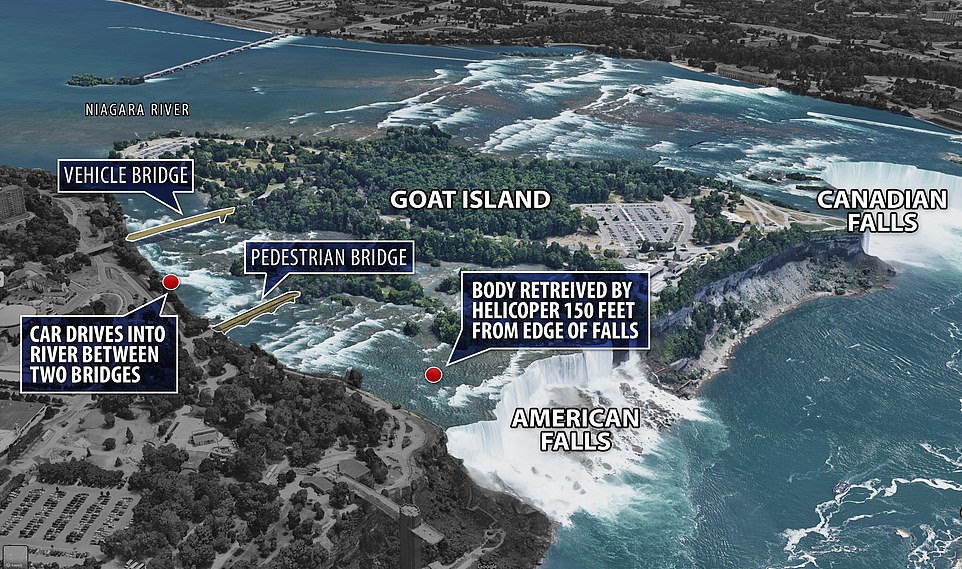 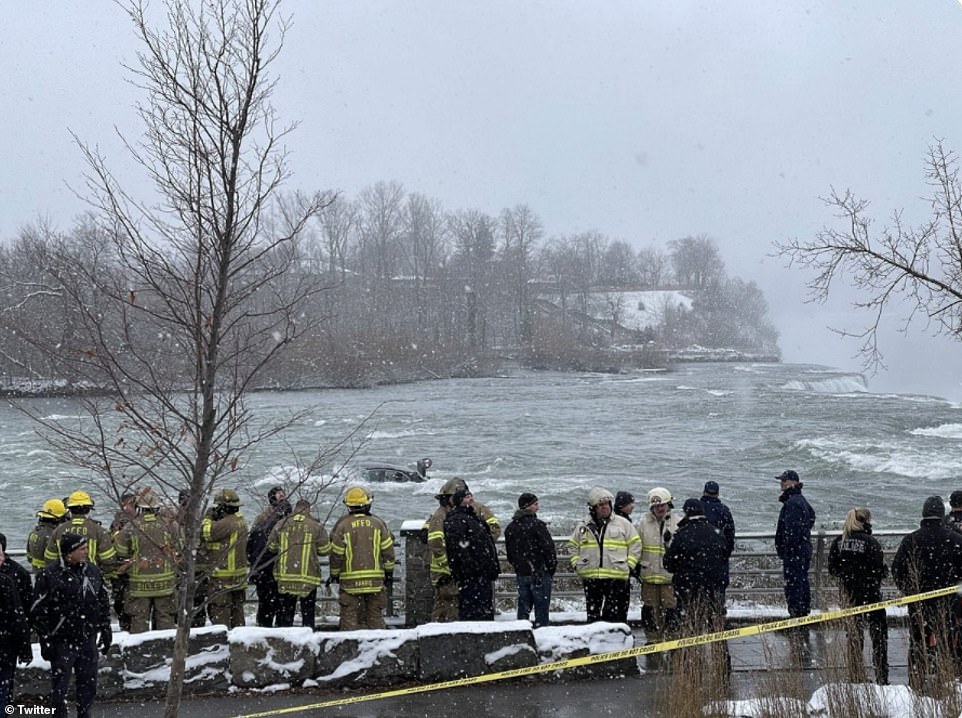 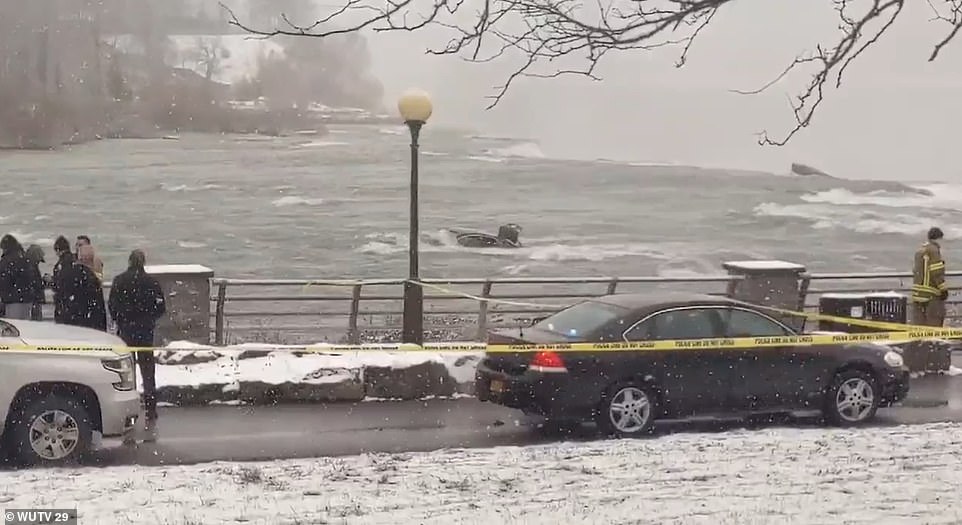 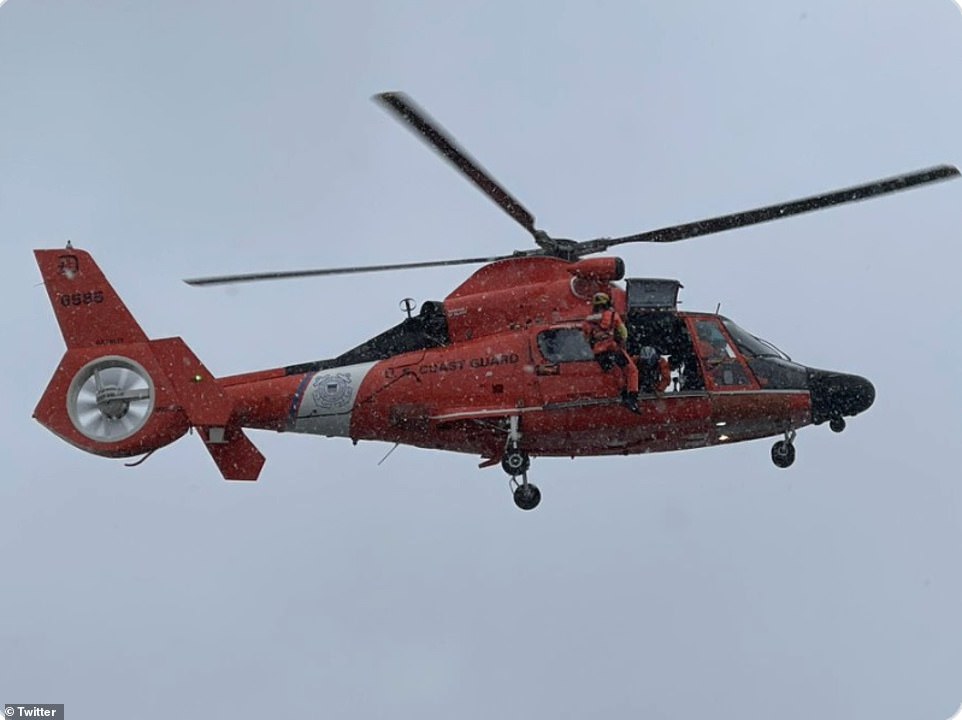 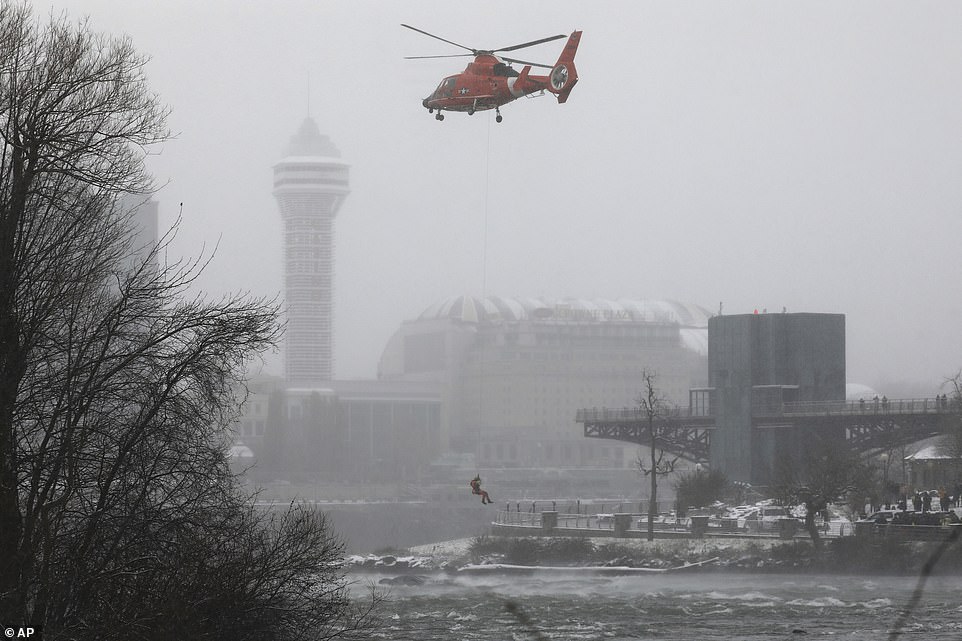 State Park police said in a news conference following the incident that witnesses reported seeing the car enter the water at Goat Island moments before they received calls at around noon about a car floating down the river and getting stuck on some rocks.

They found the river water washing over the top of the windshield, with the current reaching to the bottom of vehicle’s side windows.

Photos and videos taken by bystanders showed the car almost completely submerged with only part of the roof and an open trunk hatch visible through the whitewater in the early afternoon, as roads remained slippery due to the snowy conditions, with temperatures in the high 20s.

Captain Chris Rola said crews quickly determined that, based on where the car wound up, a swift water rescue team would not be able to attempt a rescue, noting: ‘We’ve never had a vehicle in the water this close to the brink.’

He added that while they were waiting for the Coast Guard helicopter to arrive, the park police used a drone to see how many people were in the vehicle and tried to get a license plate number. They discovered she was the only one in the car at the time, and believe she had been driving the vehicle when it fell into the water.

Then as the Coast Guard began their attempted rescue, the Niagara-Gazette reports, the New York Power Authority decreased water flow on the Falls in an effort to help the rescue efforts.

Rola would not release the name of the victim Wednesday afternoon, until her family was notified of her passing.

The incident remains under investigation by the New York State Park Police. 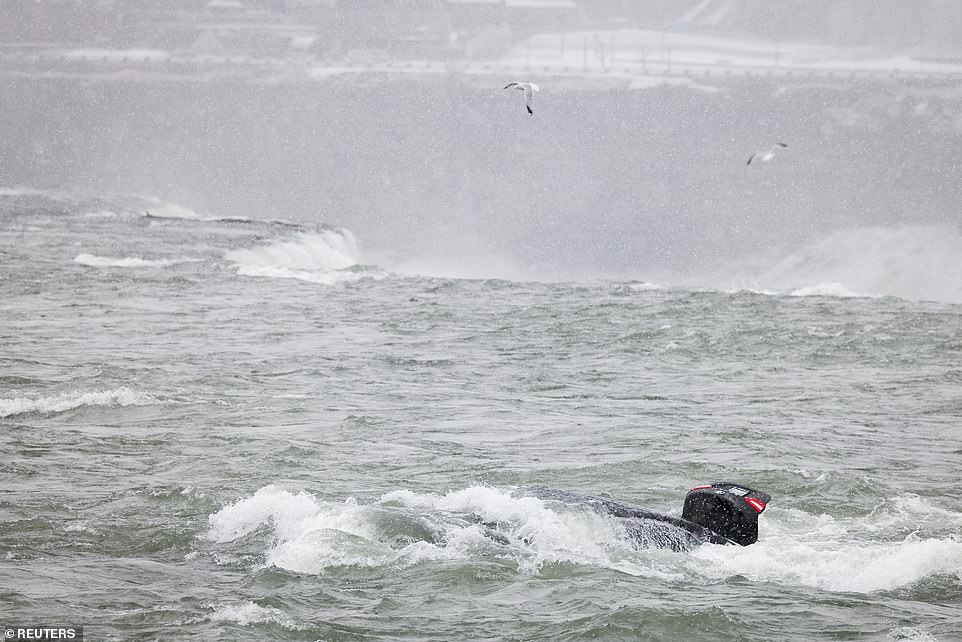 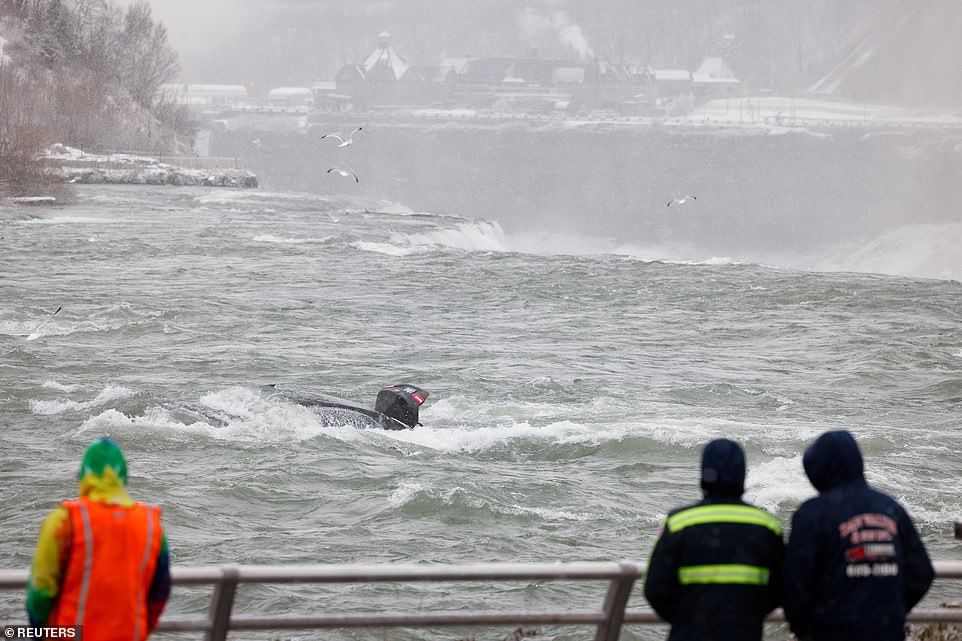 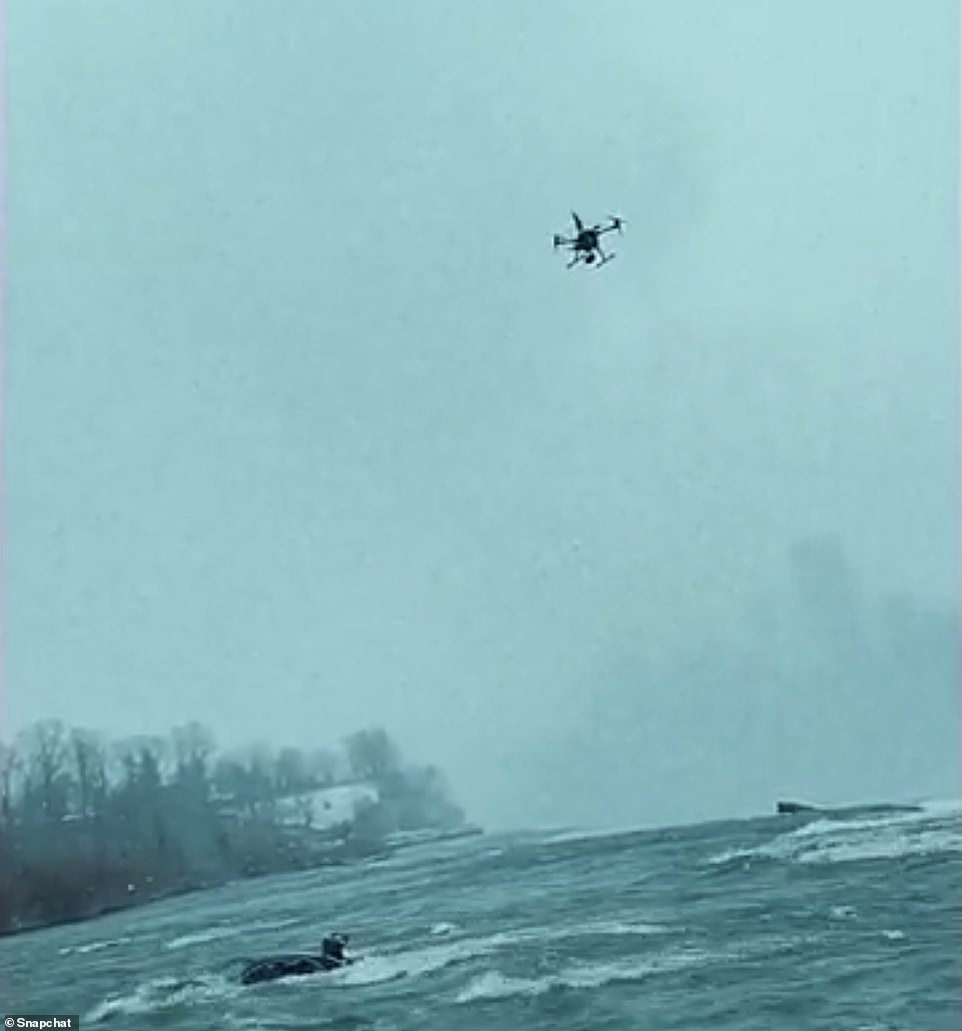 Officials used a drone to determine how many people were in the car, and attempt to get a license plate number 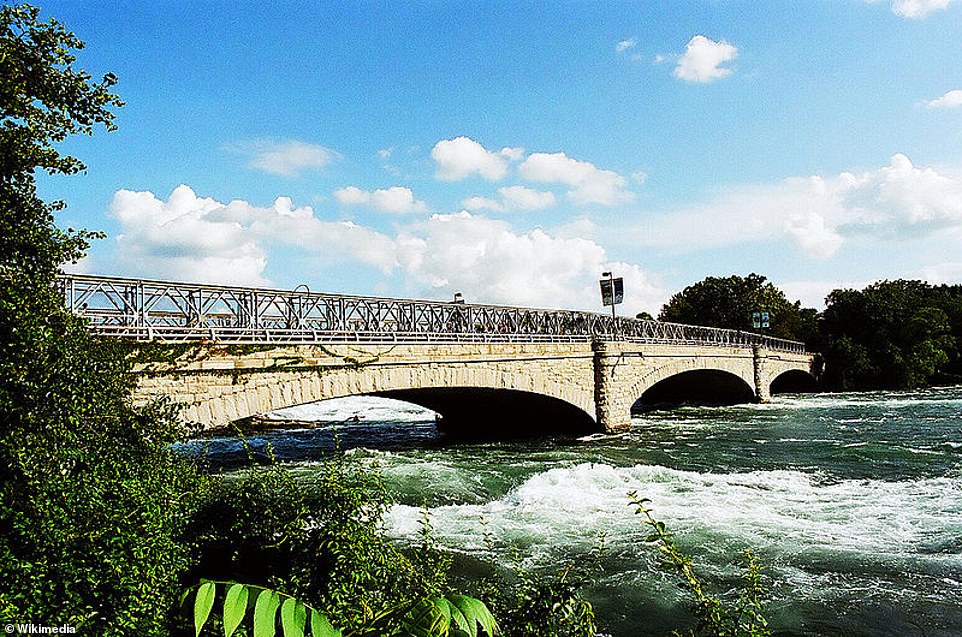 Dozens of police officers and firefighters remained on the scene Wednesday afternoon, including a Niagara County sheriff’s helicopter.

At one point, Syracuse.com reports, a state parks officer was seen putting on diving gear.

Pelosi: The House of Representatives gears up to hold Trump accountable