Former AFL WAG and mum blogger Sophie Cachia has caught a brazen thief on camera as he ransacked her home in a horrifying burglary.

The ex-wife of retired Carlton star Jaryd Cachia said she lost priceless family jewellery including her mother’s wedding rings in the daylight robbery on January 7.

She shared the terrifying security footage with her 260,000 Instagram followers of the masked and hooded thief entering her home then fleeing in a getaway car with her valuables in hand.

Ms Cachia, 30, said she was on holiday with her girlfriend – Australian basketball star Maddie Garrick – and her children Bobby, 6, and Florence, 3, at the time. 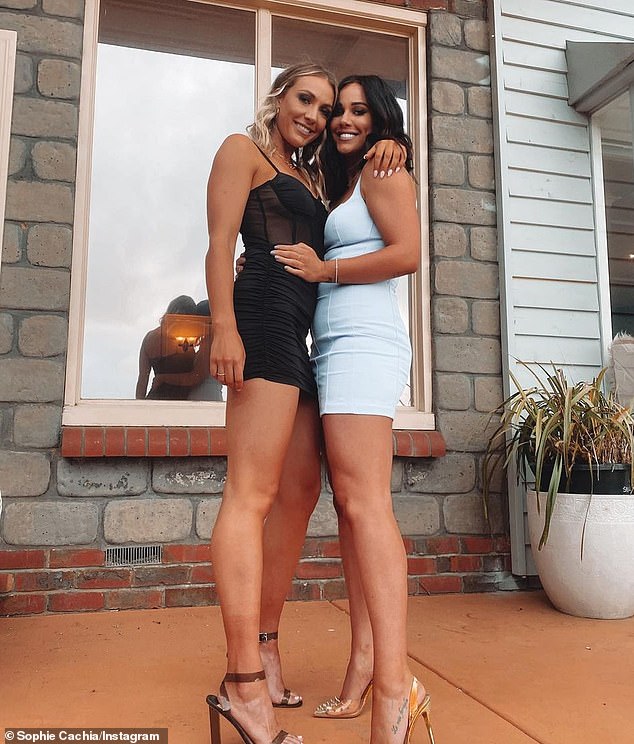 30-year-old mummy blogger Sophie Cachia with her girlfriend Maddie Garrick – an Australian women’s basketball star. The ex-AFL WAG has shared startling footage of her home being robbed while she was away on holiday

She said she was lucky her new dog Belle was with her on the trip and wasn’t at home to be confronted by the burglar.

Ms Cachia said the burglar stole ‘some very sentimental pieces’ from her as well as trashing her and her children’s bedroom, her walk-in wardrobe, and her garage.

‘If anyone can recognise this person/their walk, or have any information please get in contact ASAP,’ she wrote on Instagram on Sunday night.

‘The police are all over it after several break-ins in the area. However I thought I might try my luck here to catch this dirty f**k.

‘They have stolen my nan’s jewellery, mum’s wedding rings she gave me, and pieces I have had made since having the kids/wedding etc. Things I can never get back you a**ehole’… 3pm! Broad f**king daylight!!’ 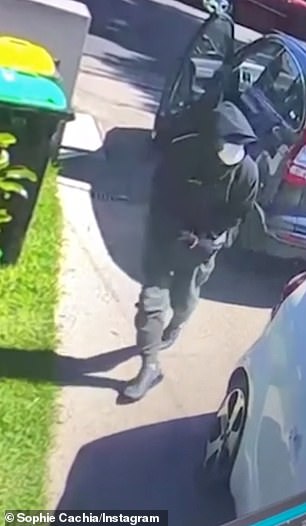 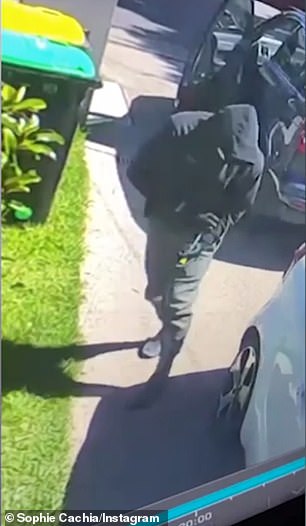 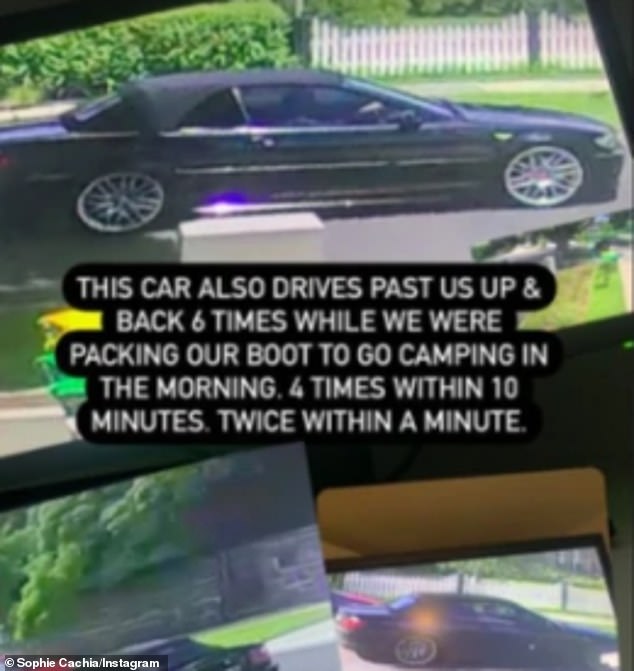 Ms Cachia also shared photos of a soft top car driving repeatedly past her house as she and her family packed to go camping.

‘This car drives past us up and back six times… four times within 10 minutes,’ she said.

She said she hoped her belongings would be returned to her but that she didn’t want the burglars to come to any harm.

‘I just pity them that their life course has led them to such desperate acts,’ she wrote.

‘A positive mindset and we will move forward to make great things this year.’

Ms Cachia announced she was separating from the father of her two kids in September 2019. 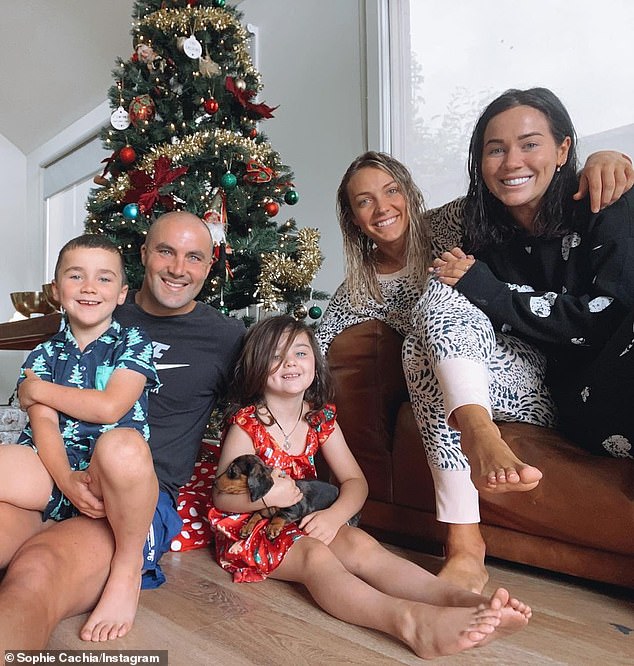 Sophie Cachia is the ex-wife of retired Carlton star Jaryd Cachia. She is pictured with him, their two children and her women’s basketball star partner during the Christmas period 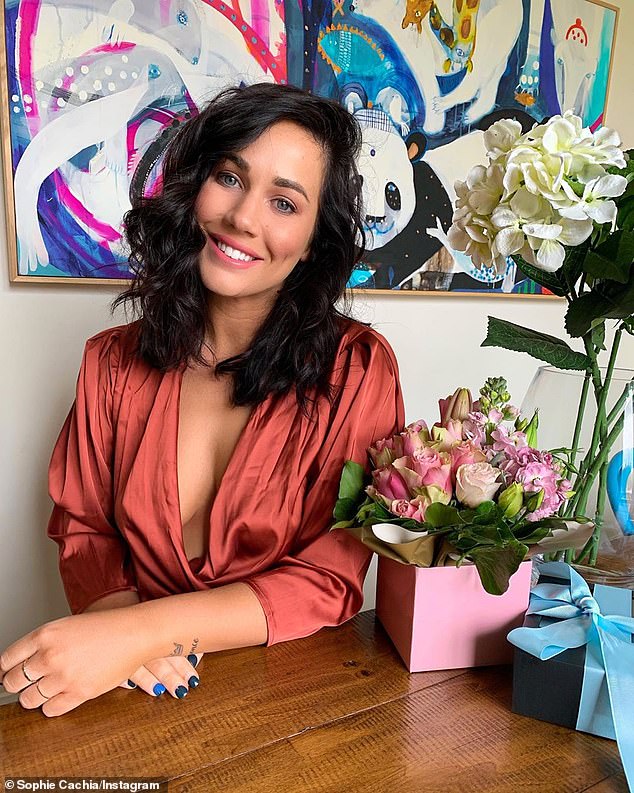 The blogger previously broke down in tears as she detailed the secret battle she was fighting behind closed doors that placed an immense strain on her life following her shock split from her husband, former AFL player Jaryd

Last year she dated Alanna Kennedy, a professional soccer player for the Matildas.

In a candid interview with Mamamia on the No Filter podcast in July, Ms Cachia explained why her marriage ended before she pursued a relationship with another woman.

Ms Cachia said she met Kennedy through work but their relationship started to blossom when they began chatting over the phone and social media.

‘She was overseas for the first five to six months. We didn’t dive straight into a relationship but we definitely connected straight away,’ she said. 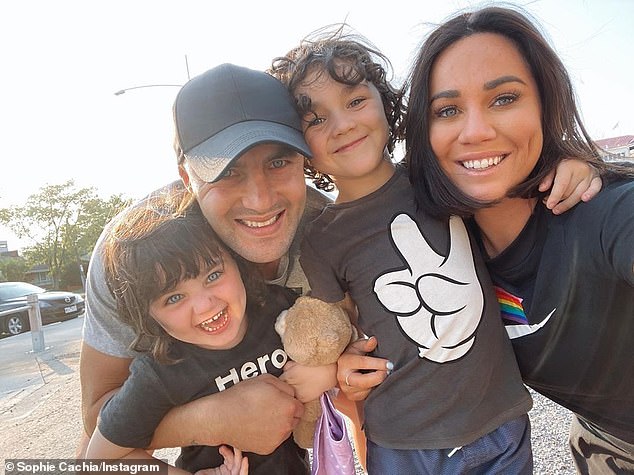 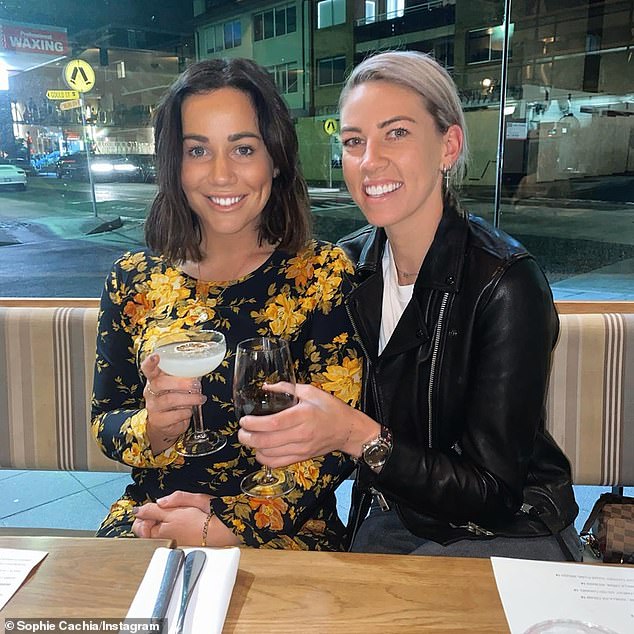 The mother has previously dated Alanna Kennedy (right), a soccer player for the Matildas

‘In a way, [Kennedy] changed my life in the sense that… obviously I dated women and men but she made me realised I can actually see myself in a relationship with a woman long term and I can see myself having a life there.’

Before she tied the knot in April 2016, Ms Cachia said she never dated women.

Growing up, she perceived herself like any other woman who would complete school, graduate from university, get married to a man and start a family.

‘For me, I just want to challenge the norm. I want to find what else is out there, I want to experience life – that’s a big thing for me,’ she said.

‘It’s not always about settling, it’s abandoning what we think we’re told we should be, and that’s what I’ve done, I’ve thrown that out the window.’ 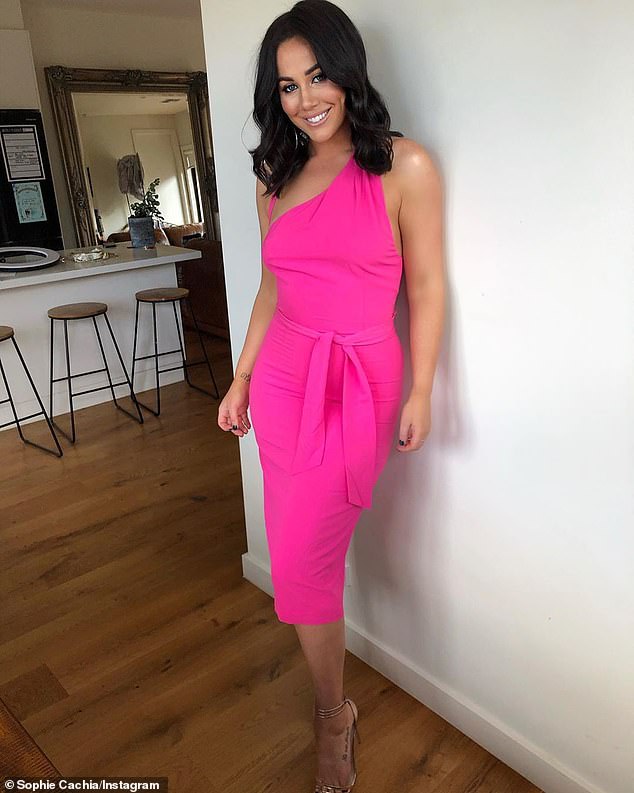 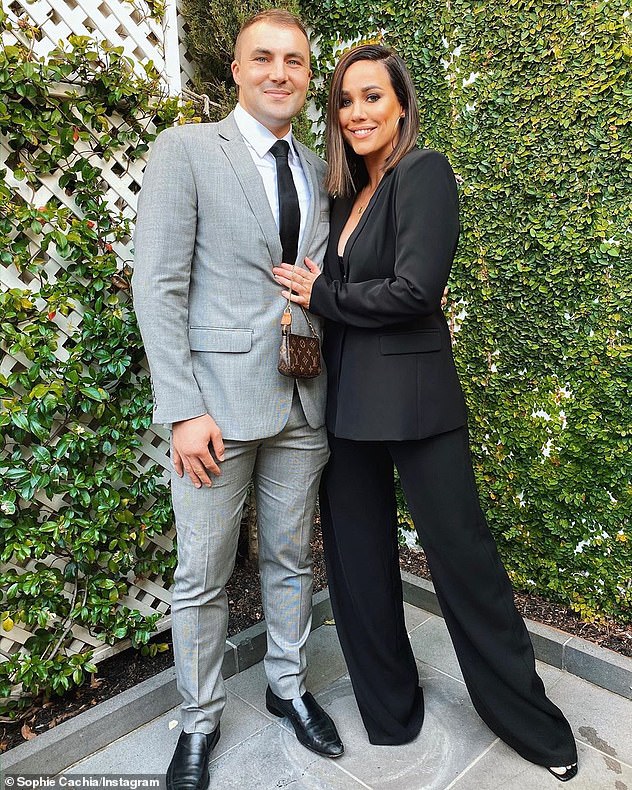 After falling in love, Sophie and Jaryd tied the knot in April 2016. Four years later, she announced their shock split but the couple have since maintained an amicable relationship 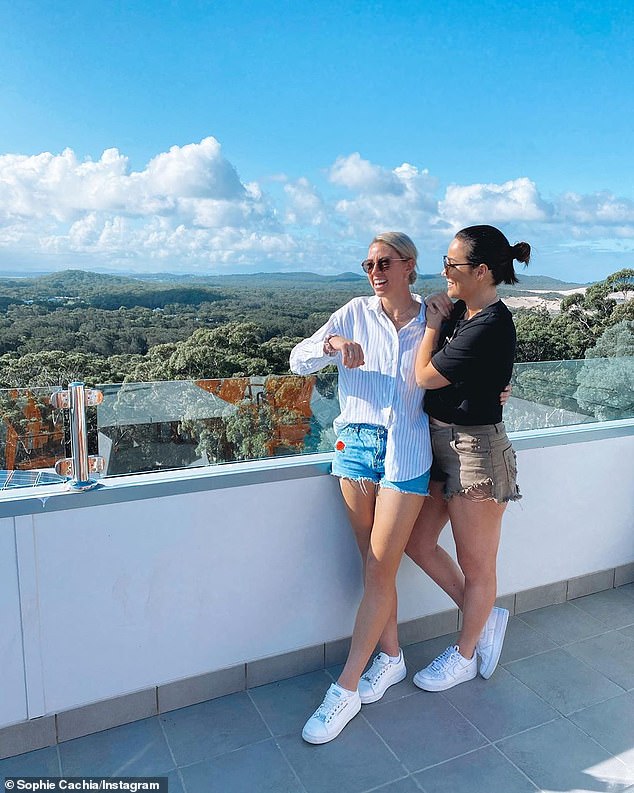 Following her split from Jaryd after four years of marriage, she started dating women before she confirmed her new romance with Alanna amid the coronavirus pandemic

At 22, Ms Cachia welcomed her son Bobby, now aged six. But after giving birth to her now-three-year-old daughter Florence, she began questioning her life and identity.

Following her split from Jaryd after four years of marriage, she started dating women before she confirmed her new romance with Kennedy amid the coronavirus pandemic.

‘Everything and everyone has a place and time. It’s been a long and bumpy road for us to get here, but I’m glad to be in isolation and running out of toilet paper with you,’ Sophie said on Instagram, alongside a picture of her with Kennedy.

Supermodel Halima Aden: ‘Why I quit’