This is the terrifying moment a customer confronted a would-be robber after he stormed into a shop and demanded money.

CCTV footage shows a woman standing at the counter of a shop on Browning Road, Newham, east London, when a weapon-wielding thug wearing a balaclava enters on January 20.

The would-be robber appears to threaten the shopkeeper when he is confronted by the female customer.

The Metropolitan Police were called to the store at around 2.10pm to reports  of an attempted robbery and enquiries are ongoing.

No arrests have been made. 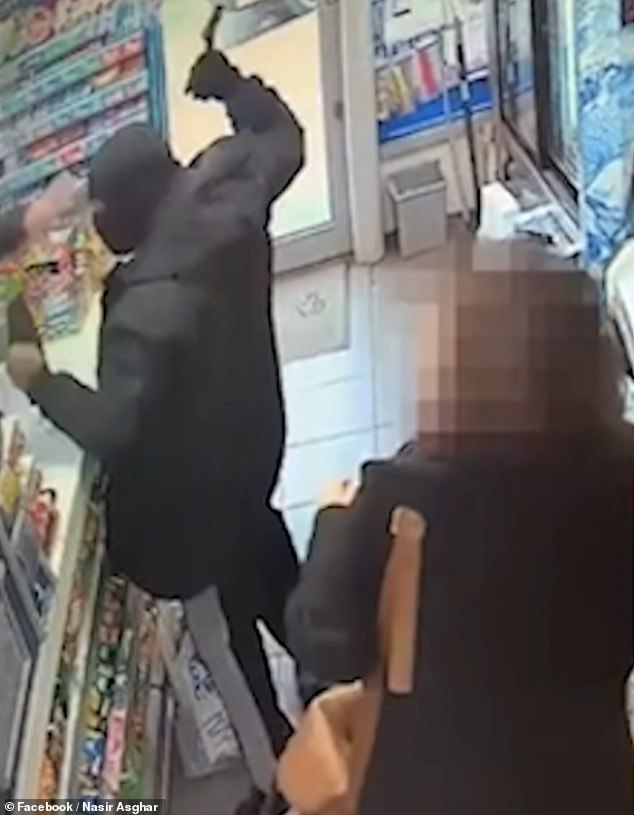 The would-be robber demanded money from the shop keeper after he entered the shop on Browning Road, Newham, east London, on January 20 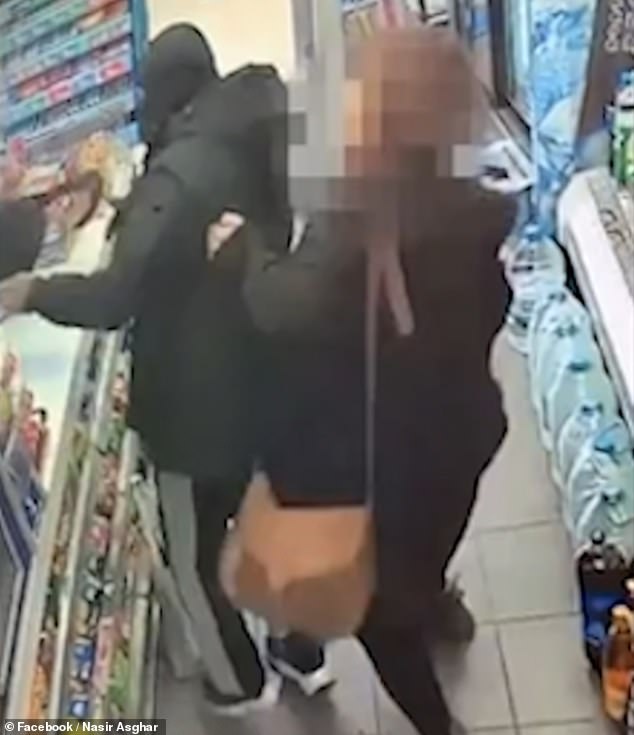 The man, who is wearing a balaclava, is confronted by the female customer who tries to pull him away

During the footage, the woman appears to be talking to a member of staff when the man, who is wearing a balaclava and a black coat, storms in.

He pulls what appears to be a stick from his coat and gestures to the shopkeeper to put money in his bag.

But the female customers tries to pull the man away and pushes him towards the door as he continues to demand money.

The would-be robber raises the stick in the air before the woman pulls his arm down and is knocked to the floor.

Just seconds later the man in the balaclava flees the scene.

A Metropolitan Police spokesperson said: ‘Police were called at approximately 14.10hrs on Thursday, 20 January to reports of an attempted robbery at a shop in Browning Road, E12. 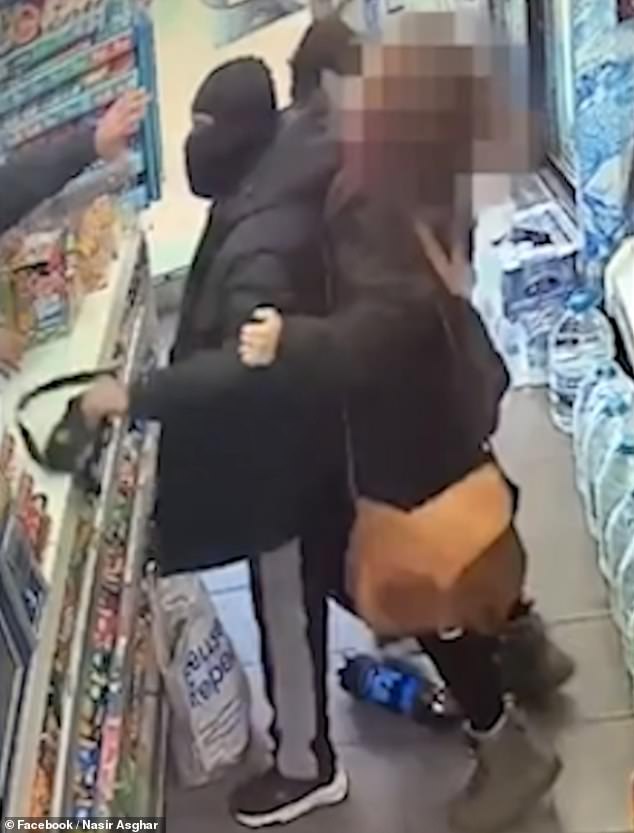 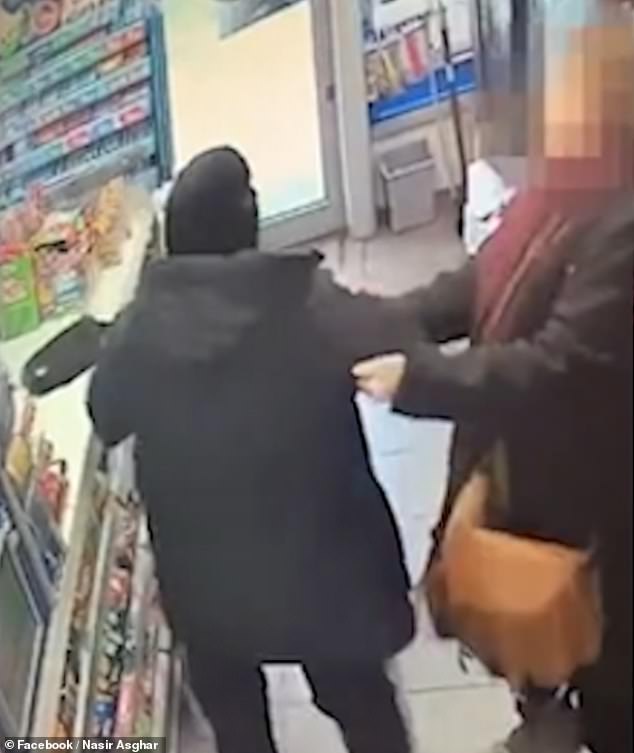 ‘A man entered the shop in possession of what was described as a stick and demanded cash.

‘He was challenged by a customer and a shop worker before leaving.

‘Nothing was taken; no reports of any injuries.

‘Enquiries into the circumstances continue; no arrests.’

NBA: Double ration of Morant and Doncic, who take their competition to the Top 10

If History Repeats, This is When Bitcoin Price Will Hit New ATH With Alt-Season Gearing Up! – Coinpedia – Fintech & Cryptocurreny News Media 2021

If History Repeats, This is When Bitcoin Price Will Hit New ATH With Alt-Season Gearing Up! - Coinpedia - Fintech & Cryptocurreny News Media 2021