Moment Florida woman, 23, is arrested for refusing to wear mask on plane and spitting on passengers


Moment woman, 23, is arrested and forced from Delta flight after she refused to wear a face mask, fought with flight attendants and spat on passengers 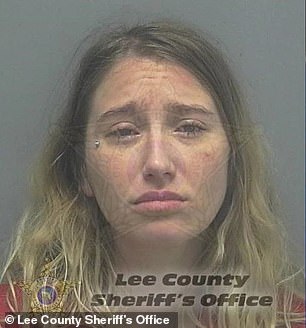 Adelaide Schrowang, 23, was charged with resisting an officer, trespassing and interference with aircraft operations

The moment a Florida woman was arrested and forced off a Delta flight after allegedly refusing to wear a mask and spitting at other passengers has been caught on camera.

Cellphone footage shows the moment Adelaide Schrowang, 23, was escorted off the plane at Southwest Florida International Airport on July 7 when a captain ordered she be removed from the flight.

Airline crew said Schrowang was disruptive as the plane sat at the gate, refusing to wear a mask, arguing with flight attendants and spitting at other passengers, KKTV.com reported.

A passenger recorded Schrowag’s interaction with two uniformed officers who tell her they would ask her just one more time to put her mask on before they were forced to restrain her.

Schrowang can then be heard complaining that officers are ‘not respecting my human rights’ as she is removed from the plane. 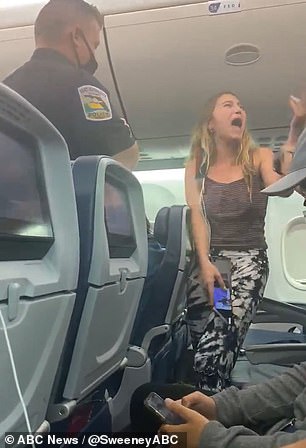 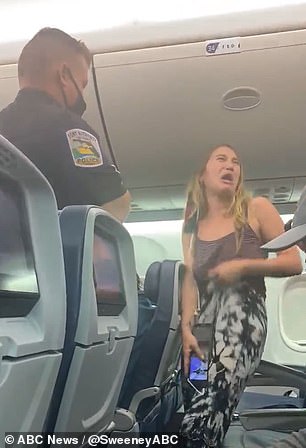 ‘Can you help me to understand as a human that is alive why?’ she emotionally ask the officers. ‘Seriously I’m asking as a person?’

One of the officers, seemingly running out of patience give the 23-year-old her last warning.

‘Here’s what’s happening, were going to deplane the aircraft, I’m going to take you off the plane,’ he says.

She argues that was already going to happen and another officer tells her it wont happen if she willingly gets off the plane. 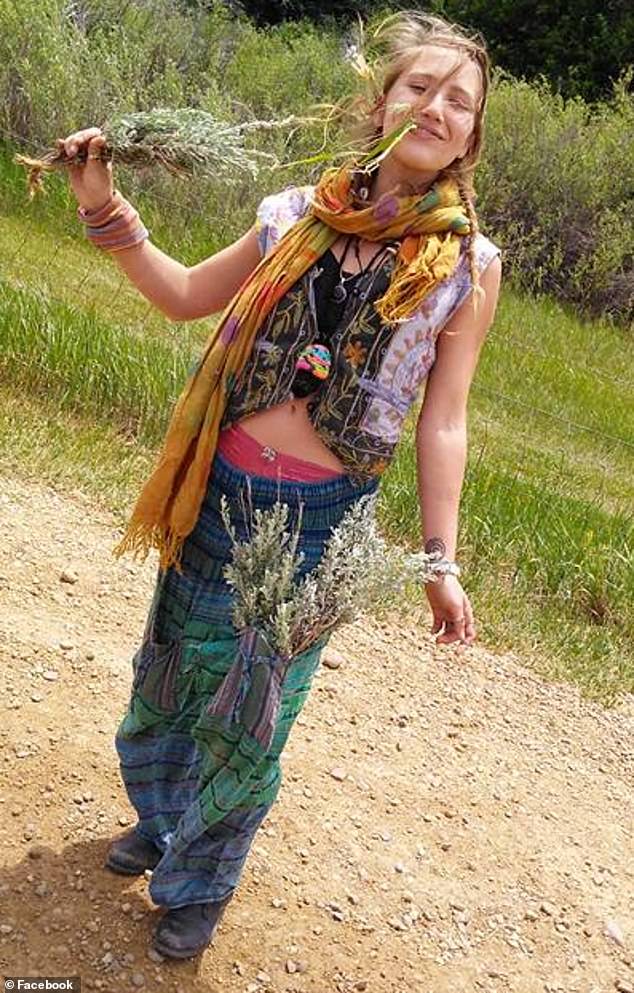 Airline crew said Schrowang was disruptive, refusing to wear a mask, arguing with flight attendants and spitting at other passengers 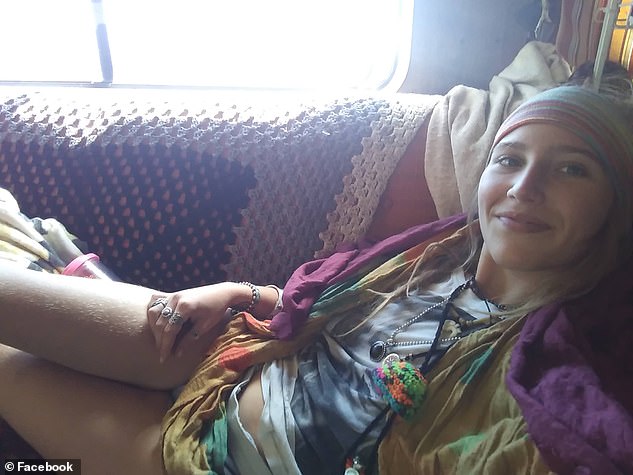 Adelaide Schrowang, 23,  (pictured) was escorted off a Delta flight at Southwest Florida International Airport when a captain ordered she be removed from the flight

Schrowang does not budge and the other officer tells her ‘as soon as they deplane, you’re going to jail, it’s as simple as that’

‘Do you see how that’s a threatening system?’ she ask desperately.

‘That’s the way it is,’ the officer replies.

The officer tells her ‘We’re trying not to arrest you’ and she responds, ‘You’re not respecting my human rights’ and the officer proceeds to grab her arms and move her towards the exit.

The Transportation Security Administration requires all passengers to wear mask on plane until September 2021.

‘TSA is requiring that all airport operators, aircraft operators, foreign air carriers and surface transportation owners and operators ensure that all workers and passengers wear face masks indoors to prevent further spread of COVID-19 and facilitate healthy and secure travel.’

Republican Sen. Rand Paul recently promised to introduce legislation to repeal the federal mask mandate on planes which was met with mixed reactions, with some applauding Paul’s efforts and others raising health concerns about variants and argued people might be reluctant to fly.

Schrowang, who was charged with resisting an officer, trespassing and interference with aircraft operations, continued to be disruptive as she was transferred to jail and during the booking process, KKTV.com reported.

Social media stunned as Tom Cruise attends Goodwood, Wimbledon AND the Euros final in one day

Devin Jose Jones, 30, was arrested and charged on his marriage ceremony evening for allegedly taking...