Three women have been caught on camera punching and kicking each other during a violent fight outside an Oxford Street pub, as stunned onlookers watched on.

Shocking video footage reveals the moment the brutal brawl broke out, as two women can be seen repeatedly hitting and kicking the third one.

The incident took place on Saturday, December 12 outside an Oxford Street pub, as the famous road thronged with festive shoppers.

The video starts with a blonde-haired woman in a blue blazer grabbing hold of another woman’s hair outside of the pub.

She then manages to pull her down to the ground before a third woman intervenes and begins kicking and pushing her.

The two women continue to hit and kick the victim on the floor and while there are several people watching, no one appears to help the woman on the ground. 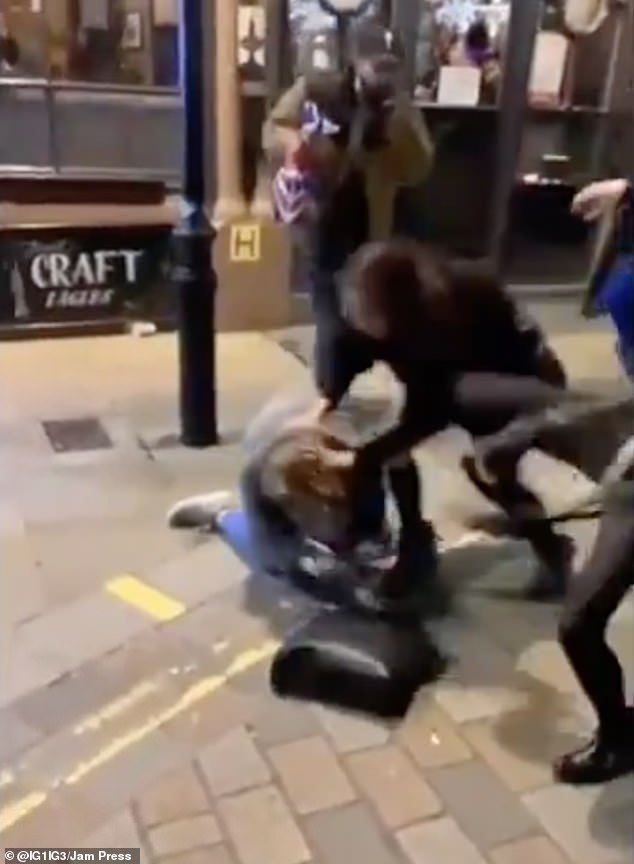 Moments later the footage cuts to a different clip, where the two women are now in a different location and are arguing with a man.

The man can be heard shouting ‘Get the f*** away from me!’ while the two women shout at him.

The woman who was previously attacked, can be seen trying to stop them and can be heard shouting ‘He doesn’t know about your hat’. 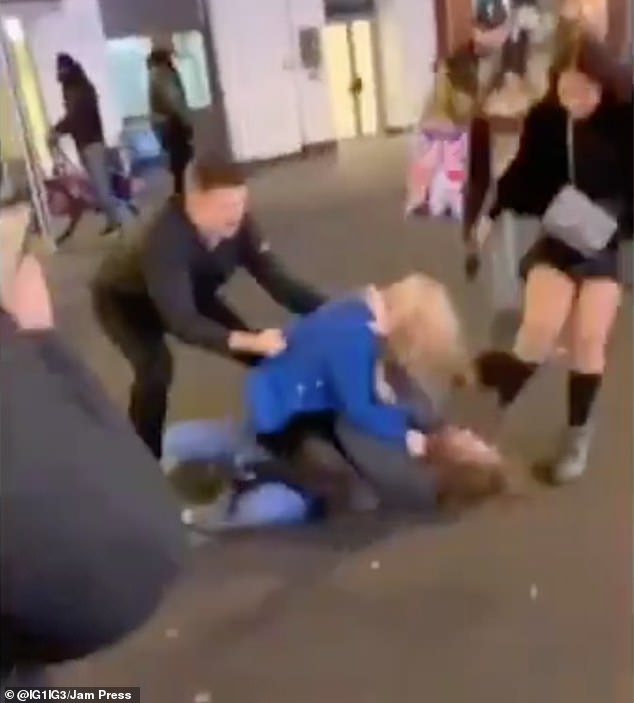 The two women attack again the third one, throwing her to the ground and hitting her.

In the third clip of the video, the women have now been moved to a different location  where the woman in the blue blazer can be seen in an aggressive fight with the female victim in the middle of a road.

While onlookers are watching the violent scene, someone throws a glass bottle on the ground.

At that point two men and another woman decided to intervene and approached the group in an attempt  to break up the fight. 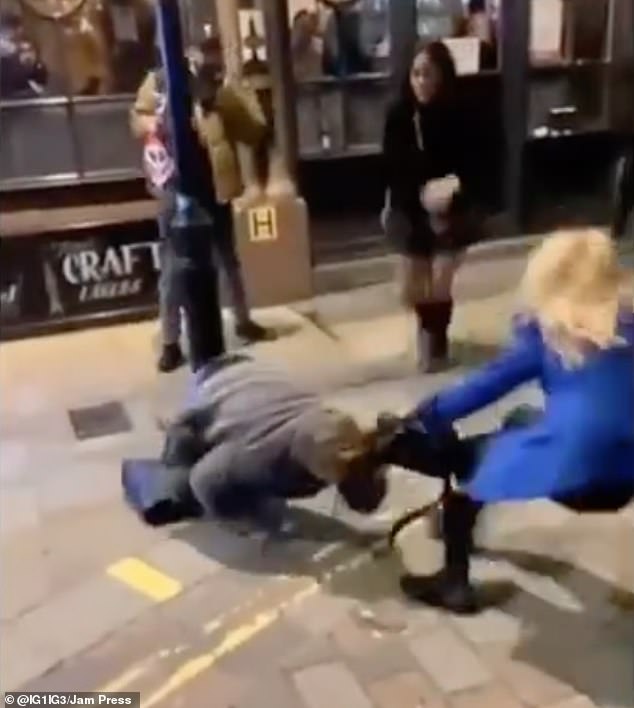 Police were called but no arrests have been made so far, as those involved had dispersed from the scene.

A spokesperson for Met Police said: ‘Police were called at 21:47hrs on Saturday, 12 December to reports of a disturbance outside a pub in Great Windmill Street, Soho.

‘Officers attended and established those involved had already left the area.

‘Further enquiries were carried out and officers have arranged to take a statement from the informant to establish the circumstances.’

Is Gold a buy or sell in December?

A doctor detects an unclear sign of myocardial infarction