Moments protesters pours ‘GASOLINE’ over NYPD van with cops inside


The moment a protester allegedly poured gasoline on an NYPD van while cops were inside was caught on a police officer’s body camera.

A group of people had gathered outside of the station house for the 46 Precinct around 10:32 p.m. on Friday to protest after a man was shot dead by off-duty police and his father was arrested on August 29.

‘While protesting, the group began to push barricades into police officers protecting the precinct as well as throwing eggs at a marked police van,’ an NYPD spokesman said in a news release.

The man then began to douse the van with gasoline from a red gas can, cops claimed. The NYPD told the New York Post that the van drove away before it could be lit on fire.

The NYPD said in the news release that the protester could face state and federal charges for his alleged actions. 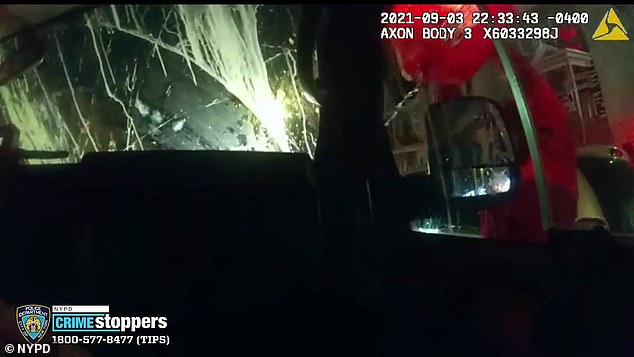 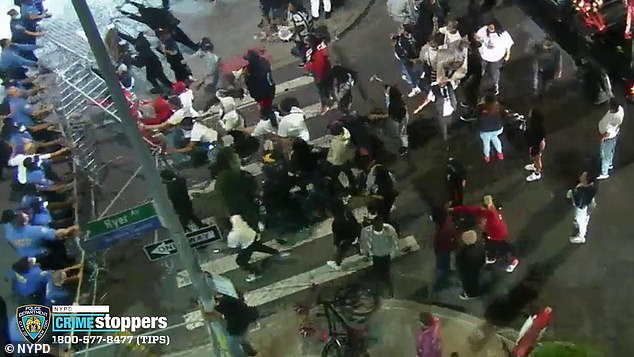 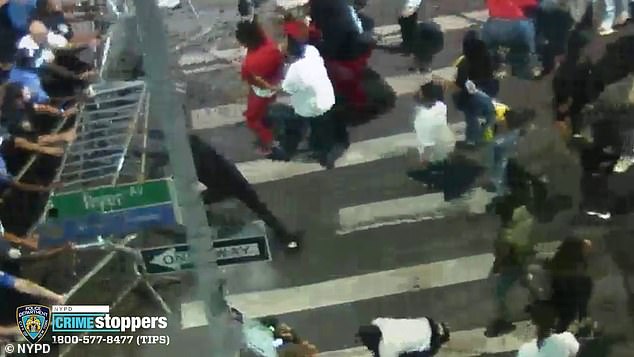 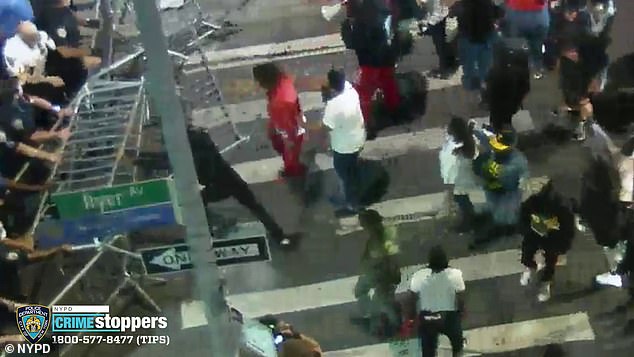 The man then began to douse the van with gasoline from a red gas can, cops claimed 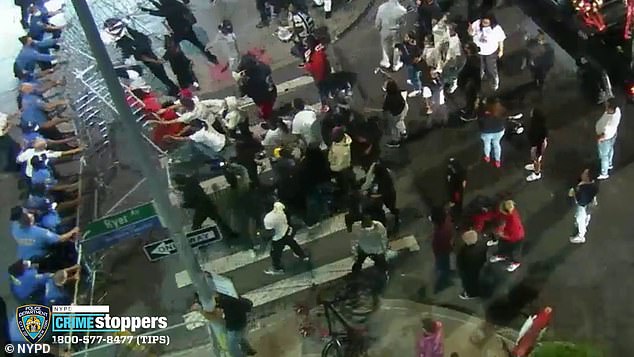 Black Lives Matter protesters have gathered outside the police station house multiple days this week after Mike Rosado, 24, was shot dead by off-duty police officers with the NYPD.

Rosado and his father, 44-year-old Rafael Rosado, had been in a fight that allegedly involved bottle throwing between a crowd gathered outside in the Tremont neighborhood of the Bronx around 4 a.m., the New York Daily News reported.

He then pulled out a gun and shot about 10 rounds toward the group, witnesses told the outlet.

The NYPD claims that two off-duty police officers spotted Rosado with the gun and ordered him to drop it but he opened fire on them, not hitting anyone, cops told the Daily News.

The officers returned fire and hit Rosado in the chest and he was taken to St. Barnabas Hospital where he died from his injuries.

Rosado’s family members claim the two off-duty cops did not identify themselves as members of the NYPD before they opened fire, and that he he had his hands in the air when he was shot.

After Rosado was shot, his father allegedly grabbed his son’s weapon and exchanged gunfire with the off-duty cops until he handed the weapon off to a woman and tried to flee, the Daily News reported.

Rafael Rosado was arrested and has been ordered to be held without bail on a charge of attempted murder, illegal gun possession and reckless endangerment. 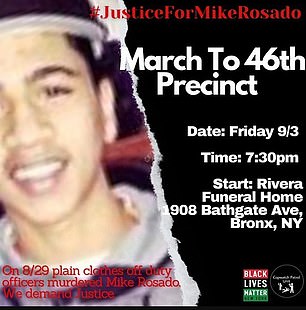 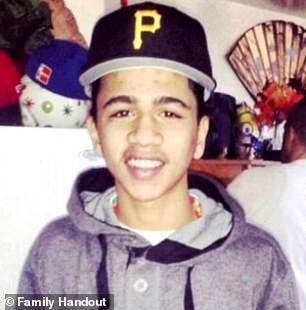 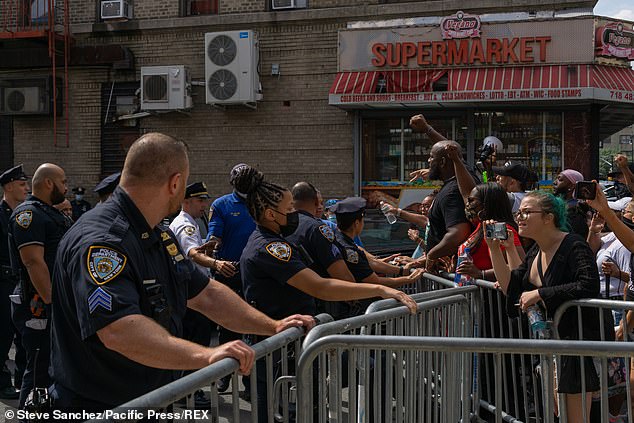 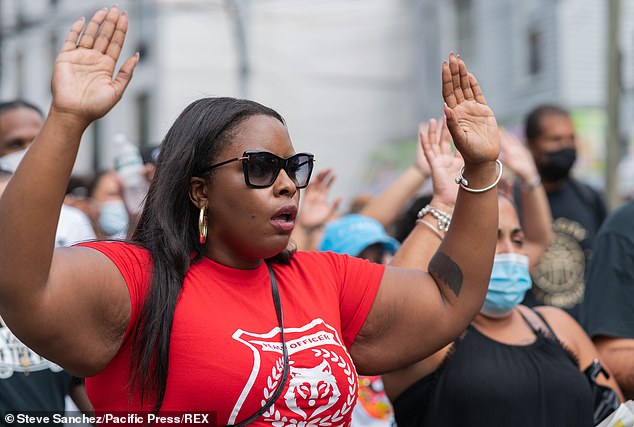 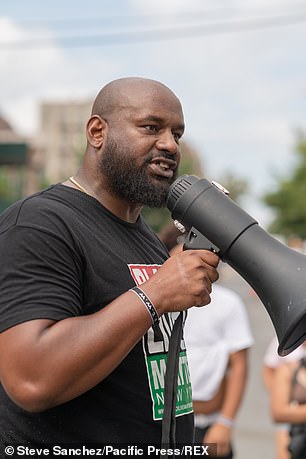 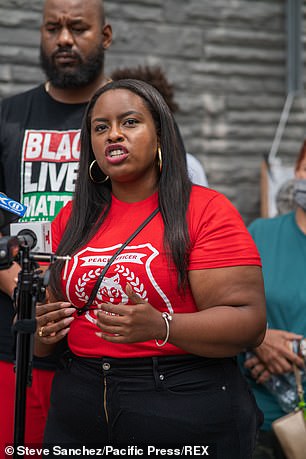 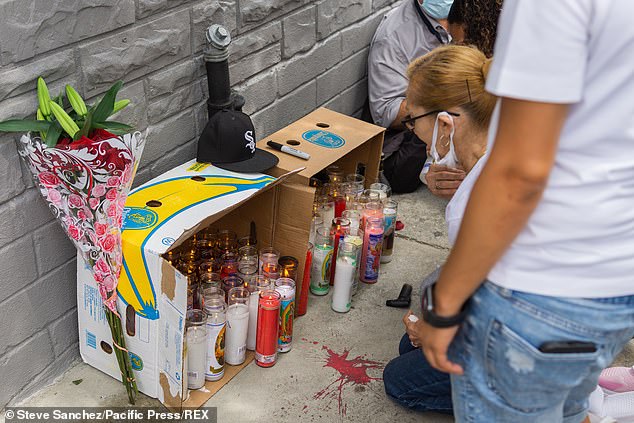 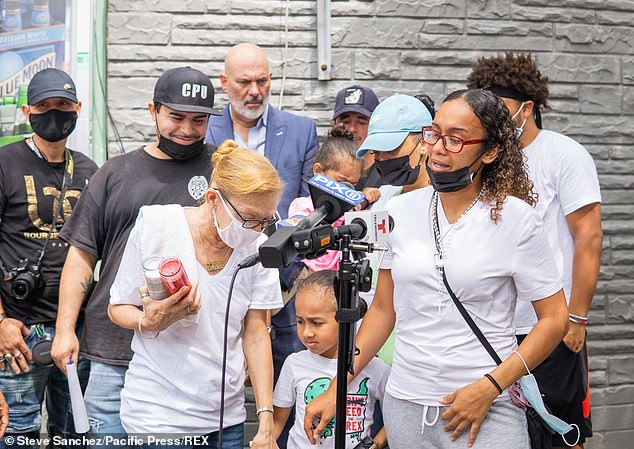 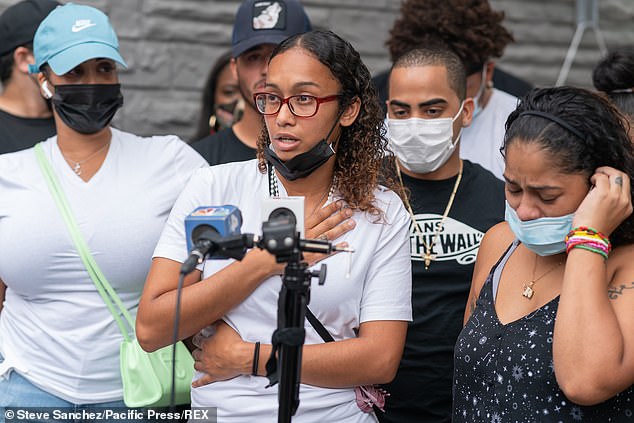 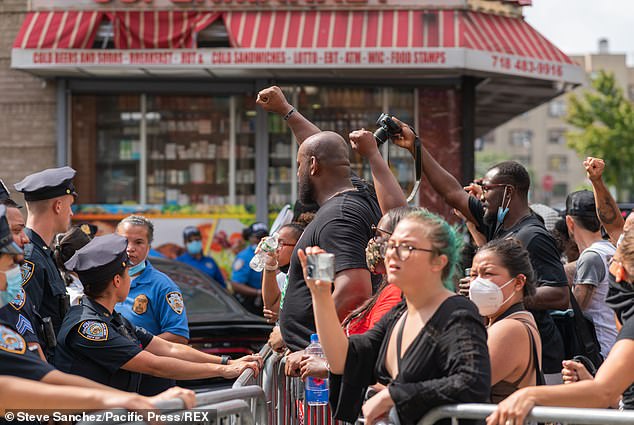 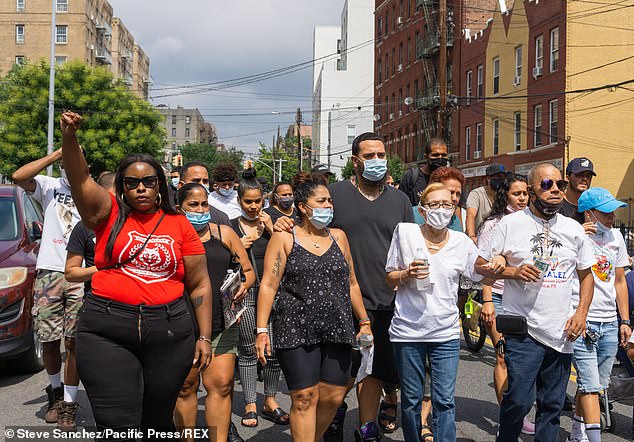 Prosecutors noted during his arraignment in Bronx Supreme Court that Rafael Rosado has been arrested nearly 60 times on charges including drug possession, assault and weapons possession, the Daily News reported.

In the latter incident, five police officers were sent to the hospital and Rosado spent five years in prison, prosecutors said.

Mike Rosado’s mother Marta Negron ripped the NYPD in statements to the New York Daily News, claiming that her son was shot ‘ruthlessly.’

‘By law you’re not supposed to shoot someone with their hands up,’ Negron said.

She added: ‘How was my son supposed to know that it was the NYPD shooting at him? There were shots everywhere.’

Anna Rosado, the young man’s wife, called him a family man who left behind two young sons, who are ages 2 and 5.

‘He’s not a criminal, he’s not a cop shooter. That’s what the NYPD did to us, they broke our family. Now we have nothing,’ she said.

‘He didn’t deserve to die like that. He was 24 years old, his life had just begun. The truth is gonna come out, I promise.’ 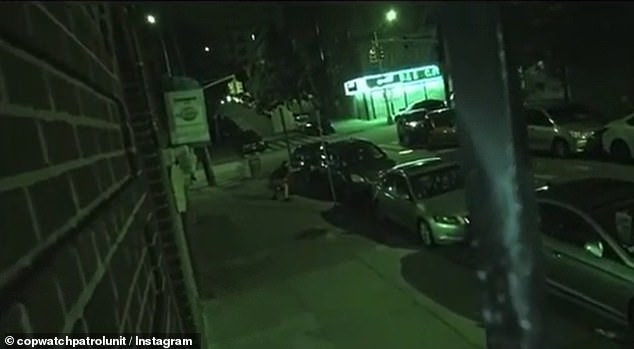 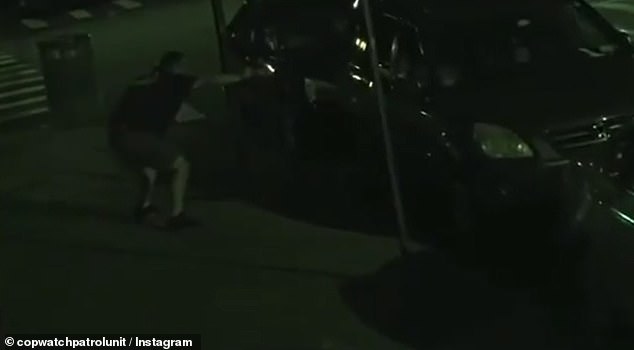 In the video, Rosado’s hands appear to be raised and not holding the weapon

Hawk Newsome, the co-founder of the Black Lives Matter chapter in New York, claimed that the younger Rosado didn’t have a gun when the NYPD shot him.

He posted video footage to Instagram showing Rosado with his hands in the air without the weapon.

A funeral service was held for Rosado at the Rivergate Funeral Home on Bathgate Avenue on Friday before the protest which was attended by a sizable crowd.

Vanessa Gibson, a city council member representing the Bronx, told News 12 that Rosado’s death could have been prevented by his own actions.

She said: ‘This police-involved shooting could have been totally prevented, it was unnecessary, but the young man had a gun and a pointed out at police— what are officers supposed to do?’

PETER HITCHENS: A cashless society is brilliant...if you are a spy or a thief