Check your wallet now! Money expert reveals how to tell if your old $5 note is worth ‘a small fortune’

An Australian money expert has revealed how to tell if your old-style $5 note is actually worth a small fortune – pointing out tiny details which could make you up to $1,750 richer.

The History of Money expert posted a video on TikTok – showing his fans how to identify one of the rare $5 notes.

‘It needs to have a Stevens/Fraser signature combination,’ the man explained in the video. 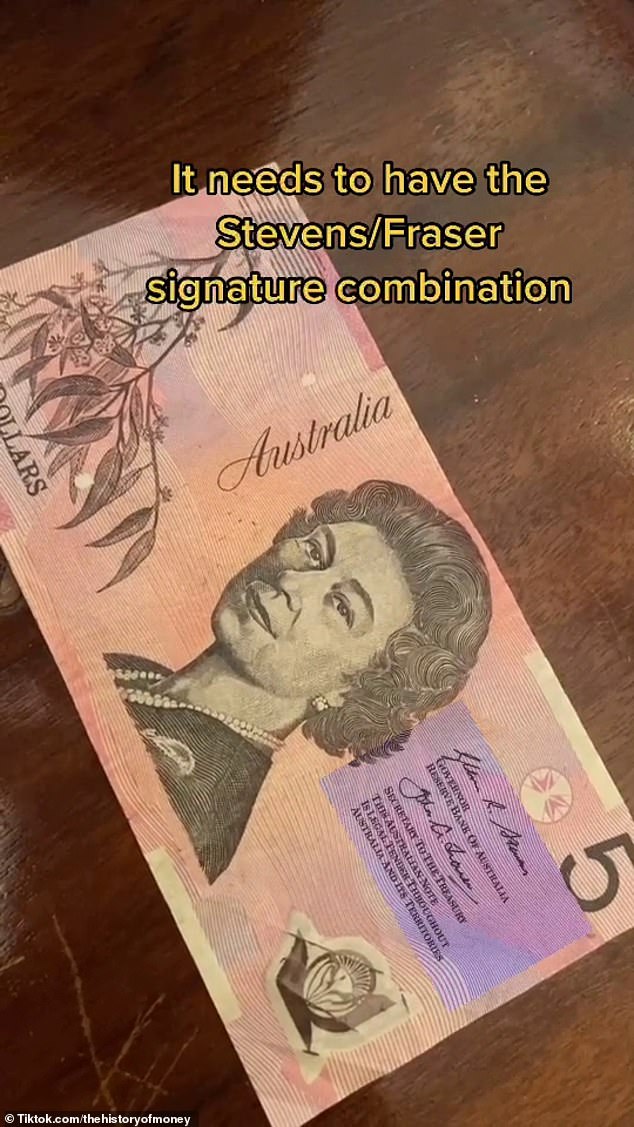 He also said the note’s serial number has to begin with ‘BA 15’ for the note to be worth the big sum.

And most of his fans were impressed.

‘I work at 7/11, if I find one I am definitely replacing it with one of my new notes,’ one man said.

‘You could have told me this before I used it at the canteen,’ one girl said.

The video was liked more than 15,000 times in just eight hours.

‘Knowing I spent $100 worth of $5 notes all at once last year is really hurting me now,’ another woman said.

‘I have been saving these for years, I have hundreds of them,’ one person said. 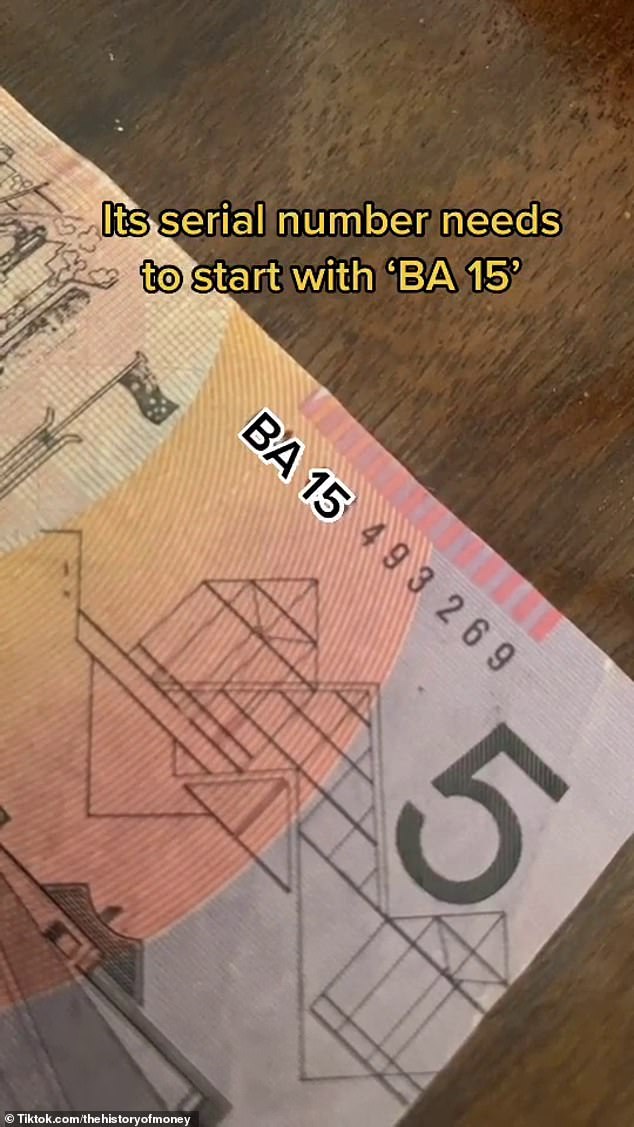 ‘Depending on condition it is worth between $100 and $1750,’  the expert revealed at the end of his video

But some were at a loss as to where they would be expected to find a valuable note.

Some tried their luck with other notes.

‘Mine starts with DG,’ one woman wrote.

But the money expert responded letting her know it was only worth $5.

He later revealed the valuable note was the ‘last print run’ of the old-style note – which is what makes it so popular.

‘They printed these to fulfil increased demand in 2015,’ he added.

One woman bragged she had two of the last edition old-style notes and planned on ‘hanging on to them’ for many years to come.

The TikTokker said notes with the batch number can be successfully sold on eBay.

Otherwise people wanting to get rid of them should see a coin or bank note dealer to get it graded and to discuss a sale.

Chinese Long March rocket breaks up on reentry over Maldives

Teen, 15, commits suicide after being blackmailed for $3,500 over ‘personal’ images on social media

A very important thing happens when a statement is made in a court room to a...