‘I was refused a payout because I was dying too slowly:’ Money Mail wins £240,000 for the father life insurer refused to help

By Larisa Brown for the Daily Mail 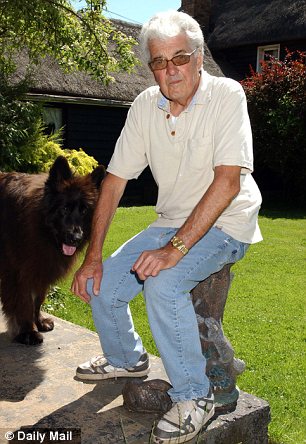 Money Mail has won £240,000 for a dying man who was originally refused a payout on his life insurance.

Michael Onyett, a 67-year-old father-of two-who has incurable motor neurone disease, will now be able to quit work and spend his last days with his family after being handed the vast sum by insurer Scottish Provident.

In June, we revealed how the insurance giant had wriggled out of paying Mr Onyett’s claims effectively because he was not dying quickly enough.

One of the horrors of motor neurone disease — a condition that causes muscles to waste away slowly — is that doctors can never be sure how long the sufferer has to live.

This uncertainty allowed Scottish Provident to withhold a total of £240,000 that Mr Onyett believed he would be able to claim on two life insurance policies with terminal illness benefit.

It relied on small print that meant it only had to hand over the money to someone with less than 12 months to live.

The rejection meant that, despite having slurred speech and frequently choking, Mr Onyett was forced to continue working as a carpenter. Shortly after our story, the insurer had a change of heart.

Mr Onyett’s wife Debbie, 60, says: ‘Money Mail pushed our insurer into doing the right thing, something they should have done when he was diagnosed with a terminal illness. Now my husband can quit his job and we can enjoy the time we have left together.

‘We have time to think about the future and discuss exactly what way he is going to go.

‘I want to extend my thanks to the Mail for their time and assistance.’

Term assurance is one of the most vital insurances couples can buy. It is designed to pay out sums large enough to cover an outstanding mortgage and ensure a surviving spouse or family members have a financial cushion at the most difficult time in their lives.

Last year, policies worth £26billion were sold, figures from the Association of British Insurers show. However, just as in the Onyetts’ case, the complex small print of terminal illness policies — which is only ever sold as part of life cover — is increasingly catching people out.

It has contributed to a growing number of complaints to the independent Financial Ombudsman Service about the sale of all forms of protection insurance, which also includes critical illness and income protection policies. 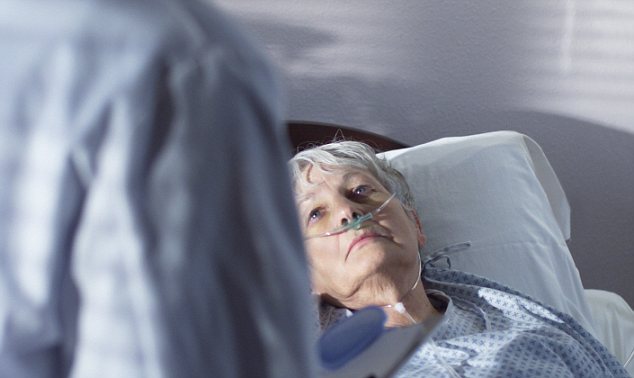 Did you know? More than 7,000 different medical conditions can earn you a higher annual pension payout

Between 2009 and 2011, the number of new annual complaint cases investigated by ombudsman officials rose for all three categories. For life cover, they rose by nearly 60 per cent to 1,432; for critical illness, by more than a third to 817; and for income protection, by more than a quarter to 950.

Mr and Mrs Onyett took out their self-assurance term and mortgage policies with Scottish Provident in August 2002 after consulting a friend who was a financial adviser. They paid £83 a month into one and £177 into the other — a total of more than £30,000 in premiums over the past decade.

They were told that if either of them died or were diagnosed with a terminal illness, the policies would pay out up to £240,000,

Then, in the summer of 2011, Mr Onyett went to see a doctor after he started to slur his speech. He was diagnosed with motor neurone disease — the same incurable illness suffered by scientist Stephen Hawking.

Sufferers with this condition tend to live for only two years at best. Mr Onyett decided to claim on his policies — only to discover Scottish Provident was relying on small print in two documents — one 25 pages long and the other 24 pages — which the couple should have been given by their financial adviser to deny him his payout.

The company’s decision deprived him of the chance to spend his dying days at home with his beloved wife. Instead, despite his illness worsening, he was forced to keep working in order to pay off the £320,000 mortgage on the couple’s £500,000 thatched farmhouse in Essex.

However, after our story was published, Scottish Provident accepted a new assessment from a doctor. This confirmed that Mr Onyett had become very weak, but still could not say for definite how long he could survive. Despite this, the company agreed to pay out the money.

A spokesman for Scottish Provident says: ‘We are very sorry to hear that Mr Onyett’s condition has deteriorated. As a result, we have settled his claim completely.’

Dallas Stars captain Jamie Benn's heartbreaking interview is hard to watch: 'It was a good run'

Dallas Stars captain Jamie Benn's heartbreaking interview is hard to watch: 'It was a good run'