Monster 4.5m crocodile shot dead over fears it would snatch a child from a nearby watering hole


Monster 4.5m crocodile is shot dead over fears it would snatch a child from a popular watering hole

By Peter Vincent and Claudia Poposki For Daily Mail Australia

A 4.5metre crocodile has been shot dead by traditional owners in the Northern Territory because of the risk to people swimming nearby – but the locals’ worries are far from over.

The enormous predator was killed at Kerrk Kerrk Creek and dragged to the roadside about 1km outside of Gunbalanya, where local kids posed for photos with it.

‘Crocodiles in that area have taken dogs lately,’ McLaren said, adding that his own dog, a Caterhoula called Bonnie, was taken by a crocodile in the area.

Gunbalanya, about three hours east of Darwin, is an ‘island in the middle of an inland sea’ because it’s the wet season. 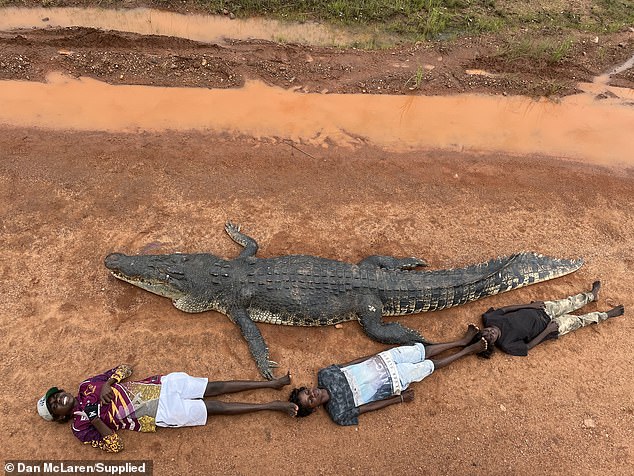 Local boys Layden Garnarradj, Stanley Kerr and Japheth Nawirrdj pose beside a crocodile estimated at 4.5 in length which was shot by traditional owners because of the risk it posed 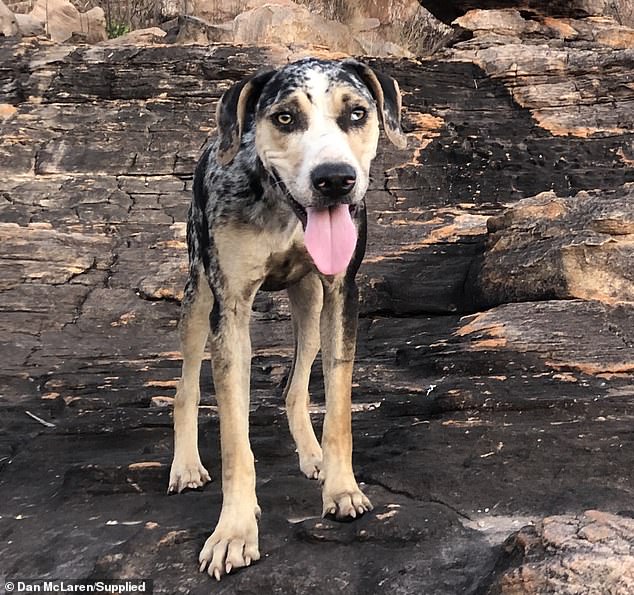 Crocodiles take over the waterways when this happens. The only way in and out of the community of about 1,000 people is by charter flight.

McLaren said the area can be cut off by road for up to six months – making it a crocodile paradise.

So being ‘croc safe’ becomes an essential theme for teachers and students. That includes ensuring children know not to swim in creeks and billabongs without an adult present.

McLaren says many local elders have memories of swimming unsupervised – but that was when crocodiles were hunted ‘almost to extinction’.

‘Now crocodile numbers are back up to the levels of before they were hunted. They’re everywhere.’ 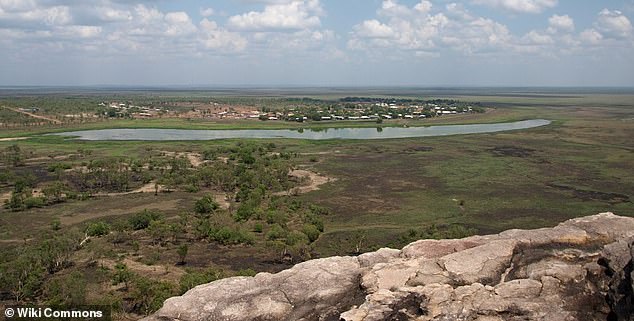 Gunbalanya in the dry season. It is currently wet season, turning the area into ‘an island in an inland sea’ and the crocodiles are loving it 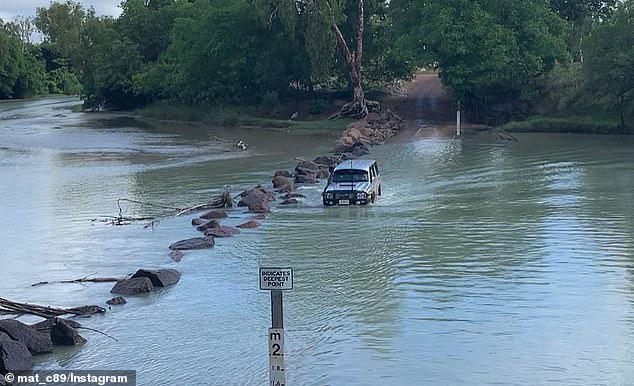 ‘In the dry, you see crocodiles walking through the middle of the town to reach the next billabong and the dogs chase them and hassle them.’

‘They’re pretty vulnerable out of the water and they won’t hunt.’

McLaren, who is from Canberra, isn’t scared of crocodiles though he chooses carefully where he swims.

‘I admire crocodiles. It’d be nice to be able to swim carefree anywhere, but you can’t. The only way to avoid them is don’t go in or near the water.’

Gunbalanya is a few minutes drive from the infamous Cahill’s Crossing which is considered one of the most dangerous road crossings in the world because crocodiles wait at the point vehicles cross the East Alligator River. 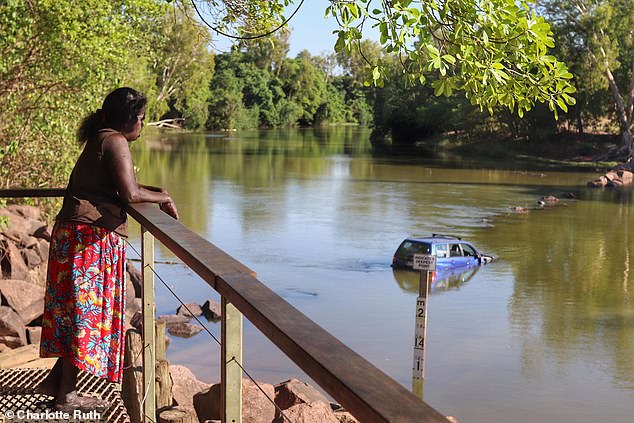 The scenic road is known to attract hundreds of tourists each year, including dozens of bold drivers who attempt to make the daring journey across the East Alligator River

In September, a driver unknowingly ran over a crocodile at Cahill’s Crossing.

The car started to shake as though it had run over something, then a crocodile’s tail thrashed in the water as it swam under the car after lurking beneath the surface.

‘You’ve just run over a crocodile,’ the woman can be heard to say in footage taken at the time.