More than 100,000 Venezuelans crossed from Mexico from Mexico to the United States in 2021 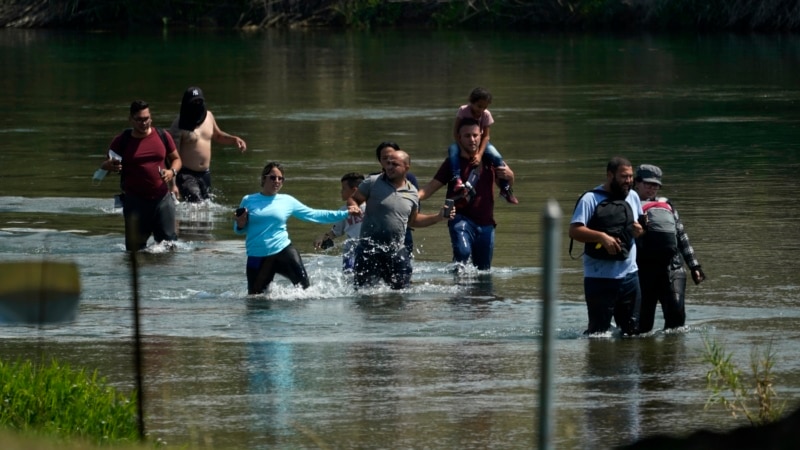 The crossing of Venezuelans from Mexican borders into the United States increased by more than 20 times in 2021 compared to the previous year, revealed the ambassador to Washington of the interim government of opposition leader Juan Guaidó, Carlos Vecchio.

The diplomat cited statistics from the U.S. Citizenship and Immigration Services, USCIS for its acronym in English, to ensure that the crossing of Venezuelans from the border of Mexico to the United States escalated to 108,000 people. A year earlier, there were only 5,000 citizens in that situation.

These official figures reflect that this migration, mostly carried out illegally, paying “coyotes” in the vicinity of Mexico’s Rio Bravo, multiplied last year up to 21 times compared to 2020.

According to these data, the rate of Venezuelan refugees arriving in the United States grew by 2,170% last year, an “alarming” figure, Vecchio opined.

“It is a sign of the deep migratory crisis. This will not stop if we do not solve the underlying problem: the exit of the dictatorship and the return of democracy in Venezuela”, insisted the ambassador of the South American country.

Vecchio assured that the migratory crisis in his nation is “a time bomb” that will continue to increase due to the continuity of the government of Nicolás Maduro, whom the opposition accuses of usurping the presidency.

In his opinion, this unprecedented mobilization of Venezuelan migrants and refugees “will become the largest in the world” and causes political and social “instability” in the rest of the American continent. According to him, this situation benefits the interests of Maduro’s allies, such as Russia.

“The instability of the continent is a Russian gamble against the United States”, whom he accused of being part of a group of “international enablers” of Madurism, in which he also included Iran and China.

Days before, Russia’s deputy foreign minister did not rule out that his country would make a military deployment in Venezuela and Cuba if tensions with the United States increased due to the border conflict in eastern Ukraine. The defense minister of the Maduro government, Vladimir Padrino López, later wrote that military agreements with Moscow had been in place for years.

Vecchio’s revelations become known six days after Mexico began demanding visas for Venezuelans. in order to enter its territory, as a strategy to stem the flow of illegal migrants to its neighboring country.

Venezuelan migration is estimated at six million people. since last year, according to figures from the United Nations multi-agency platform, R4V. It is considered the second largest of its kind in the world, after Syria.

Vecchio denounced the daily reported arrival of hundreds of Venezuelan refugees to the southern border of the United States with the support of “criminal human trafficking gangs” operating in his country and Mexico.

He warned that the Venezuelan migratory crisis generates impact, not only in South America, but also now in nations such as Mexico.

“If the conflict continues, the numbers could be much worse. Even of Venezuelans coming from other countries in the region,” he warned, mentioning that such a strategy was applied by Cuba against the United States in the past.

A girl among the latest victims

A 7-year-old Venezuelan girl, born in the western city of Maracaibo, died when she was swept away by the current of the Rio Grande River while crossing it with her mother and a group of migrants to the United States.

Conditions on that Mexican border are “harsh and dangerous,” Brian Fincheltub, director of Consular Affairs at the Venezuelan embassy, said in a press release from Vechio’s office.

He described extreme temperatures and roads unfit for human transit. Two Venezuelans have died in the area, the embassy said.

“Imposing restrictions on Venezuelans does not end the problem. The solution is to put an end to Maduro’s dictatorship which, in alliance with Russia, among other regimes, plunders Venezuela and deepens a terrible complex humanitarian emergency (…) that destabilizes peace, security”, the diplomat indicated.

Mexico is hosting the dialogue process between the Maduro government and the unitary platform that opposes it, with facilitation by the Kingdom of Norway.

In Quirky PSA, Lea DeLaria Says She’s Not Che Diaz In ‘And Just Like That’

Central Bank of Chile raises its reference interest rate to 5.5%

Central Bank of Chile raises its reference interest rate to 5.5%