More than 2.2million Australian workers could have their pay frozen for at least a year

Why 2.2 million Australian workers could have their pay FROZEN for at least a YEAR as struggling businesses call for a major change to workers’ salaries

Australians working in industries devastated by the coronavirus pandemic could be dealt a fresh blow with yet another possible delay to a rise in the minimum wage.

The Fair Work Commission is reviewing whether to delay pay rises for 2.2 million Australians on the minimum wage across 2021-22 for a second consecutive financial year.

Businesses struggling to bounce back from the pandemic have called for a 12-month minimum wage freeze or to delay pay increases in the worst-affected industries by up to seven months. 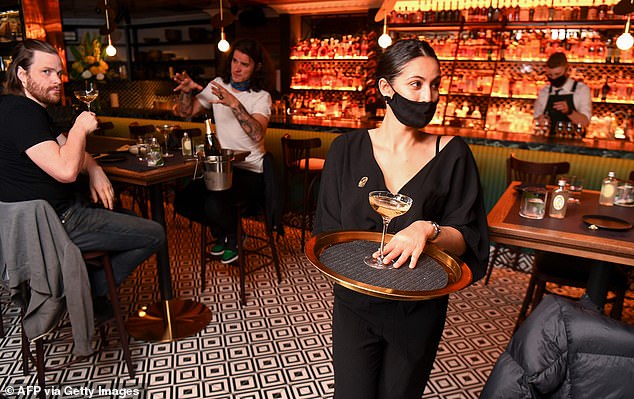 At least at 75 per cent of workers on the minimum wage already waited at least three months for a 1.75 per cent rise, while those in hardest-hit sectors didn’t see an increase in their weekly pay packets until February this year – a seven month wait.

Hard-hit industries have cited the recent end of the JobKeeper scheme and uncertainty over the vaccination roll-out as reason for a 12-month freeze or staggered approach to the pay rise. 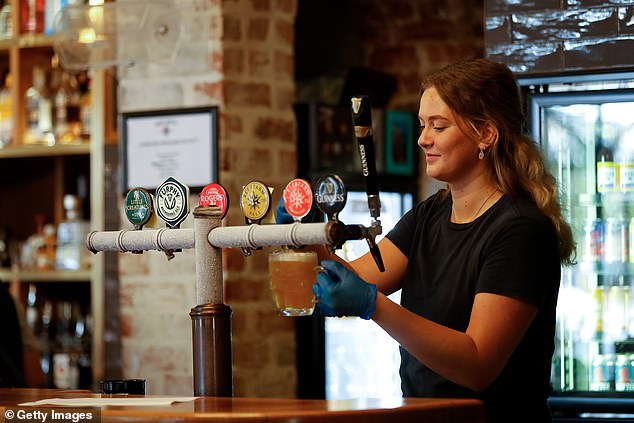 More than 2.2 million Australians may have to again wait for a rise in the minimum wage. Among them most affected will be those in the hospitality industry. Pictured is a bartender in Bunbury, Western Australia

Industry leaders believe pandemic-impacted employers shouldn’t be forced to fork out for a second pay rise within five months as many businesses struggled with lockdowns and wildly fluctuating sales.

‘The commission has reset, potentially permanently when wage increases happen for industries that have been disproportionately affected by COVID-19,’ Restaurant and Catering chief executive Wes Lambert told The Australian. 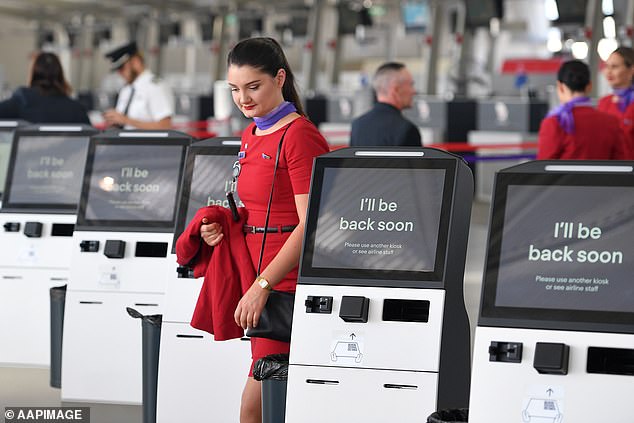 The accommodation, food services, arts, retail trade, aviation and tourism sectors were among the industries hardest hit by the pandemic. Pictured is an airline attendant at Sydney Airport 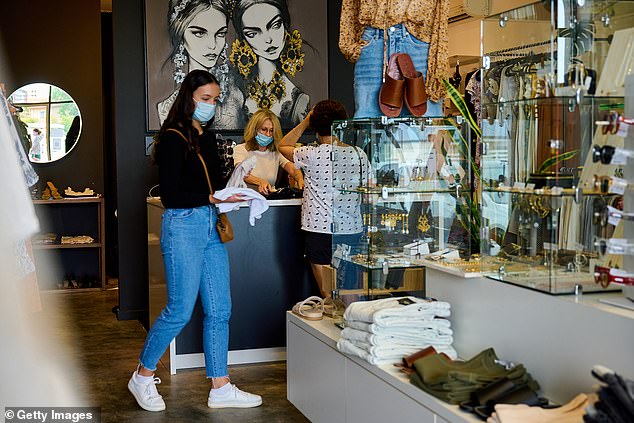 Other employer organisations such as Business NSW and the National Farmers Federation have called for a zero rise in the minimum wage in 2021-22.

Unions have objected the staggered approach and called on the commission to award a 3.5 per cent pay rise to all minimum-wage and award-reliant workers from July 1.

Fair Work Commission president Iain Ross has sought the views businesses as well as the ACTU and the federal government, which urged a ‘cautious approach’ in its initial submission.

Justice Ross also called for feedback on changes on how industries are classified.

A recent report to the commission by Professor Jeff Borland reclassified several industries, with information, media and communications as among the industries most affected by the ongoing pandemic. 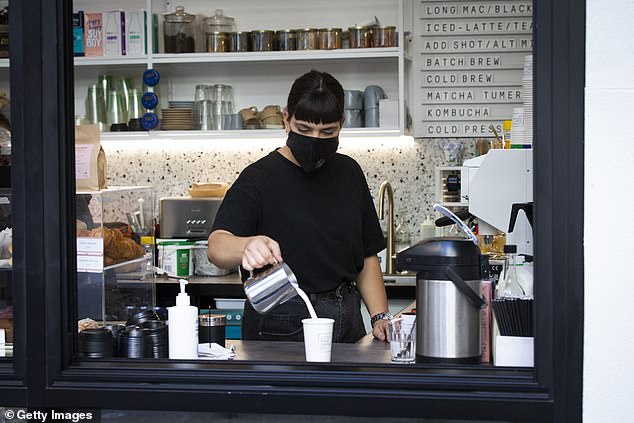 Industry leaders believe pandemic-impacted employers shouldn’t be forced to fork out for a second pay rise within five months. Pictured is a barista in Perth