More than 4 million Americans quit their jobs in one month.. know the details 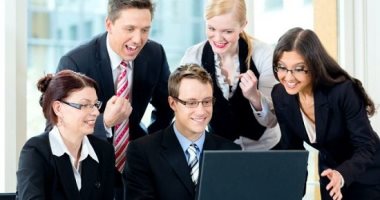 The pace of Americans resigning from their jobs increased, and this appeared significantly in the month of September, as job resignations recorded a historical level, as 4.4 million people gave up their jobs, which represents 3%, according to the latest statistics on job opportunities..

The US Department of Justice said in a statement:So far, nearly 34.4 million Americans have quit, compared to 36.3 million people who left their jobs in all of 2020,” according to Russia’s Sputnik agency.

A tight market where supply is less than demand, where workers have more leverage to relocate and employers do everything they can to attract employees, is already affecting the holiday shopping season, said Julia Pollack, chief economist at recruitment firm Theeb Recruiter..

And Sputnik revealed that the biggest losses in September were in the tense sectors of entertainment, hospitality, retail, manufacturing and health services, and indeed people left their jobs faster in the southern region of the country..

With the high pace of resignations, employers are essentially having to replace almost all of their employees in just two months, Julia Pollack said, adding that it was “really very exciting.”“.

For its part, the Department of Labor recorded 10.4 million additional jobs in September, but the combination of the increase in available jobs with high rates of resignation is also leading to what experts refer to as the “musical chairs game”, as employers in stressed industries fight for the same workers who They are leaving work at record rates.

SOL Price Signals At A Breakout To Spike 30% Towards Its New ATH! 2021

The use of patios has increased over the years. This trend is not expected to change anytime soon, as more people are embracing outdoor living and looking for...

Have you ever heard of "carnivorous bees"? In this report, you will know all the details about this type of bee. Biologists have studied in detail the structure...

It is customary for everyone to look attractive on the red carpet at the Cairo Film Festival, and it is not only about female artists, but also artists...

In recent years, we have been used to nominating black girls in beauty pageants, and some of them may win the title in the end, such as Nia...

Many people spend money buying products they do not need, or just to take advantage of the discounts offered in shops, especially on Black Friday, which is followed...