More than 90% of Americans say front-line health workers should get a coronavirus vaccine first, followed by ‘high-risk’ children and older adults

The majority of Americans say front-line healthcare workers should be the first to get a coronavirus vaccine once it is available, a new survey finds.

More than 90 percent believe doctors, nurses and other medical professionals are ‘high priority’ and should be inoculated ahead of other groups.

Following them should be children with underlying medical conditions and high-risk older adults, according to the participants.

The team, from the University of Minnesota School of Public Health, says including ‘public preference’ when drafting ‘vaccine allocation guidelines’ can make them more legitimate in the eyes of the general population and encourage them to be vaccinated against the disease that has killed more than 200,000 Americans. Researchers surveyed more than 1,000 adults and were asked to rate groups as ‘high priority’ for being given a coronavirus vaccine. Pictured: Gina Plata-Nino receives an injection from RN Bethany Trainor at the University of Massachusetts Medical School in Worcester, Massachusetts, September 2020 Front-line healthcare workers were rated the highest with 91% saying they should receive a jab first, followed by children with underlying medical conditions and high-risk older adults

Earlier this month, it was revealed that Centers for Disease Control and Prevention officials told state health officials to be prepared to distribute a vaccine by late October or early November.

This has left many to fear that the US Food and Drug Administration is under political pressure by President Donald Trump to approve an immunization before the November 3 presidential election.

For the survey, whose results were published in JAMA Network Open, the team posed questions to more than 1,000 adults between April 23 and April 26.

Those deemed the highest priority were ‘front-line medical care staff working with patients with coronavirus’ with 91 percent believing they should get a jab first.

Eighty-one percent believed the next among highest priority were children under age 18 ‘with serious illness who are at high risk’ of dying from COVID-19.

More than 80 percent said people aged 65 and older who are also at high risk of death from the virus should be given priority.

A total of 75.2 percent rated high-risk middle-age people as a high priority group as well as 72 percent who deemed non-medical ‘essential’ workers, such as grocery store clerks and postal workers, high priority.

Just 29 percent of respondents said adults between ages 19 and 64 at moderate risk of dying from COVID-19 should be prioritized.

‘This survey study found that respondents’ preferences were consistent with experts’ emergent recommendations for priority populations for vaccination, suggesting the public would support guidelines that offer vaccine priority to groups defined by age, risk of dying, and employment type,’ the authors wrote. 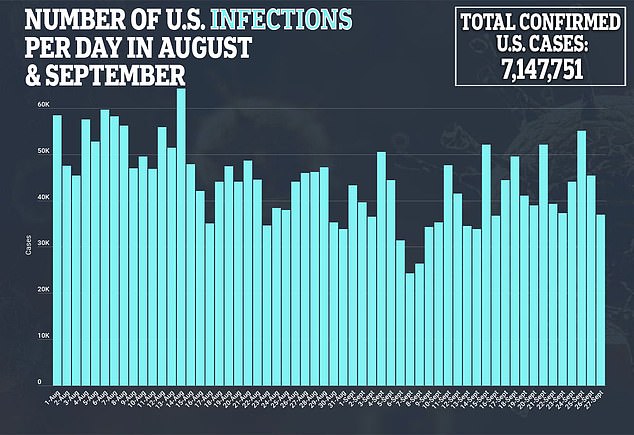 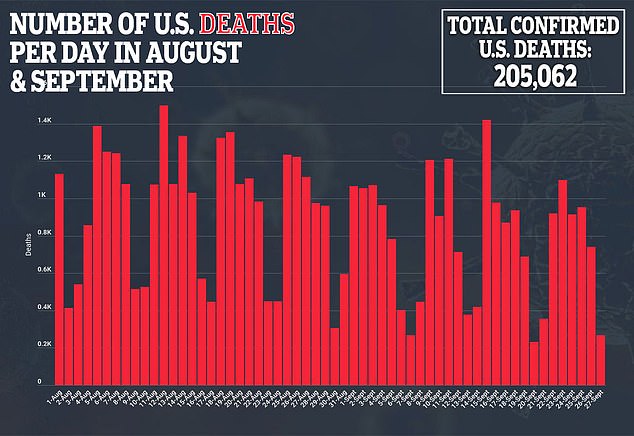 The researchers also noted the several polls that have found Americans are not likely to get the coronavirus vaccine when it becomes available.

A recent survey, conducted by Axios-Ipsos, found that nearly six in 10 people do not want to receive the jab against COVID-19 as soon as it becomes available.

Additionally, a poll from the Kaiser Family Foundation found more than 50 percent said they would not get the jab even if it were free prior to the presidential election.

Health experts say these fears could ultimately prevent the US from curbing the pandemic sooner.

‘Since the public’s hesitancy toward vaccines is a concern, consistent and evidence-based communication on the importance of vaccination and the priority groups for receipt of a scarce vaccine is critically needed,’ the authors wrote. 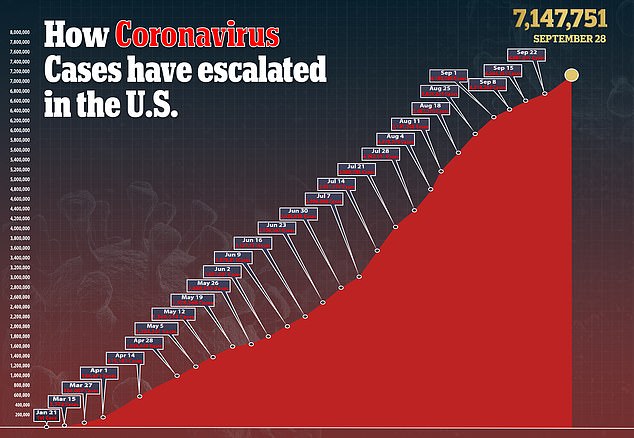