Millions of drivers in London are facing lower speed limits after more than half of the roads in the capital’s built-up areas were reduced to 20mph.

More than 50 per cent of the capital’s roads are now restricted to 20mph and a third of local authorities have also rolled out the measures to stop motorists exceeding the speed limit.

The move comes after the Welsh government announced that it would be trialling eight pilot schemes in built-up areas with a 20mph limit before adopting the new speed limit measure by 2023.

Calls are now being made to extend the 20mph speed limit across the country in an effort to reduce the number of deaths and serious injuries on the UK’s roads. 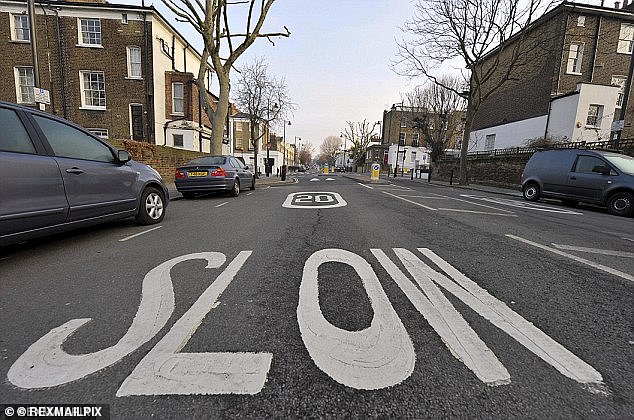 Director of TRL, Richard Cuerden, told The Sunday Times: ‘Current guidance and regulation around 30mph default roads is completely out of date: we need to be thinking about 20mph.

‘Until recently we talked about traffic accidents and accepted that people were killed or injured on our roads as a consequence of going about their daily life. It is not acceptable to us any more.’

In May, Cornwall and Cambridgeshire voted to expand its 20mph schemes and in 2015 Bristol also piloted 20mph limits in two areas.

And in 2020 Birmingham City Council said it wanted to introduce 20mph limit on 90 per cent of the city’s streets.

It came as a survey by the campaign group 20’s Plenty For Us said 70 per cent of people ‘want to live in lower speed places which are safer, quieter, less stressful and cleaner’ and called for the law to be changed to ‘normalise 20mph’.

‘Global goals are supported by backing 20mph/30kmh as the urban norm by changing laws.

‘In a world grappling with huge issues like climate change and Covid-19 recovery, speed reductions are affordable, effective ways to make a better word now and for the future.’ 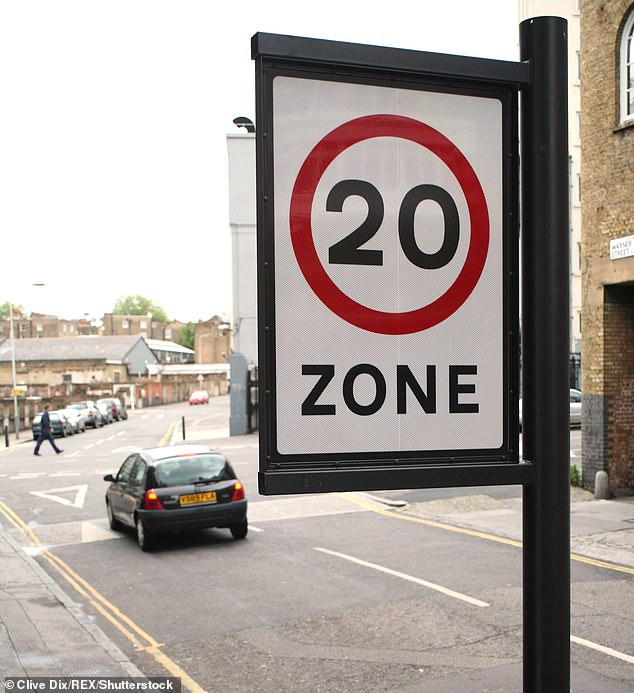 A survey by the campaign group 20’s Plenty For Us said 70 per cent of people ‘want to live in lower speed places which are safer, quieter, less stressful and cleaner’

In 2019, Transport for London announced it wanted to roll out lower speed limits on the majority of roads inside the capital’s congestion zone.

This would mean 5.5 miles of London’s streets would carry a £100 fine for drivers caught speeding.

However critics pointed out that a Department for Transport study found there had been no significant reduction in accidents in areas around the country where there was a 20mph limit.

In October, a study by the Department for Transport found reducing the speed limit to 20mph did not save lives unless speed humps and chicanes were also built.

The research, which reviewed nine studies of 20mph zones where traffic calming measures were in place, made the distinction between speed limits and speed zones.

Speed limits involved road signage whereas speed ‘zones’ also involved the use of traffic calming measures such as speed humps.

Figures from the Department for Transport show there were an estimated 1,580 road deaths in the year ending June 2020 – a  14 per cent decrease from 1,827 in the previous year.

Governor Andrew Cuomo has formally been accused of sexually harassing eleven girls by New York's Lawyer Normal in a...

After shooting outside Nationals Park, DC police union rips politicians who 'won't let us do our jobs'